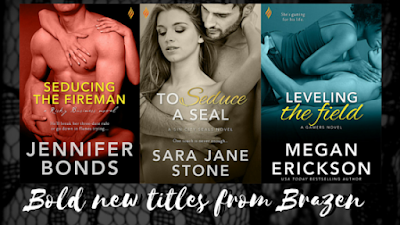 I know how much you love a good binge! Forget those TV shows that have left you hanging for months and grab the latest releases from Brazen. These final titles complete each series which means you get commercial free binges that'll keep you entertained all month long. 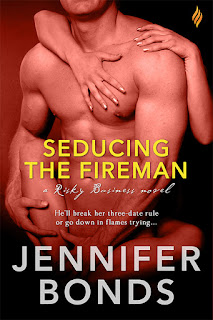 Amazon | B&N | iTunes | Kobo | Entangled | Goodreads
Start the series with Once Upon a Power Play
About Jennifer Bonds: Jennifer Bonds writes sizzling contemporary romance with sassy heroines, sexy alphas, and a whole lot of mischief. When she's not writing or wrangling toddlers, Jennifer can be found curled up with a good book and a bottle of wine. Jennifer lives in Carlisle, Pennsylvania, where her overactive imagination and a weakness for reality TV keep life interesting. She's lucky enough to live with her very own real life hero, two adorable children, and a pair of rambunctious dogs. Loves Buffy, Mexican food, the Winchester brothers, and all things zombie. Sings off-key. 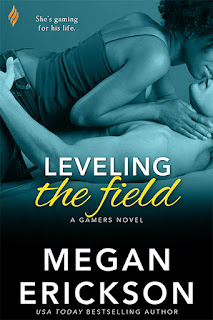 Reclusive magazine exec Ethan Talley is furious when his business partner hires a photographer—a gorgeous photographer who insists on speaking her mind, damn it—to take pictures for an upcoming article. No matter how badly he wants the woman…under him, over him, against the nearest wall…he has reasons for not wanting to be on camera anymore, and his scars are only one of them.

It takes approximately two seconds for Lissa Kingsman to recognize Ethan as the popular YouTube gamer who fell off the planet years ago. But this Ethan is different than the charming man she used to watch, and the crush she had on him then is nothing compared to the way she’s lusting after the brooding man he is today. If sex is all he can give her, fine. Why not use that bearskin rug in her studio for something other than a prop? But she’s determined to put a chink in his armor, no matter how much he resists.

About Megan Erickson: My first stories written in crayon-scrawl on loose-leaf notebook paper were about my childhood pet - a deaf cat with dandruff. And after covering real-life dramas as a journalist, I decided I liked writing my own endings better and switched to fiction. My romance novels full of humor and heart are a far cry from those early scribblings about my hygiene-deficient pet.

I live in southern Pennsylvania, with my husband, two kids and two cats. I like a good pint of beer, a greasy bacon cheeseburger, homemade mac and cheese, and a great book with a happily ever after. When I'm not tapping away on my laptop, I'm probably listening to the characters in my head who just. Won't. Shut. Up. 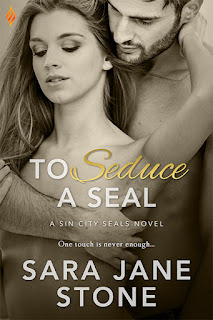 To Seduce a SEAL
by Sara Jane Stone

U.S. Navy SEAL Dante Raske is all about guarding his heart and serving his country, but now that he’s busted his knee on a mission, he needs something to keep his mind busy. Playing bodyguard for a sexy little country starlet until he’s cleared for duty? Just what the doctor ordered.

Chrissie Tate refuses to be a one-hit wonder. If she’s going to take care of her family, she can’t let herself get distracted—especially not by the hot as hell Navy SEAL hired to be her bodyguard. But when a crazed fan attacks, she changes her tune. She’ll keep Dante around…if he agrees to teach her self-defense.

Except their close-contact lessons quickly become steamy bedroom sessions. And it’s up to this Navy SEAL to save Chrissie’s career—and his heart—before their explosive passion consumes them both…

About Sara Jane Stone: After several years on the other side of the publishing industry, Sara Jane Stone bid goodbye to her sales career to pursue her dream - writing romance novels. Armed with a firm belief that dreams do come true, Sara Jane sat down at her keyboard to write fun, sexy stories like the ones she loved to read.