Blog Tour: Too Hot to Handle by Tessa Bailey

Welcome to the Inkslinger blog tour for Too Hot to Handle by Tessa Bailey! You can probably tell by now, but I am a huge fan of Tessa Bailey. Check out her latest book! 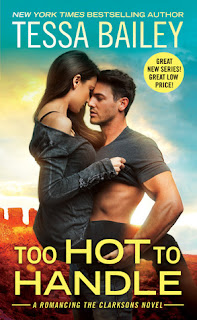 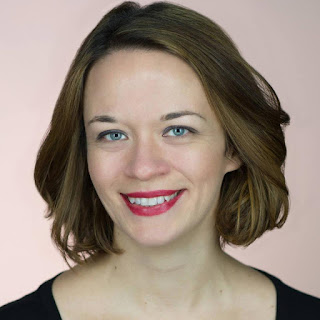 “Believe this, Rita. I think you’re gorgeous as sin and I need your mouth on mine.”

Rita nodded, meshing their wet lips together in the process. “I want to believe that. You might have to help me.”

Their mouths slanted and somehow—somehow—that feast of lips and tongue and teeth was even more potent than the night before. His knee rammed into the bike—almost as if his leg had tried to buckle—shooting pain up his right thigh, but it vanished under the pleasure. Vanished into vapor. The stroking, hot, abandon of Rita. They were both breathing through their noses so as not to break the voracious mouth-fucking they were engaging in, and that shouldn’t have been so all-out sexy. But it sure as shit was. They were attacking each other with seeking tongues and open lips, playing chicken to see who would give in first.

When her hands slipped under his shirt and pulled down on his belt buckle, putting pressure on Jasper’s cock, he cursed into her mouth, securing his fist in her hair like a goddamn barbarian. And she liked it, too. Why else would she be tugging on his belt, encouraging him to rock into the notch of her pussy? Too far. This was going too far. Any farther and they’d end up somewhere naked.

She’d leave the encounter with no doubt of his experience, because, hell, Jasper knew every button to press, when to change rhythm, when to be forceful or pull back. Knew it all. But Rita wouldn’t look at him the same way afterward. She’d see the local tramp, like everyone else.

She’d leave. And he’d have failed in his one attempt to be more to someone.

Jasper tore his mouth free, releasing a gruff exhale into her neck. “You have me ready to bust in my jeans, beautiful. I was smoother than this in high school.”

“That’s a scary thought,” she breathed out in a rush, her fists still curling in his shirt. “Was that the other half of your apology for last night? B-because I have to say, it was pretty effective.”

“At the risk of sounding arrogant, Rita, I haven’t even moved my hips yet. You’ve barely gotten a preview of how thoroughly I can…apologize.”

“Don’t leave me in suspense,” she whispered, those golden-brown eyes going as big as salad plates.

Don’t do it. You’ll have a hard-on for a decade. “If you agree to go out with me tonight, I’ll rub that wet, aching seam of yours with my own ache.”

Rita’s head fell back on a whimper. “Fine. Yes.”