A Look at 2015: Statistics and Numbers

Like the last couple of years, I'd like to share my end-of-the-year statistics roundup with you all. 2015 was an excellent year in reading and in number!

Here are some numbers and data for 2015:

Data for Books read/reviewed in 2015: 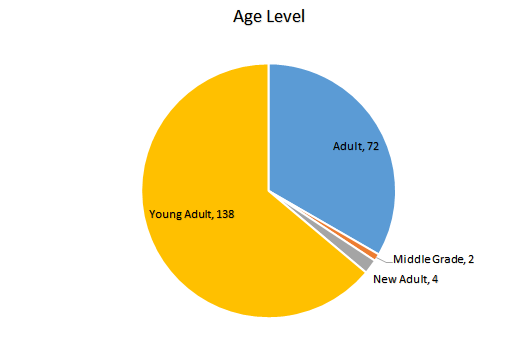 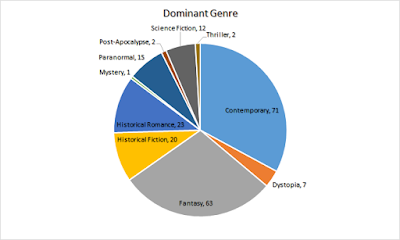 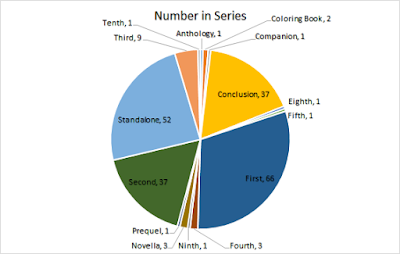 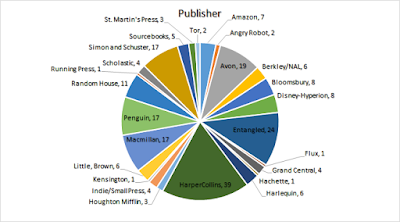 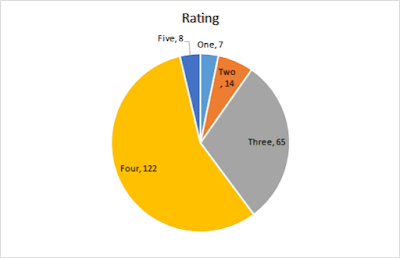 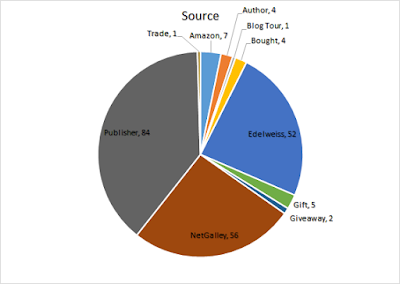 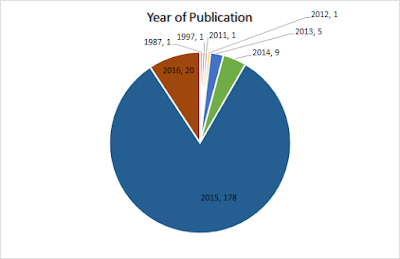 - Age Level: I more than doubled the amount of adult books I read, from 2014 to 2015! That makes me happy. Still VERY heavily YA based.

- Dominant Genre: contemporary overtook fantasy! I think it's because of the amount of adult contemporary romance books though.

- Number in Series: I am so proud of myself for reading more standalones and conclusions! "First" books still dominated but YAY for completing series and not starting new ones!

- Publisher: it's no surprise that HarperCollins dominates, in both YA and Adult. In my pie chart, "HarperCollins" refers to their teen imprints only (HarperTeen, Balzer+Bray, Katherine Tegen, etc.). Avon is actually part of HarperCollins too! An adult imprint.

- Rating: Generally it seems that I like what I read. I continued to have a low amount of five-star ratings, but an even higher amount of three-star ratings. That "meh" feeling though.

- Source: The number of books from the publisher (meaning printed ARCs) jumped A LOT. It overtook Edelweiss which is a huge surprise for me. O_O But I had a jump in NetGalley reads - this is indicative of the NetGalley cleanse I went on!

- Year of Publication: 2015 dominated, as it should have. But this tells me that I didn't do as good a job with backlist titles as I wanted (every Friday is a backlist review day -- usually).

- Read more backlist.
- Read less in general. (uni comes first!)
- Comment on unfamiliar blogs.
- Comment on blogs (any) without them commenting on mine first.
- Do a little more on Twitter.
- Attend more events. (This isn't quite my fault - Baltimore doesn't have many!)

And there you have it! The Eater of Books! blog in terms of numbers, for 2015. I thought I had a good year, despite technically scaling back in reading (in September, I cut back from four reviews per week to three. Or I was supposed to. I did for most weeks!). I can't wait to see what 2016 brings!
Posted by Alyssa at 12:00 AM