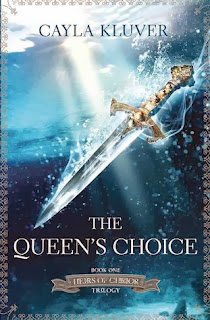 Magic was seeping out of me, black and agonizing. I could see it drifting away. The magic that would let me pass the Road to reach home again.

When sixteen-year-old Anya learns that her aunt, Queen of the Faerie Kingdom of Chrior, will soon die, her grief is equalled only by her despair for the future of the kingdom. Her young cousin, Illumina, is unfit to rule, and Anya is determined not to take up the queen's mantle herself.

Convinced that the only solution is to find Prince Zabriel, who long ago disappeared into the human realm of Warckum, and persuade him to take up his rightful crown, Anya journeys into the Warckum Territory to bring him home. But her journey is doomed to be more harrowing than she ever could have imagined.

So, so many things. I had so many problems with this book. The length, the boredom-induced story, the story/plot, the characters, the fail of a romance, the lack of interest (is that boredom?)... bleh.

I'll start with the length of this novel. WOW, this book was long. Usually, length does not bother me. I have no problem reading books that are hundreds and hundreds of pages long. 300, 400, 500, even 600 pages, I can handle. But this book didn't need HALF the content it had. Remember how I said that I loved the writing style? Well, it was gorgeous, but it totally lent itself to the length of the book, and not in a good way. It is not necessary to comment about EVERY LITTLE DETAIL. I promise, it's not. We don't need to know about every single tiny specific detail of anything.

This leads to my next dislike: I was SOOOO bored, while reading this book. I have never come as close to NOT finishing as I did with this book. You all know how I'm not in the habit of "DNF"-ing books? I was so close, you all, SO CLOSE. This is THAT BAD. It's so boring. The writing style is gorgeous, but after a while, it gets repetitive and tedious and boring. This book is written in first-person, and let me tell you, the protagonist Anya's voice is terribly boring. It's so bad, trying to read things from her point-of-view. I seriously wanted to fall asleep on more than a thousand occasions, while attempting to read this book.

The story is so, so boring. Basically, Anya decides that it is her responsibility to go find Zabriel, the heir to the faerie throne. Funny, because she is the one who will inherit the throne, if Zabriel does not come back. Which he won't, apparently. To begin with, the entire point of this book is STUPID. Anya was NOT supposed to go find Zabriel - that was her cousin Illumina's job. Then, Anya goes out in the world, and she loses her faerie wings. BIG MISTAKE, IDIOT. You should have known better from THAT POINT. That's like, 10% of the book. The other 90% is Anya and a human she meets, Shea, traipsing around the human world, getting themselves into crazy, stupid situations. Really, people with half - no, a quarter - of a brain could have avoided most of those situations.

Which brings me to my fourth point. The characters are STUPID. Like, real dumba****. I don't like a single one of them, save Zabriel, because he had the sense to get out of the faerie realm, and he still has his wings, and he doesn't want to go back. The only stupid thing he did was trust Anya.

Ugh, Anya, What a stupid, stupid faerie. A dumb, brainless girl. She thinks she is invincible, really. Oh, I'm a faerie, therefore I can just march into the human world and DO WHATEVER I WANT. No. Just, NO. Then, after she loses her wings, she mopes around for the entire book. THE ENTIRE BOOK. Like, yes, mourn for the wings. But seriously, pick yourself up, dust yourself off, and STOP WHINING.

Yes, Anya is a whiner. And a complainer. I don't know how people can see her as "strong" and "brave" and a "fighter". I hate those words in YA literature sometimes - very rarely is the heroine ever worthy of being called "strong", "brave", or "a fighter".

Don't even get me started on Shea. I hate her so much. NOT even because of what she did at the end of the story. Good for her on that one. No, I hated her because Kluver totally constructed her character badly. Like, she's supposed to be defiant and outspoken, but to me, it comes off as forced and fake. When she is outspoken, it seems forced in the situation. Shea is so fake, as a character.

Honestly, all of the characters seem either flat or fake or both. Except Zabriel, maybe.

Ha! On to my fifth point. The romance is a FAIL. Like, I can appreciate the fact that there is hardly any mention of romance in this book. You know how I like it when the romance in YA books don't dominate the plot? When the romance is secondary? When the whole world isn't depending on the romance? Well, that is how the romance is, in this book. But then, it's not. Anya is bonded (or whatever) with Davic, but since she is no longer a faerie, she can't enter the faerie world, and she can no longer feel the bond between her and Davic. And guess what happens when Anya is in the human world?!

Yup, you guessed it. There is a love triangle coming in this series. Maybe not quite in this book, but it will manifest in the second book. Anya strings along Davic, and she has a human. So, realistically, the romance CAN overtake the overall plot of this series. Because humans and faeries don't mix - the only one known is Zabriel. So, it would be a big deal if Anya picked the human, even if Anya herself isn't technically a faerie anymore. This is stupid.

My last point... lack of interest. Guys, I was so excited to read this book. A fantasy novel, by the legendary Cayla Kluver. What could possibly go wrong?! 512 pages? No problem! Well, apparently, there WAS a problem. Or many problems. My favorite genre is fantasy, especially high fantasy (like this one), and I was super disappointed. The entire time I was reading this book, I couldn't care less what was happening. Kluver, Anya, and this story could not hold my interest.

Wait, I have one more point: I'm so confused about some things. It takes a good amount of craziness to confuse me... I don't get confused easily. But I could not keep track of the random places in this book, or the weird customs, or the unnecessary flashbacks. The flashbacks were so stupid, because it wasn't like there was a pattern to them, in the structure of the book. And honestly, after one or two, I just started skipping them. No point in reading something that doesn't help me.

Then again, I should have used that logic with this book, and stopped reading after like, 3%. Too bad I can't NOT finish books. I force myself to read and finish them. I really, REALLY had to force myself with this one. Argh.

Bottom line: this book was a waste of my very precious time. It's not easy, reviewing and blogging while in college (especially the college I'm attending). So, I'm mad that I wasted my time. It's no one's fault but mine for choosing to read this book... well, the author did write the book. Ugh. C'est la vie.

No, not at all. Not even to old fans of Kluver who liked her Legacy series. This book was just BAD. I mean, I feel like I'm in the minority, but seriously, there are so many others books that I am DYING to read... and I forced myself to struggle through this one. Save yourself the trouble, and read something you really want to read.

1 star. UGH. I hate feeling like I've wasted my time, but unfortunately, that's how I feel about this book. What a way to start the year! Although, this is my third review of 2014.