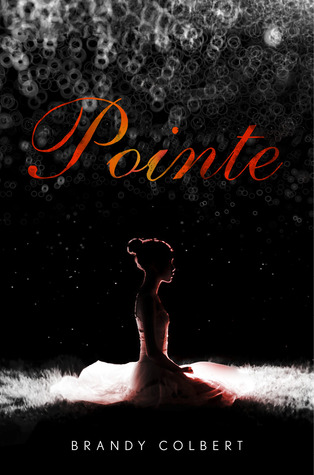 She's eating again, dating guys who are almost appropriate, and well on her way to becoming an elite ballet dancer. But when her oldest friend, Donovan, returns home after spending four long years with his kidnapper, Theo starts reliving memories about his abduction—and his abductor.

Donovan isn't talking about what happened, and even though Theo knows she didn't do anything wrong, telling the truth would put everything she's been living for at risk. But keeping quiet might be worse.

First, a HUGE thanks to Madeleine of MadnBooks, who traded this book for a copy of Throne of Glass (somehow, I ended up with one hardcover and three paperback copies of Throne of Glass. Now I just have the hardcover, which is signed, by the way. Yay for me not being a complete and utter glutton). I've really wanted to read this book, for about two years now, so when I saw this trade offer on YA Book Exchange, I was all over that. And Madeleine made the trade and shipped the book and I received it in like, less than two weeks! Fabulous.

Anyway. Book. It's obvious to readers from the beginning that something happened to Theo, and that she is still recovering from whatever it is that happened. We don't know what EXACTLY happened, or how Theo had to deal with the aftermath, but slowly, we see that it has to do with her eating habits. When Theo's friend and neighbor Donovan comes home after being missing (kidnapped) for four years, Theo's own ordeal surfaces. The two situations (for lack of a better word, forgive the insensitivity) are related, but it takes the most of the book to see how and why.

I'm not sure why this one worked so well for me. Perhaps it was the approach to the novel, to the "tough issue" (or the multitude of them), or the protagonist herself. Usually, with tough-issue novels, I HATE the protagonist, because her decisions and her logic generally makes no sense. Like, for example, NOT reporting rape or physical abuse. Or hurting yourself. I don't want to get started on these issues because yes, there is always a psychological explanation for everything. But this book features a different kind of story, and a different type of mindset.

I hope I don't spoil anything in this review. But Theo isn't the typical heroine that blames herself for everything and hurts herself and keeps quite because it's HER FAULT. She does keep quiet about what happened, but because she is completely convinced that nothing wrong occurred between her and a certain someone. She is completely convinced that what she was doing at age thirteen was okay, consensual, and right. What she agonized over was after he left. And then Donovan left/disappeared. And Theo suffered. She didn't eat, yet she continued to dance, to do her schoolwork, to pretend like everything was okay. It wasn't, and eventually, she was caught.

I really like Theo. I already said that she is different from most heroines in similar situations (again, forgive the lack of sensitivity), and I mean that. Her naivete about what happened to her made me not want to shake her, and her personality in general was likable. I'm a very different person, but I like Theo, and we would get along.

Her passion for ballet is incredible. Of course, it drove her to do not-so-great things (which will not be mentioned), but I admire that type of passion. In my review of The Art of Lainey by Paula Stokes, I mentioned this passion towards soccer (sports in general). A close friend is a soccer player at JHU, and he definitely holds and harnesses this type of passion, towards soccer. It's remarkable and inspiring, how passionate a person can be about something, especially a sport or music or art or reading or some hobby. I love how well Colbert infused this passion for ballet into this book. I could feel like it in this book.

The story is twisted and tangled and messy, and I can't say anything specific without giving things away. I will say that I LOVE the structure of the plot. We get to see how things progress, in terms of developments with Donovan and the trial, but also with Theo's ballet, her returning bad eating habits, her love life, and also, her past. That's the thing I REALLY like - Colbert sprinkles scenes from the past throughout the book, so that we do not know everything about Theo's past all at once. We get bits and pieces, hints and clues, and we discover the full story as we read. I like this!

In general, the ending is PERFECT. Like, not cookie-cutter perfect, but imperfectly perfect. It fit Theo really well, it fits Donovan well, it just makes sense all around. I'm very hard on authors and ending, so it's rare that I'm all like YES THIS ENDING PASSES THE ALYSSA TEST. Heck, the same could be said about the book in general. It passes the Alyssa test!

Honestly? The only thing that really bothered me was the pacing of the first third of the book. It was slow, and I found my attention deviating. HOWEVER, now that I've finished the book, I recognize the need for the beginning to be slower. So I'm putting it as a "negative" thing because I want others to know that if you are stuck in the beginning, KEEP READING!

4 stars. What an excellent debut! And a fine, lovely, heartbreaking contemporary novel, if you ask me. I cannot wait to read Colbert's next novels!