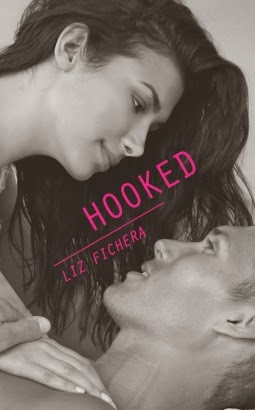 When Native American Fredricka ‘Fred’ Oday is invited to become the only girl on the school’s golf team, she can’t say no. This is an opportunity to shine, win a scholarship and go to university, something no one in her family has done.

But Fred’s presence on the team isn't exactly welcome — especially not to rich golden boy Ryan Berenger, whose best friend was kicked off the team to make a spot for Fred.

Fred is about to join the men's varsity golf team at her high school. There is no women's team, so she'll be taking someone's spot on the men's team (a fact that she did not know before joining). All of the boys on the team basically hate her for it, because she got their friend Seth booted, and she didn't have to try out. But Fred is AMAZING at golf. Her dad is the groundskeeper at the country club, so Fred practices there all the time, sans lessons, partners, proper clubs, tees, or shoes. But nothing seems to go her way once she joins the team. Seth is out for vengeance, and Ryan Berenger isn't going to stand in his best friend's way.

Something I really liked about this book was the treatment of the sport. Golf is obviously something very precious and important to Fred. She takes it as her escape, her motivation to go to college (something the Native Americans on this reservation don't seem to be in the habit of doing), her passion. She is better than any of the boys on the team, but she doesn't act entitled or look for special treatment. I'm not a fan of Fred, but I like her attitude towards golf. Honestly, I don't like golf, but I like sports in general, and I like how important the author makes it in this story.

I honestly didn't like the story of this book. It sucks to say, but it didn't interest me. I didn't like the romance, either, though I guess I was happy to see the resolution between Ryan and Fred. The ending of this book was pretty good. Played is next! I think I'll like Riley more. She seems sweet. Genuine.

Right from the start, there were several things about this book that pissed me off. Literally from the first few pages. Take a look at my "About Me" page on my blog, you'll understand. Fred is NATIVE AMERICAN. Not INDIAN. How many times do I go through this in my life?! Seriously?! In a published, edited book, too? It's one thing for the ignoramuses in this book to call Fred and the other Native Americans "Indians" or Pocahontas" or whatever. But Fred calls herself an Indian. She refers to herself and the rest of the tribe as Indians. Ugh ugh ugh. This bothers me so much. I AM INDIAN. As in INDIA. That does NOT make me Native American. The two labels are NOT interchangeable, on one side or the other.

Anyway. The beginning was super slow. I was thirty pages in and dying. When were things going to pick up? Were they ever going to pick up? I understand all about setting the scene, but it was really dragging out the scene, not setting it. I almost stopped reading, THAT QUICKLY INTO THE BOOK, but then I was like noooo, I don't "DNF" books, and also, I want to read this book before I read the sequel, Played. They're companion novels, but you know me and my OCD. So I kept reading.

But the beginning is very slow. There were times in the middle of the book that seemed to go in circles, honestly. Fred and Ryan, constantly stepping around each other, sending mixed messages, getting caught in the wrong place at the wrong time, etc. It seriously bothered me that Ryan never cleanly did ANYTHING. It also seriously bothered me how willing Fred was to lie about anything and everything, to one-up Ryan. Like, how petty. How childish. Play nicely, children.

I didn't like the story, or the romance. Honestly, I didn't really care about Fred's journey as a girl on a men's varsity golf team, or her struggle to contain her feelings towards Ryan, or her struggle to not be a complete b****. Oh but she really is one though. She kept leaping to conclusions and blaming Ryan. Not that Ryan shouldn't be blamed for some things. He should have put his foot down a lot of times. But he didn't. So they're both stupid. I dislike the two of them. That's kind of bad, when the book is split between their first-person perspectives. Yup, another series that alternates between the girl and the guy, and involves companion novels, instead of sequels.

3 stars. I think I liked this one overall, but eh, it wasn't amazing or anything special. I am very happy to see that Fichera included a heavy amount of diversity in this book/series! But I wasn't a fan of the story in general. Look out for my review of Played, book two, next week!