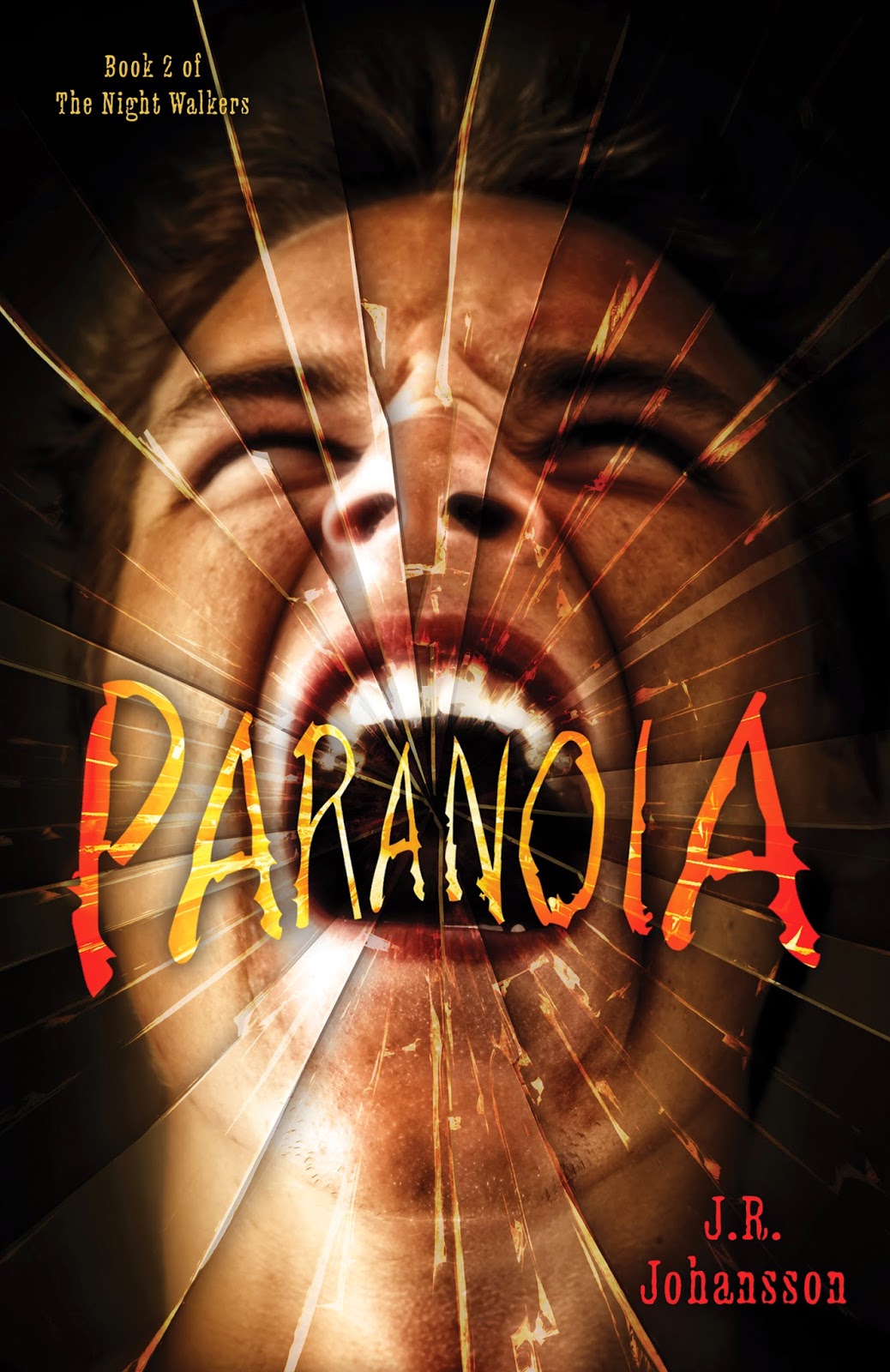 In the aftermath of the events that nearly killed him, Parker Chipp is trying to learn to cope better with life as a Watcher. And it seems to be working...until he wakes up in jail with a hangover and 12 hours of missing time. Darkness has somehow taken control and Parker doesn't have a clue how to stop him. He finds an unlikely ally in Jack, the mysterious guy in the motorcycle jacket who offers to help Parker master his abilities as a Watcher. But even as they practice, the darkness inside Parker is getting more and more powerful, taking over Parker’s body and doing everything he can to destroy Parker's life.

When Jack reveals that there is another kind of Night Walker, known as a Taker, Parker starts to wonder if the strange things happening in Oakville are more than just a coincidence. After all, people are more than just sleepwalking. They're emptying their savings accounts with no memory of doing so, wandering into strange parts of town and disappearing, they're even killing other people--all in their sleep. If Parker wants to find out what's happening or have any hope of seeing his father again, he’ll have to defy Jack and put his own life in danger...because the more he learns about these other Night Walkers, the more certain he becomes that his life isn't the only one that could be lost.

You all KNOW how much I loved Insomnia, book one of this series and debut novel of this author. It got a rare five stars from me last year, which is awesome. I was pretty excited to read this book, and honestly, I wasn't too disappointed! This one definitely get ranked on the positive side of three stars. There were some things with which I had issues, but overall, I liked this book.

Months after the ordeal of book one, Parker is still dealing the Darkness inside him - and things are about to get worse. Parker learns from Jack (who pops back up) that there are different types of Night Walkers, and that the Takers (they take control of those who are dreaming) are trying to create something deadly, to basically become immortal. The Takers have Parker's father, a chemist, to make the drug. Meanwhile, Parker is struggle to resist the Darkness inside him, and his relationship with his friends is deteriorating. Craziness, right?

Johansson has definitely taken this series to the next level, which is exactly what the sequel novel of a series (usually, a trilogy), is supposed to do. It's no longer about Parker and his ability. So much more is at stake, and there are so many more players in the game. We learn key things about Takers, Watchers, and Builders - builders being the ones that can manipulate dreams (which helps Watchers recover better). We learn the roles of several characters, roles that one might not have seen coming. There are twists and turns at almost every page, even if some of them are pretty obvious.

I love that yet again, this book is in Parker's point-of-view. I really like Parker. Usually, when we read books in a girl's point-of-view, the guy can seem like a jerk. When you get to read from a guy's point-of-view, you can see how ridiculous girls act (at times). Girls definitely take things to the next level, blow things out of proportion, and guys have no idea sometimes. This was very authentic, in this book.

I'll talk about the romance in the next section, but basically, that was a huge sticking point for me.

I mentioned the progression of the book/series. I mentioned the narration. I mentioned our protagonist. Hmm... there isn't too much I can say specifically about the plot, because it's kind of specific and would give things away. But Parker's father is kind of back in the picture, but not in the way that Parker hoped. Also, Parker's relationship with Finn takes some hits. Parker must figure out his feelings with Addie. Parker has to deal with Jack all day long, and he doesn't even like Jack. Parker has a lot going on. He feels a lot of pressure, and doesn't get a lot of credit. Poor guy.

If there are more novels in this series, I will be reading them. I really like Johansson's writing style, and her craftsmanship is great. I'm curious as to what she will do in the next book... I'll guess we'll see!

The romance was a huge black cloud over this book, for me. In the first book, it was quite obvious that Parker and Addie had mutual feelings for each other. But readers were sort of lead to believe that Mia and Parker would be a thing, even though they are just friends. It's kind of the same thing in this book, only worse. Parker and Addie dance around each other a lot - they're secretly together, but suddenly, they're not, because Parker has lots of problems. Which is totally justifiable, Parker does have a lot of problems.

Except that Addie decides that it's totally a good idea to go on a date with Jack, even though it's obvious that she loves Parker. Does that make sense? Does it ever make sense? Parker was never "unfaithful" to Addie, he never messed with Mia, or had feelings for her. In fact, Mia never had feelings for him either. Addie is so insecure, and totally hypocritical. Excuse me while I dislike her.

Yeah. So. I didn't like the romance. I don't particularly like Addie. And she's the protagonist's love interest, so, it's kind of a problem that I don't like her. But in my opinion, Johansson messed up the romance in this series. I hate love triangles, even if they're just barely hinted at, or not really existent. If they show up at any point, I shut down. ESPECIALLY when someone like Addie goes and basically creates the love triangle, because she goes out with someone even though she loves Parker and he loves her. Idiot.

I know it seems harsh to take off two stars for something like the romance, but trust me, it matters. It has a huge impact on the story. A solid chunk of this book is spent on Parker trying to figure things out with Addie, or how he's going to make it up to Addie. Like it's his fault that he is Divided, that he has abilities, that he has responsibilities. Yeah, okay. Ugh, Addie.

If you read the first book in the series, Insomnia, then this one is definitely worth reading. It's not one of those sequels that undergoes sequel slump (for the most part), and it isn't difficult to read (meaning, I never wanted to stop reading, for whatever reading). If you haven't started the series yet, it isn't imperative, but you should do so if you have copies of the first and/or second book!

3 stars. For me, this book was not as good as the first book, but it was still pretty great! I'll definitely try and read the next book(s) in the series, if there are any more (I have no idea, honestly). But I'm really happy to have had the chance to read this series!