Waiting on Wednesday (#130): The Rose Society by Marie Lu 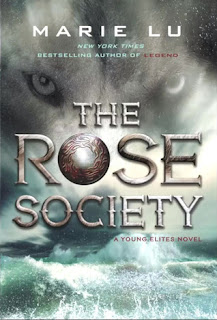