Waiting on Wednesday (#127): Queen of Shadows by Sarah J. Maas 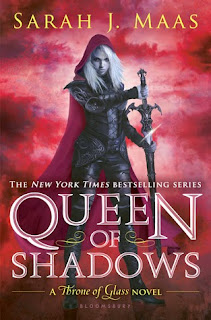 
I mean... of course. I didn't have the best start with this series, but Heir of Fire was really. The length of this one is super daunting, but I'm excited to read it!
Posted by Alyssa at 12:00 AM