Book Blitz and Giveaway: Strange and Ever After by Susan Dennard 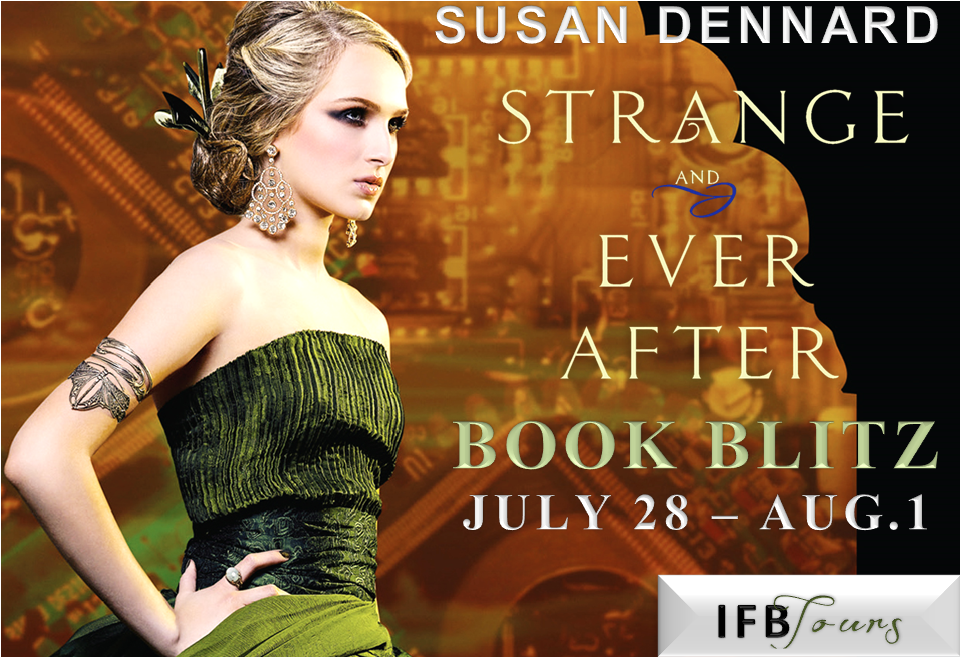 Welcome to the promo tour for the third and final book in Susan Dennard's steampunk, zombie trilogy, hosted by Itching for Books! I'm honored to help promote such an awesome author. Check out the giveaway at the bottom of the post!

Strange and Ever After by Susan Dennard

In the conclusion to the trilogy that Publishers Weekly called “a roaring—and addictive—gothic world,” Eleanor Fitt must control her growing power, face her feelings for Daniel, and confront the evil necromancer Marcus...all before it’s too late.

He took her brother, he took her mother, and now, Marcus has taken her good friend Jie. With more determination than ever to bring this sinister man to justice, Eleanor heads to the hot desert streets of nineteenth-century Egypt in hopes of ending this nightmare. But in addition to her increasingly tense relationships with Daniel, Joseph, and her demon, Oliver, Eleanor must also deal with her former friend, Allison, who has curiously entangled herself in Eleanor’s mission.

With the rising dead chomping at her every move and Jie’s life hanging in the balance, Eleanor is convinced that her black magic will see her through to the bitter end. But there will be a price. Though she and the Spirit Hunters have weathered every battle thus far, there will be consequences to suffer this time—the effects of which will be irreversible. And when it’s over, only some will be able to live a strange and ever after.

Susan Dennard will leave readers breathless and forever changed in the concluding pages of this riveting ride.

Susan Dennard is a writer turned marine biologist turned writer again. Strange and Ever After is the conclusion to her trilogy, which includes A Darkness Strange and Lovely and Something Strange and Deadly. Among the traits she shares with her heroine Eleanor are a weakness for Shakespeare quotes, a healthy appetite for baked goods, and an insatiable curiosity. Sadly, Susan does not get to wear a corset or wave a parasol on a daily basis.


Read My Reviews of the Entire Series!

Something Strange and Deadly

A Darkness Strange and Lovely

Strange and Ever After