WELCOME TO THE DISSONANCE BLOG TOUR!! I am so thrilled to be a part of this excerpt tour for a book that I absolutely loved! Check out the excerpt below, and then hop along to the next tour stop!

But first, if you feel so inclined, check out my glowing review of Dissonance! :D 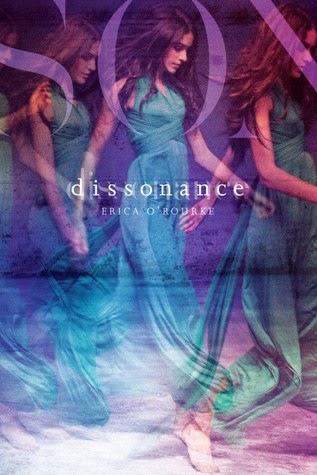 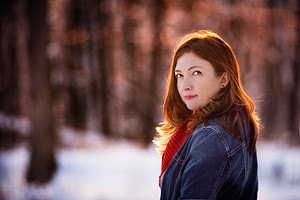 I write books about girls who make their own fate and fall for boys they shouldn't.

I live outside Chicago. I like to travel but I'll never really leave this city.

I prefer cookies to cake (even cupcakes), television to movies, and autumn to all the other seasons.

I like sushi, naps, coffee, and driving stick shift.

I hate fish, emoticons, bridges, and talking about myself.

“We’re not here to troll for guys, Del.”

“You’re not, anyway. I’m sure we could find you someone.” I pointed to a girl biking on the other side of the pond. “She’s cute.”

Playing matchmaker for Addie wasn't a bad idea. Not that the outdoorsy type was right for my her. She needed someone as effortlessly polished as herself. But if she had a girlfriend, maybe she’d be too busy to notice my mistakes.

Her green eyes took on a warning gleam. “Leave it alone, Del. Him, too.”

I shrugged. “He’s a break. I was getting a reading for my homework.”

“Some reading,” she replied.

“How long have you been spying on me?” I asked, trying to draw her attention away from Simon.

“Long enough to see you get that balloon down. There was nothing wrong with that kid. You should have left her alone.” She crossed her arms, her face taking on the pinched, fussy look that made her look older, and not in a good way. “We have rules for a reason, Del.”

It matters to me, I wanted to say. But Addie was right. Echoes weren't real people, only copies of Originals, no matter how alive they seemed. Still, her response, practical and dismissive, nettled me.

“Whatever.” I glanced over at Simon, roughhousing with Iggy. The discord surrounding them scraped along my nerves, growing louder the longer I watched. “Why are you here?”

“Dad asked me to help you with your homework. I left you three different messages.”

“Didn't get them,” I said airily, pulling Simon’s wallet out of my pocket. I held up the out-of-state license that claimed he was twenty-four. “This is a terrible ID. They’d totally bust him.”

“You picked his pocket? Did Monty teach you?”

“Who else?” She frowned as I continued, “Simon’s Original is the star basketball player at my school. He’d never try to sneak into a bar. What’s the harm in keeping this one out of jail, too?”

“It’s pointless,” she said, swiping at a wisp of strawberry blonde hair that dared escape the neat twist at the nape of her neck. I never understood how she was able to get her hair to behave. Mine was a perpetual mess – reddish brown, unruly as tree bark, black at the ends like they’d been dipped in a pot of India ink. “He’s not even real.”

Simon’s palm on my bare leg had felt pretty damn real, but I kept that tidbit to myself.

Ready for the next excerpt? Click HERE to keep going!


BUT WAIT! Before you go! There will be a twitter chat with Erica (@Erica_ORourke) on July 23rd at 8pm ET. Use the hashtag #DissonanceChat to follow. The chat will be moderated by Heidi at YA Bibliophile (@hmz1505)! BE THERE OR BE LOST IN AN ECHO WORLD FOREVER! ;)
Posted by Alyssa at 12:00 AM