Waiting on Wednesday (#80): Dead of Winter by Kresley Cole 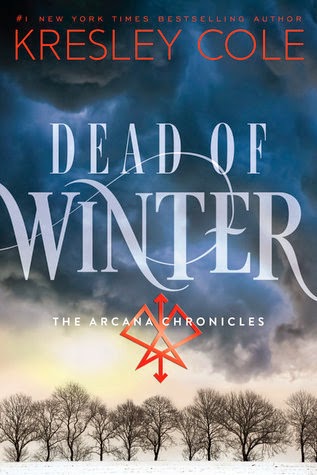 Uncertain Victory
Despite leaving a part of her heart behind with Death, Evie sets out into a frozen and perilous post-apocalyptic wasteland to meet up with her allies and launch an attack on The Lovers and the vast army they command. Such formidable enemies require a battle plan, and the only way to kill them once and for all may mean Evie, Jack, and Death allying. Evie doesn't know what will prove more impossible: surviving slavers, plague, Bagmen and other Arcana—or convincing Jack and Death to work together.

Two heroes returned
There’s a thin line between love and hate, and Evie just doesn't know where she stands with either Jack or Death. Will this unlikely trio be able to defeat The Lovers without killing one another first?

Ahhh, I can't wait to read this final novel! ARIC! Read my review of Poison Princess, or of Endless Knight, if you're interested!
Posted by Alyssa at 12:00 AM