Review: Some Boys by Patty Blount 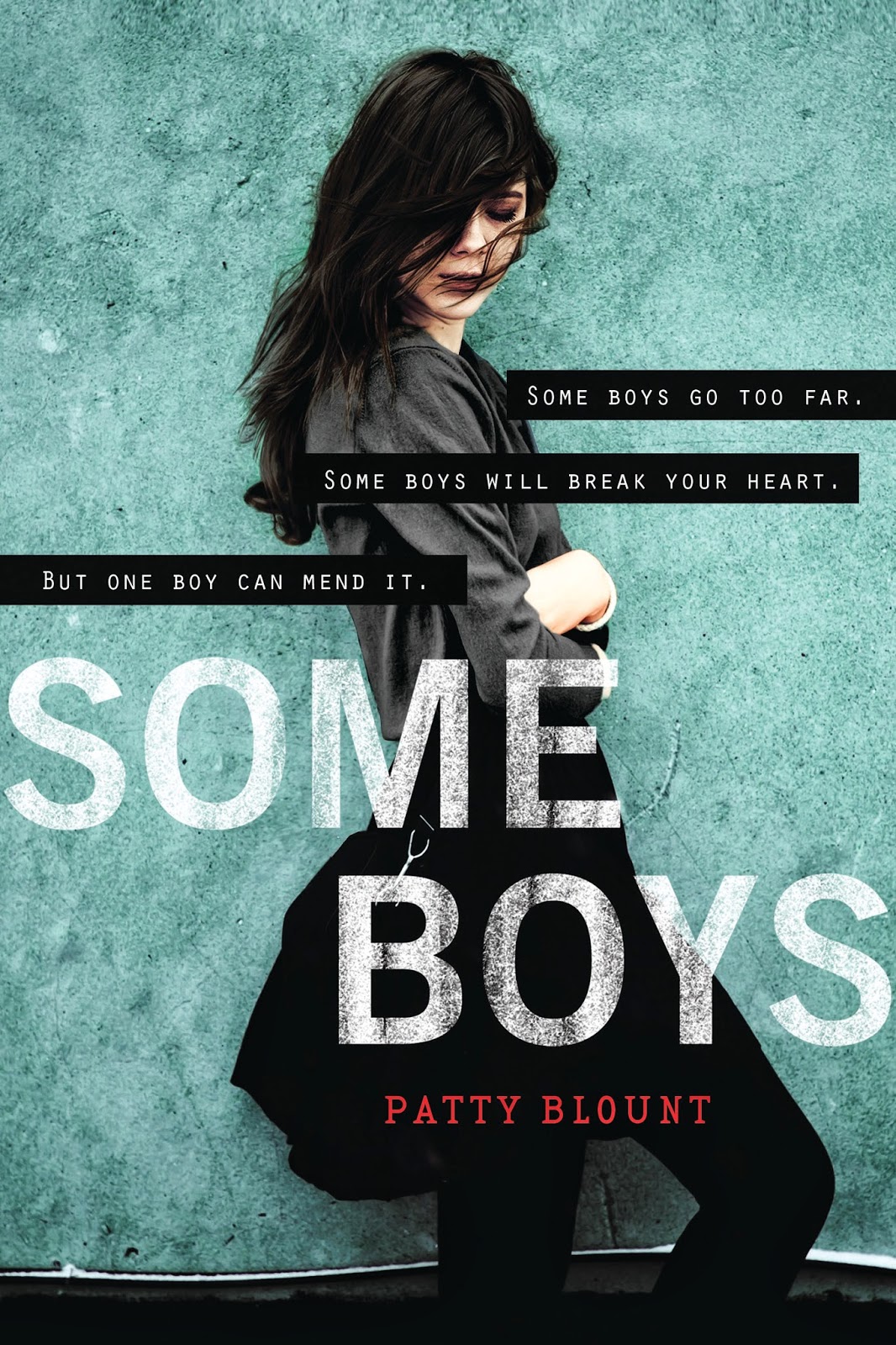 Some boys go too far. Some boys will break your heart. But one boy can make you whole.

When Grace meets Ian she's afraid. Afraid he'll reject her like the rest of the school, like her own family. After she accuses the town golden boy of rape, everyone turns against Grace. They call her a slut and a liar. But...Ian doesn't. He's funny and kind with secrets of his own.

But how do you trust the best friend of the boy who raped you? How do you believe in love?

A gut-wrenching, powerful love story told from alternating points of view by the acclaimed author of Send.

Just a note before I start my review - I actually read this book late last year, so it doesn't count towards my 2014 novels read (although I DID re-read it). I read the author's manuscript last year, whereas just recently, I read the eARC. But I'm fine with it counting towards last year's books read, and not this year's. Not that any of you all care that much - it's more of a housekeeping note for me. Anyway.

Gosh, I loved this book so much. It's a tough-issues book, and you all know how I struggle with those. They're usually a hit-or-miss with me - I like very few of them. In fact, I usually abhor most of the ones that I read. I read Blount's TMI last year, and I loved it! TMI was basically about hazards of social media, such as Facebook. This book was about physical abuse - rape. Fiction containing rape is tricky. There are so many things that the author could do that might not work well, or might produce bad reactions from readers. However, I think Blount really hit this one on the head.

This book starts after the rape occurs. It's actually been a bit since the rape - in days, not months or something. Grace is suffering from the harassment of her peers - and not just Zac, the boy who raped her. Her friends all think she was flirting with Zac at the party, that she was totally into Zac, and that her cries of rape are fake. The whole town, it seems, wants nothing to do with her, but wants everything to do with her downfall. It's not enough for them to ignore her - no, they need to provoke and bully her. Zac is the golden boy, the star lacrosse player, the guy who gets away with everything. And Ian, his best friend and teammate, goes along with everything Zac does. Even though Ian is the one that found Grace that night, bleeding and unconscious.

I like Grace a lot. I like her tough attitude, her refusal to hide, her bravery, her sharp temper. I have no idea how I would react to not only being raped, but not being believed, but I seriously have to hand it to Grace; she made it important to her, to keep going to school, to face everyone harassing her, to face Zac. She reacts aggressively at times, but I have massive respect for her. I do think we'd get along nicely if she were a real person.

While Grace definitely developed as a character, Ian's character development was more pronounced. He was a Zac follower, someone who knew what Zac was doing probably wasn't right, but tamped down the doubt, look the other way, pretended he didn't care. Secretly, he had wanted to ask Grace out for months, but when he heard that Zac got to her first (Ian thinking that Grace was into Zac), he backed off. He didn't want anything to do with her, but after scrubbing lockers with her for days (punishment), he sees different sides to the story. I love the complete 180 that Ian does. I liked Ian even when he was going with the flow in the beginning - not sure what that says about me.

The story of this book is heartbreaking. Literally, my heart and soul ached for Grace, every time I read a part where Miranda and Grace's other former friends tormented her, or Grace's father and stepmother were rude and uncaring, or Grace had a panic attack. My heart ached for her - even the second time around, reading this book, I felt just as strongly for Grace and her pain.

My favorite scene of this book was towards the end, in the forest, when Grace is so distraught over everything, she takes a bottle of rum and a bottle of whiskey, and goes into a forest to be alone. Ian finds her drinking there. This scene is soul-crushing (in a good way). I couldn't breathe, reading this scene for the first, second, even third time. For me, this was the most powerful scene of the book, and my favorite.

The romance runs a thick current through this book. Like with most contemporary novels, the romance is very important, and I really like that in this book. Grace and Ian had feelings for each before the rape, as we slowly find out as we read the book. You don't know this from the start, though you'll suspect such. But they slowly develop stronger feelings for each other, despite Ian's constant loyalty to Zac, and Grace's attempts to shut out everyone. I loved watching these two fight for themselves and unconsciously fight for each other.

Rape is no small issue in this book, neither is being raped and not believed. Blount hits heavy on the issue of crying wolf, which is what everyone thinks Grace is doing. I love how Blount integrates a sport (something that means so much to both Ian and Zac) into the story. This added a measure of depth to the story, but it also made things interesting for Ian - seeing as to him, lacrosse was the only thing going for him. To turn Zac in would be to lose a shot at state tournaments. Decisions, decisions... nothing comes easy for any character in this book!

In the end, I think Blount handled all of these "tough issues" really well. Coming from the girl that not only dislikes contemporary novels but "tough issue" contemporary novels as well, this is a high compliment! I loved the ending of this book; it's imperfectly perfect, and I love it. I think this is Blount's best novel yet - but wait, I'm really excited to read her next one, Nothing Left To Burn!

Surprisingly (for a "tough issue" contemporary novel, that is), nothing to say here! As always, I don't think any book is perfect, but there isn't anything I can think of in this book that really detracted from the quality of the book or story. So. There.

YES! Contemporary fan or not, step out of your comfort zone and give this one a shot. I surprised myself by liking Blount's novels, honestly. Trust me, I like this author a lot, but if I didn't like her book(s), I'd say so. You all know I don't sugarcoat things. But I really enjoy her novels, including this one, so that's got to tell you something about the quality of her "tough issue" books!

5 stars. Very well-deserved! This book did quite a number on me - unlike most books (contemporary or not), this one made me FEEL, and feel really strongly. The forest scene, guys, THE FOREST SCENE. I'm so honored to have read this book - both the not-final manuscript, and the eARC. Thank you, Patty and Sourcebooks!