Waiting on Wednesday (#23): The Burning Sky by Sherry Thomas 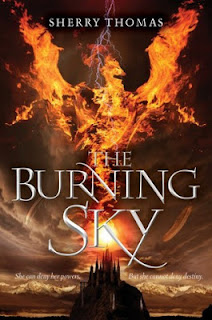 Okay. I'm cheating a little. I've had an eARC of this book for months now. BUT, the new cover was revealed, and I really can't wait to read this book! I'm not reading it until July, because I'm still getting through June/July eARCs. 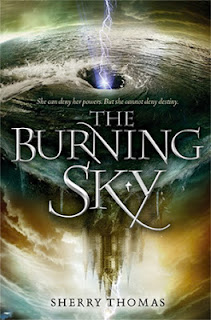 The old cover, which I LOVE

I absolutely loved the old cover, and I miss it, but this cover is fantastic. BUT, if anyone has an ARC of The Burning Sky with the old cover that they don't want... PLEASE let me know. PLEASE. I will beg and grovel and plead.