Review: The S-Word by Chelsea Pitcher 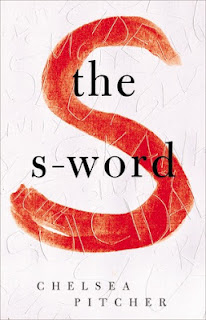 First it was SLUT scribbled all over Lizzie Hart’s locker.

Lizzie’s reputation is destroyed when she's caught in bed with her best friend’s boyfriend on prom night. With the whole school turned against her, and Angie not speaking to her, Lizzie takes her own life. But someone isn’t letting her go quietly. As graffiti and photocopies of Lizzie’s diary plaster the school, Angie begins a relentless investigation into who, exactly, made Lizzie feel she didn’t deserve to keep living. And while she claims she simply wants to punish Lizzie’s tormentors, Angie's own anguish over abandoning her best friend will drive her deep into the dark, twisted side of Verity High—and she might not be able to pull herself back out.

I enjoyed this book! I definitely have my issues with it, but for the most part, I did enjoy this novel. The characters, the character development, and the plot were very well structured. I think the romance bothered me, but it was an okay romance story.

Angie is the protagonist of this story. She harbors a lot of guilt over Lizzie's suicide. I felt bad for Angie at times, but other times, I wanted to shake her for acting wishy-washy. I'm glad that Angie continued to figure out what was going on after Lizzie's suicide, and that Angie puts Lizzie's mistake behind her.

Jesse is definitely a more interesting character, in my opinion. He is Angie's gay friend, and he helps Angie deal with the guilt and sorrow of Lizzie's suicide. He also helps Angie with discovering what happened to Lizzie. His role in the story is... strange, but I like him.

I liked seeing Angie change throughout the story, though I don't think she made a complete change until the very end. Angie went from being extremely selfish yet guilty about Lizzie's suicide, to understanding and accepting of Lizzie's suicide.

The story is pretty good, though I didn't approve of some actions and events that occurred. And the romance - eh. I didn't really like it. I wasn't absorbed into the relationship. BUT, there was no love triangle.

I find it hard to believe that this type of high school exists. The defacement of school property is NOT acceptable. In my high school, the administrators would not stand for students writing on other students' lockers. And the cap and gown thing? You're not allowed to write things or alter your cap and gown as a high school student. Believe me, I just went through graduation - I would know. Save it for college.

I didn't really like the plot of this story, though it did keep me interested. I guess I didn't understand the point of it. Try and find out who made Lizzie kill herself? Well, Lizzie killed herself. And everyone who was after her for doing what she did to Angie - they made her feel like she needed to kill her self.

There were some other "tough issues" that were presented in this book, but I felt like they weren't obviously stated, and that readers had to really read between the lines to figure out what was going on, and what the big secret was. The big reveal was not executed well, by the author. And the extra "tough issues" but - too much. It didn't feel necessary to the story.

The romance was bleh. It wasn't believable, it seemed forced and fake, and I wasn't really cheering for the protagonist and her love interest to get together. Romance in this book was not needed, but it was there, and it did not feel right.

I'm trying to be vague so I don't spoil anything!

The ending was kind of happy-go-lucky, everybody-wins-except-the-bad-guy good. So, it was good, but predictable. I think by the end of the book, I was rolling my eyes at the remaining scenes.

Not really. Don't trip over your TBR pile in an attempt to read this one. It is an enjoyable read, but I probably won't read it again.

3 stars - but on the low end of the three stars. I was somewhat impressed, but not really impressed enough to love this book.