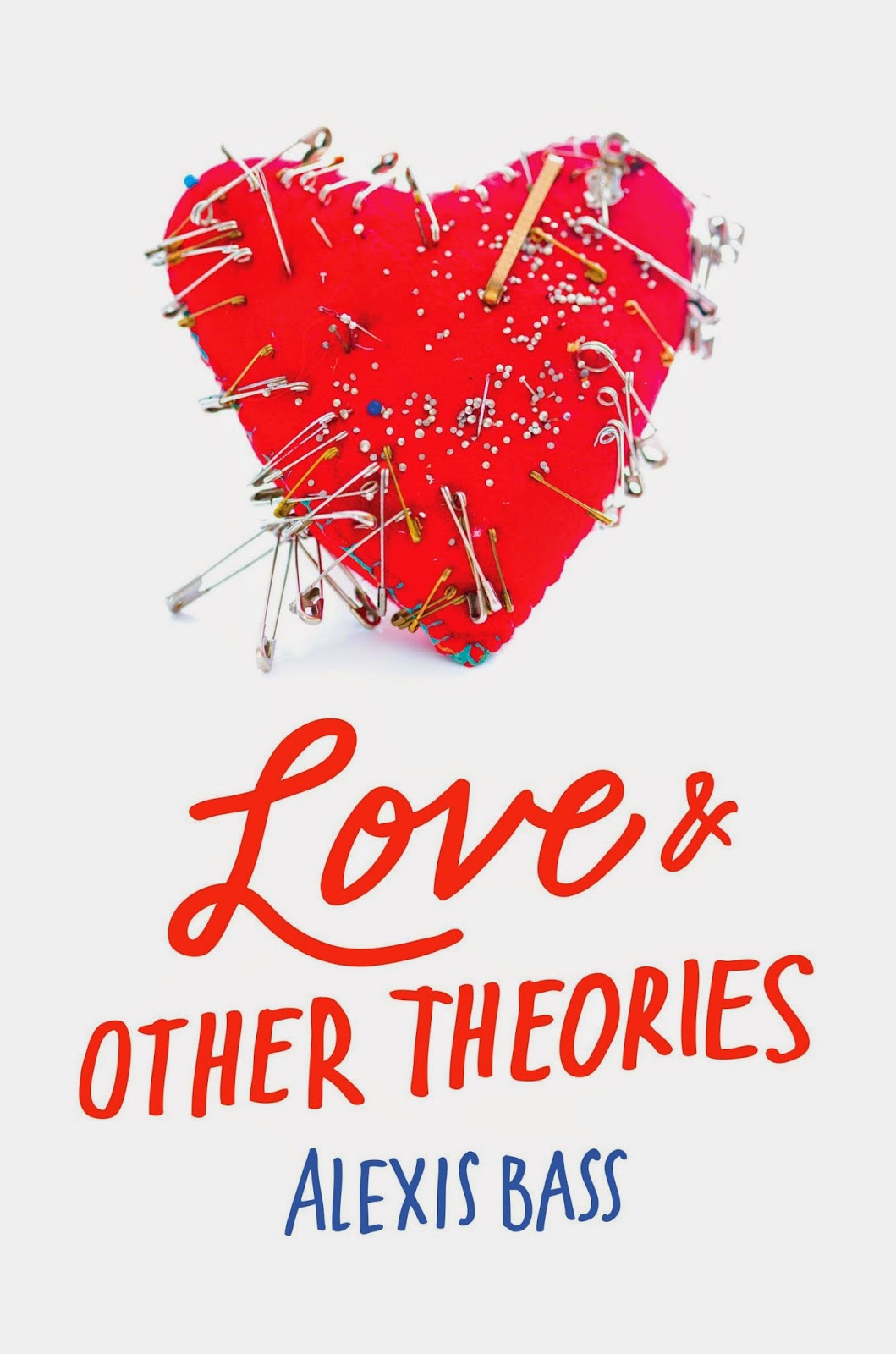 Love and Other Theories is a fast-paced twist on the coming-of-age novel . . . and the romantic comedy.

Aubrey and her best friends made a pact to play by the guys' rules when it comes to dating. They're hoping the rules will keep them from experiencing high school heartbreak--they don't realize that these rules could just as easily keep them from opening their hearts and minds. And when new boy Nathan Diggs moves to town, Aubrey starts to think that some rules are meant to be broken.

With equal parts bite and romance, topped off with an irresistibly engaging voice, Alexis Bass's debut novel is one you won't want to miss.

No. Absolutely nothing. *shudders*

There could be spoilers in this review. There might not be. I just know that this book pissed me off, so I might say too much specifically. You are warned. Here we go.

Aubrey and her friends are like the Plastics in Mean Girls. Literally, they are worst, more horrible girls I have ever met. They ostracized one of their friends years ago because a boy liked THAT friend, and not Shelby, who liked that boy. Seriously?! What is that!?

And it gets worse. The girls have theories, rules that govern how they act around boys and what they do, and basically, how to have "fun" and not get serious with boys. Enter new boy Nathan, a perfectly good person, whom Aubrey ruins. She ruins him, she turns him into an awful person. They start hooking up the first day of meeting each other, and she pushes him, even though he ISN'T LIKE THAT.

I hate Aubrey (and her friends) so much. They are the cruel b****es in high school (and college) that everyone hates, because they're fake and pretty and cruel and have sex/hook up with everyone and act like it doesn't matter.

Let's be clear about something - I'm a nineteen-year-old sophomore in college. I know allllllll about the hook-up culture that dictates the young adult world these days. I HATE IT. I hate how loose people are with sex and intimacy, and this book completely pissed me off, for that reason.

Like, here is something (spoiler ahead): Nathan and Aubrey have been hooking up for weeks, but then all of a sudden, they have a disconnect, and Nathan and Shelby start hooking up. Nathan, who acts like Aubrey hung the moon, and Shelby, Aubrey's best friend. WHAT?! HOW?! WHY?! Why would either of them do that?! If either of them had any respect for Aubrey, they wouldn't do that.

Not that I feel bad for Aubrey. She keeps going back to her ex-boyfriend/ex-f*** buddy, Trip Chapman. It's so pathetic. That girl does not have a spine, does not know how to say no.

Gosh, the amount of stupid decisions and stupid girls and fakeness and all-around stupidity that happened in this book almost blew my mind. Are girls in real life this DUMB?! Do they really throw themselves at any and all of the males like that?! Again, this reminds me of Mean Girls, except a hundred times more cruel, and we're following the perspectives of the Plastics, the girls we hate.

And we're supposed to root for them - Aubrey/Shelby/the rest of the girls. Um, no. The only girl I might have sympathized with was Melissa, because she was virtuous and innocent and intelligent, but even her decisions were questionable, towards the end of the book.

This book seemed to be one long party. Literally that is ALL that Aubrey and her friends do - hop from one party to another, every night. And of course, Aubrey and Nathan hook up basically every night. Look, I'm sorry (except not), but that is not appealing to me. I don't care if "normal" high schoolers do that - when I was in high school (just two years ago), that was NOT how I did things.

Also, for the record? I have so many problems with the summary. "Fast-paced"? Yeah right. This book went at a turtle's pace. "...you won't want to miss." - you can miss this one. Trust me.

Okay, no more, I think you all get what I'm saying.

Ha. No. Don't waste your time, energy, sleep, etc. Why in the world did I think that this book would be a good one. WHY.

1 star. No stars. This one gets nothing from me. Gosh, what an awful book.