Review and Excerpt: The Darkest Touch by Gena Showalter 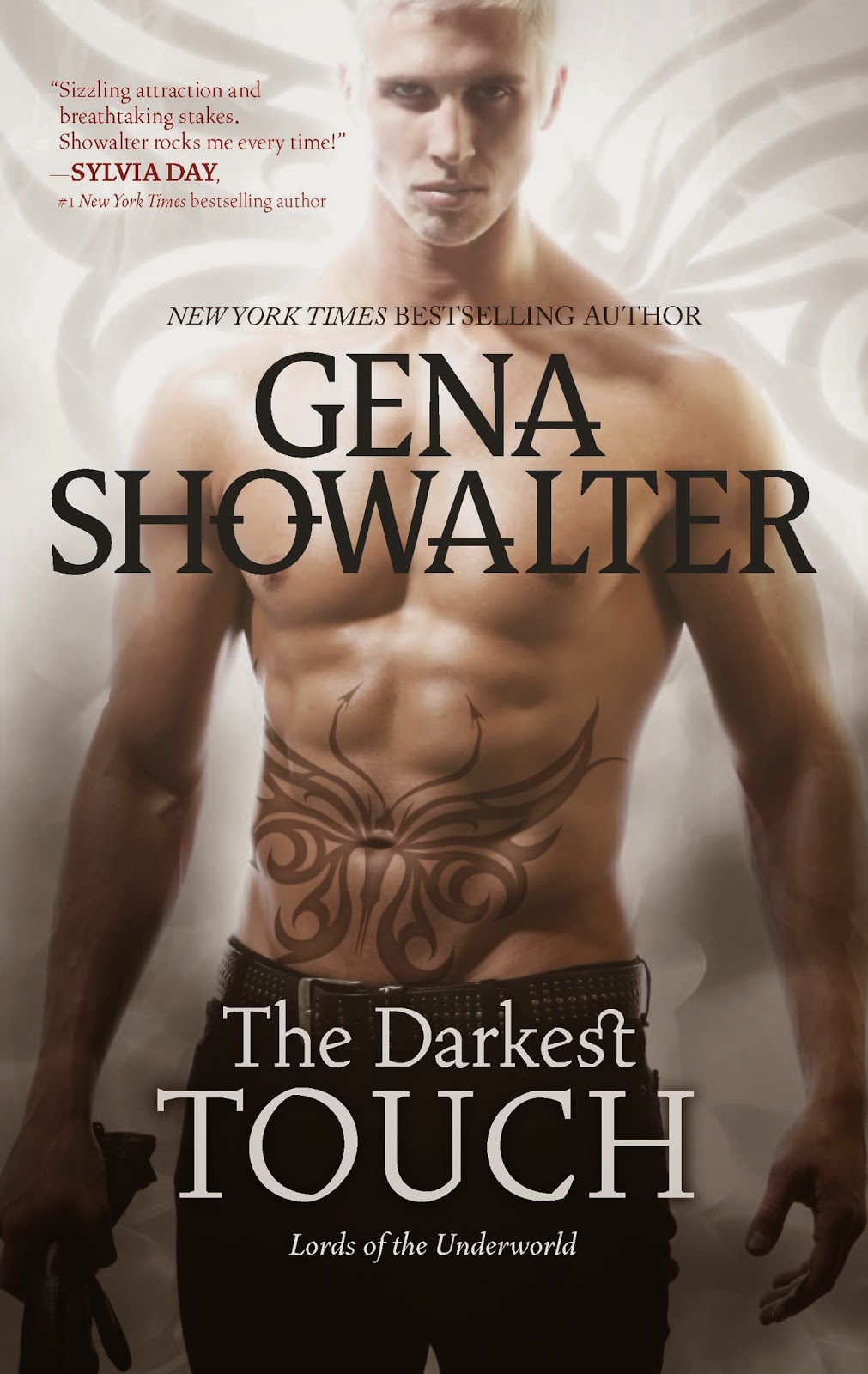 From New York Times bestselling author Gena Showalter comes the long-awaited story of Torin, the most dangerous Lord of the Underworld yet…

Fierce immortal warrior. Host to the demon of Disease. Torin’s every touch causes sickness and death—and a worldwide plague. Carnal pleasure is utterly forbidden, and though he has always overcome temptation with an iron will, his control is about to shatter.

She is Keeley Cael. The Red Queen. When the powerful beauty with shocking vulnerabilities escapes from a centuries-long imprisonment, the desire that simmers between her and Torin is scorching. His touch could mean the end for her, but resisting her is the hardest battle he’s ever fought—and the only battle he fears he can’t win.

Ooo, my first Gena Showalter adult romance novel! As you regular blog followers might recall, I've read Showalter's young adult novels, The White Rabbit Chronicles. I've always said that I wanted to read one of Showalter's adult novels, especially since I LOVE romance novels... leave it to me to start with book ELEVEN of a series. Good thing it's a companion series!

Torin is the host to the demon of Disease - meaning that everyone he touches, he infects with sickness, and the person dies. Meaning... he can't be intimate with anyone. But when he frees Keeley, the Red Queen, desire sparks and sizzles between them. She wants to kill him for (accidentally) killing a friend of hers, but neither of them can resist each other.

I loved this book. Let me repeat that statement - I loved this book. I know Showalter would not disappoint. The romance, the chemistry, the sizzle between Torin and Keeley was perfect, but there was also more to this book. A war has been brewing between Lucifer and Hades, and the Lords of the Underworld (Torin and the other host Lords) are involved. Now that Keeley is free, she is involved as well (she used to be engaged to Hades, and he wants her back, evidently).

Keeley wants to kill Torin at first, because he (accidentally) killed Mari, a friend of Keeley's. But Torin really cared about Mari, and feels very guilty about killing her with his touch. Keeley wants to exact her revenge on Torin... but she finds it difficult because she also really wants him. So. That's puts a damper on her plans.

I love the hate-turned-love relationships, especially when the lust is so strong, and the emotions slowly develop. Showalter did an excellent job of building the relationship and keeping the chemistry super fiery. It was interesting to see how Showalter did that - because Torin can't touch anyone without killing them. In Keeley's case, she's strong, and believes that she can withstand his touch. She'd get sick afterwards, but hey, when the guy is that fine...

Seriously though, the cover model of this book is like, PERFECT. That is exactly how I would see Torin. I haven't read any of the other books in the series, so I didn't get to see Torin as a secondary character, but I love him up close and personal. He's tortured over his deadly curse, and yet, he's an alpha warrior, born and bred to fight and destroy. Mmm... can't say that doesn't attract me. But he's also protective and sweet and thoughtful. Gaaahhh...

I liked Keeley, too. She was fierce and competent, devious and wicked and downright hilarious. The two of them are so great together - he fights the attraction, she doesn't, he tries to leave, she doesn't let him, and back and forth like that. It's so great!

The plot of the story, involving Hades and Lucifer and the Morning Star, is pretty cool. Showalter focused on demons rather than angels, so I was cool with all of this. There is also another story arc, involving Cameo (one of Torin's ex-girlfriends) and Lazarus, whom I didn't get a really good read on. I hope there is a book twelve, and it's about the two of them...

Overall, I'm really pleased with this book. Totally satisfying romance novel, as well as paranormal novel in general. I've seen somewhere that I really should have read the other ten books in the series before reading this one, just to get a feel for Torin's character... I will do just that.

I think just one more scene between Torin and Keeley, at the very end of the book, would have been nice. You know what I mean. Heh.

Yes! As far as romance novels go, this is a really great! Read it just to experience the hot complexity that is Torin. Also, hey, the paranormal aspect was awesome. I really enjoyed it!

4 stars. Much like from me! I hope there are more novels in the series to come. I also hope that I can go back and binge-read the other eight books in the series! 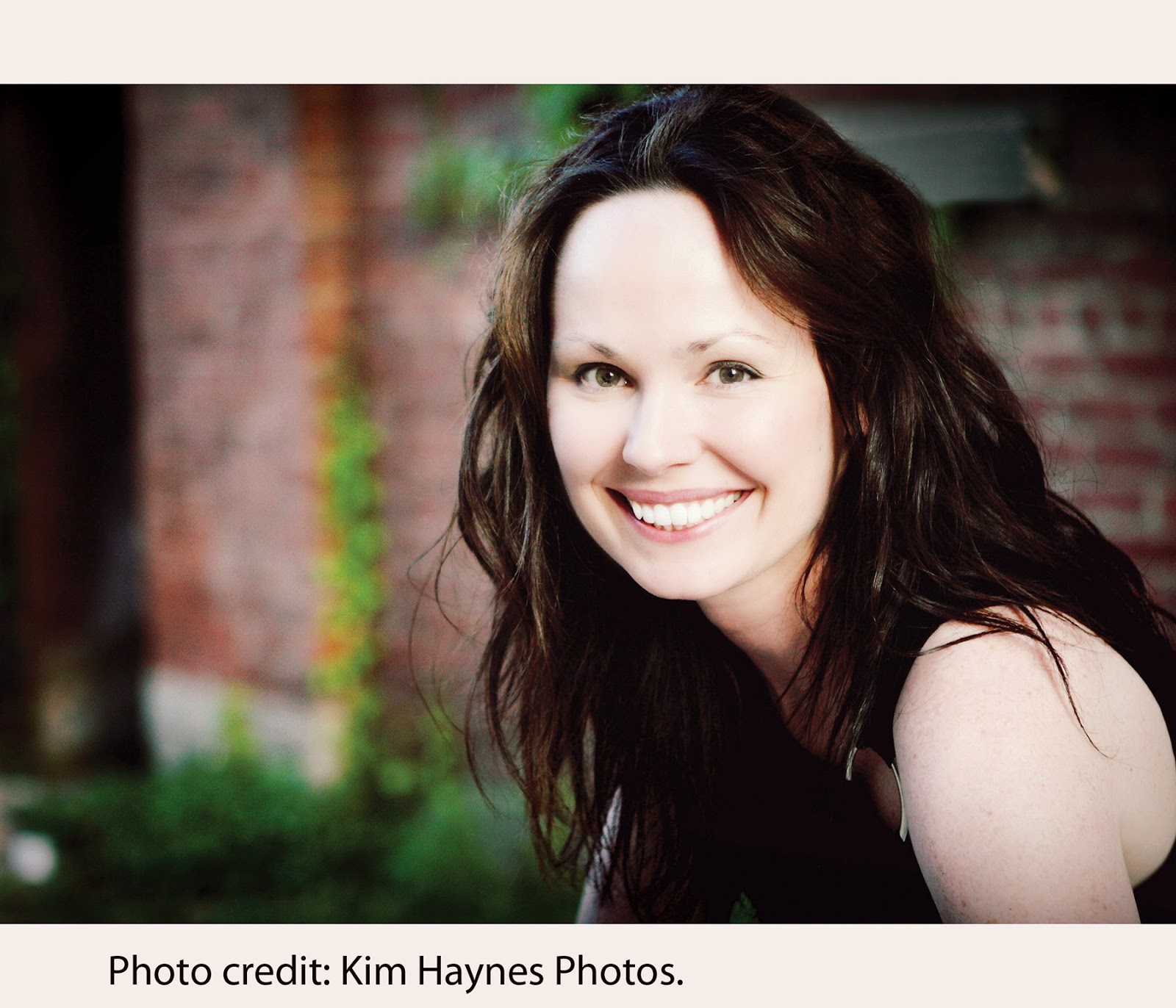 Gena Showalter is a New York Times and USA TODAY bestselling author whose books have appeared in Cosmopolitan and Seventeen magazines, as well as Entertainment Weekly. Her novel Red Handed has been optioned by Sony Television. Critics have called her books “sizzling page-turners” and “utterly spellbinding stories,” while Showalter herself has been called “a star on the rise.” Her mix of humor, danger and wickedly hot sex provides wildly sensual page-turners sure to enthrall.

She appeared in front of him, displaying more tanned skin than she concealed, her hair falling around her face in lush, golden waves. Her eyes glittered with remnants of her anger. Her lips were slightly swollen and pinker than usual.

“Temper much?” she quipped.

His relief was palpable. She hadn't forgotten him! But the relief was quickly replaced by concern. “Are you all right? Did someone hit you?”

She blinked with confusion. “No. Why?”

“Your lips are swollen.”

She rubbed them, color heating her cheeks. “Someone didn't hit me, but someone sure did hit on me.”

Hit on her. As in kissed her.

He forgot everything he’d planned to do and say and got in Keeley’s face, snarling, “Who was it?”

Her eyes widened. “Hades. Why?”

“You dare ask why? You belong to me! We agreed. You do not kiss other men, Keeley. Ever. Have you for- gotten my rules?”

Her jaw dropped, and she gasped out a few unintelligible words as if she couldn't quite figure out what to say to him.

He stood in place, breathing too quickly, too heavily, his throat and lungs burning. He reached for her, but as so many times before, fisted his hands and dropped them just before contact. This is crazy. I’m crazy. I have to leave.

“Are you…thinking about touching me?” she asked, her eyes widening again.

No, she had to leave. He could not be in public right now. “Go shopping. Buy yourself something pretty. My treat.” He basically tossed his credit card at her. He should be calm by the time she finished. “Come back in an hour. Maybe two. Actually, we’ll reconvene to- morrow.”

“You are,” she said. “You’re thinking… Even craving me. You don’t like the thought of another man’s hands on me, and you want to replace the memory with your hands.”

That. Yes. Hades would die, and Torin…Torin would touch this woman and never stop.

He gnashed his molars. “Last chance, Keeley. I suggest you take it and leave.” Soon. His control was almost completely shredded.

“No way. You’re the big bad warrior, yet I've had to come on to you time and time again. I've had to battle within myself—worth the price or not worth it. Well, it’s your turn.”

“There is no damn way you just suggested I haven’t done the same. I've battled.”

“When have you ever caved without prompting from me? You've resisted me so easily, always walking away. Sure, you've snarled while you've done the walking, but still you left me behind. So, tell me. When did you ever—”

“So easily?” he roared. Had she just said so easily? She had no clue about the intensity of his need—but he would teach her better.

Torin cupped her by the nape, yanked her close and smashed his mouth against hers. The kiss was a brutal assault meant to silence her, to dominate and possess. He held her still, making her take it, take everything. But the moment she softened against him, welcomed him inside her mouth, the darkness churning inside him switched gears. From the need to punish and master to the need to seduce and please.

This was Keeley. His princess. She deserved his best.

He gentled the pressure, rolling his tongue inside her mouth, learning her all over again, tasting her. Summer berries and melted honey. So sweet. And mine. All mine. He framed her cheeks, angled her head and rolled his tongue just a little deeper. This time, she met him with a roll of her own.

That was his undoing.

Gena will be doing a virtual event on December 9th! Check out the details HERE, and buy signed copies of The Darkest Touch HERE!
Posted by Alyssa at 12:00 AM