Welcome to the Crystal Kingdom blog tour! I binge-read the Trylle trilogy (last year), and read the Kanin Chronicles as well! Crystal Kingdom is the end to another series, but a beautiful end, at that. Check out my Q&A with Amanda, and enter to win Crystal Kingdom!

Alyssa: Hi, Amanda! Thank you so much for joining me today on my blog! And congratulations on another release!

Amanda: Thank you so much for having me, and I’m very excited about this release. It’s always the scariest and most gratifying to release the final book in a series.

Alyssa: I can imagine! For us readers as well, buy a completely different kind of scary and gratifying for you as a writer O_O So, let’s get to it, lady! How was writing Crystal Kingdom different from writing the other two Kanin books? I noticed that this book was quite a bit longer than Frostfire and Ice Kissed!

Amanda: It was a lot of fun, because I didn’t have to hold back. The first two books are about building up and hinting at what’s to come, but in the final book, it’s here. It’s time to pull back the curtain and let the readers see who’s been pulling the strings. All the questions are answered, and there’s a lot of confrontation.

Alyssa: That makes sense! I think questions were answered very well and in their entirety :) If this series were to make it to the little or big screen, which actor and actress would you choose to play Bryn and Ridley?

Amanda: For Bryn, I would like Elizabeth Olsen, but Bryn is more muscular, more like Pink, so they’d have to her do a boot camp beforehand. For Ridley, I like Diego Boneta.

Alyssa: What’s one song that really represents this book?

Amanda: “Glory and Gore” by Lorde.

Alyssa: I LOVE THAT SONG! Do you think you’ll write more books set in the Trylle/Kanin world? Another spinoff series?

Amanda: Possibly. At the moment, I don’t have any plans to, but I’ve really enjoyed exploring the Kanin more, and I’ve only really focused on showcasing the world of two of the five tribes. So there’s definitely potential in the future, but I don’t know what it would be about or when.

Alyssa: This kind of goes along with the previous question, but what are you currently working on in terms of Young Adult projects - something new? Anything contracted?

Amanda: Right now, I’m finishing up a standalone YA novel set in the 1980s that follows a travelling sideshow, and the book is called Freeks. I pitched it as Pretty in Pink meets The Lost Boys (minus the vampires) meets Carnivale. It should be out sometime in 2016 with St. Martin’s Griffin. I’ll also have a YA duology coming out with them in 2017, but I’ve only just begun the outlining process.

Alyssa: Ooo, intriguing! And that’s all from me! Thank you so much for stopping by my blog, Amanda! And happy publication to you and Crystal Kingdom!

Amanda Hocking is The New York Times bestselling author of the Trylle trilogy and a lifelong Minnesotan. After selling over a million copies of her books, primarily in eBook format, she became the exemplar of self-publishing success in the digital age. 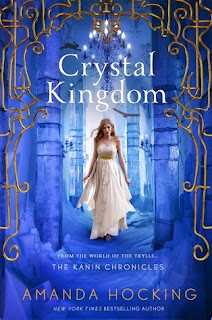 Read an excerpt from Crystal Kingdom! 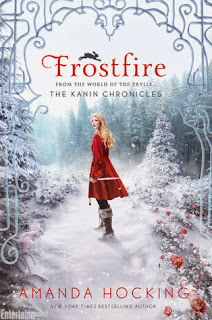 Read an excerpt from Frostfire! 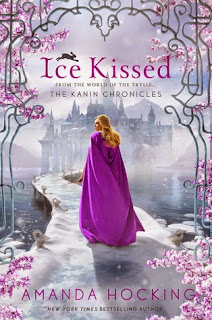 Read an excerpt from Ice Kissed!