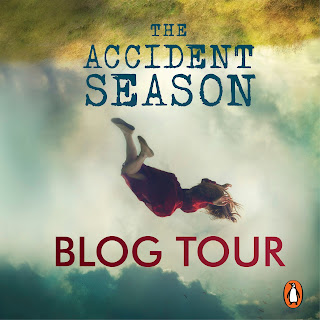 Welcome to the blog tour for The Accident Season by Moïra Fowley-Doyle! For those of you that missed it, my review of this book is posted - and I loved the book! Check out this guest post I have with the very Moïra Fowley-Doyle, and learn more about this amazing magical realism novel! 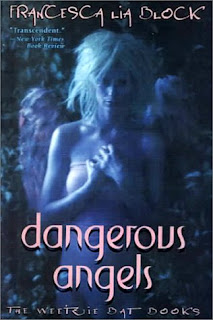 This book had such a strong effect on my adolescence, on my writing and on the way I see the world. Comprising of five very short interconnected novels (Weetzie Bat, Witch Baby, Cherokee Bat and the Goat Guys, Missing Angel Juan and Baby BeBop), Dangerous Angels is rich in sparkle glam and eerie darkness. Set in a magical Los Angeles with a couple of pit-stops in New York City, the book follows the sweet and strange, glitzy lives of Weetzie Bat and her mixed-up family as they make wishes, fall in love, run away from home, make movies, start a band, come out to their parents, get lost, and deal with death and longing and family and home. It has a genie lamp, a cult of Jayne-Mansfield-worshiping witches, magical goat-footed boots, the maybe-ghost of an almost-grandfather and a boy who lives in the trees and it’s a wild ride that’ll make you love life and believe in magic.
Heaven Eyes by David Almond 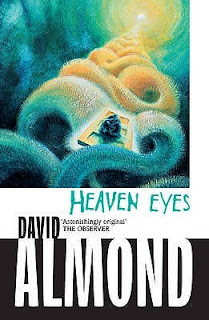 I had a hard time choosing which David Almond book to write about here because everything he writes is so beautiful it begs to be read aloud. Heaven Eyes is about three troubled kids who run away from their group home on a makeshift raft. On the banks of the river they meet a strange web-fingered girl and her cantankerous guardian who live in a derelict warehouse. It has plenty of dark secrets, dead birds and treasures washed up in the mud and it will make you wonder if the strange creatures in abandoned places are the ghosts, or if we are. 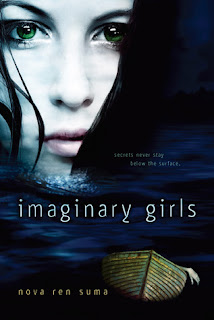 I fell fast in love with this book when I first read it. Creepy and dreamlike, Imaginary Girls is liquid-moving and obsessive and unusual, a bit like Ruby, who is narrator Chloe’s charming older sister. She’s so charming that nobody in their small town can say no to her – literally. After a girl drowns at one of Ruby’s parties Chloe is sent away, and when she finally comes back it’s as if absolutely nothing has changed. Imaginary Girls has mixed-up memories, notes sent tied to balloons, lots of drinking by reservoirs and an underwater ghost town and it’s enough to make you afraid of lakes forever. 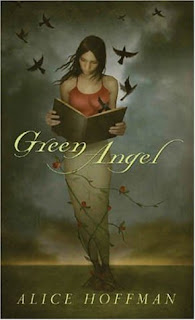 Alice Hoffman is another author with an impressive repertoire of stunning magic realism novels. Green Angel is a sparse and haunting fable about a sullen, introverted teenage girl with a talent for gardening who loses her parents and little sister in a nameless disaster. With the dust settling – literally, and blindingly – on the countryside, Green neglects her ashen garden and hardens herself to fight off looters and feral orphan children. It’s only through helping to heal the various stragglers who appear at her door that she learns to heal herself. This short little book has rose thorn tattoos, witchy neighbours, grief-stricken teenagers drinking under bridges and a mysterious and beautiful silent boy, and it reads just like a fairytale. 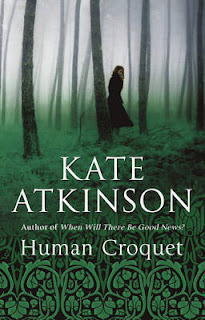 Kate Atkinson is one of my all-time favourite authors and Human Croquet is sad and strange and poignant and playful and my summary will never do it justice. It’s about sixteen-year-old Isobel whose mother went missing when Isobel was a child and whose father left soon after only to return after seven years with a new wife and (allegedly) no memory of ever having left. Isobel’s brother is obsessed with alien abductions and missing people and is convinced their mother will one day come home. “Home,” however, is now populated by a bad-tempered aunt, a lecherous lodger, and their father’s wife whose behaviour is becoming increasingly erratic. But when Isobel starts randomly slipping into the past and reliving different versions of the same night, she starts to piece together the truth about her mother’s disappearance and the rest of her family, friends and neighbours’ hidden lives. It has sad-eyed best friends, mysterious babies, resurfacing family heirlooms, black comedy, occasional time travel, a boy who (maybe) turns into a dog, conversations with William Shakespeare and a girl who turns into a tree, and it’s a riot of oddness and colourful characters and ridiculously beautiful prose. 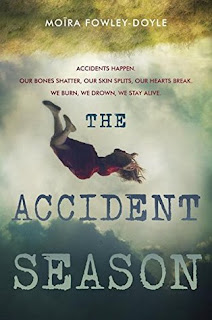 Tumblr | Goodreads | Amazon | Barnes and Noble
Posted by Alyssa at 12:00 AM