Blog Tour Guest Post with Michelle Levy, Author of Not After Everything

Hi everyone! Welcome to the blog tour for Not After Everything, one of the most inspiring and heart-wrenching YA contemporary novels I've read for the year! I have the honor and pleasure of featuring Michelle Levy on the blog. Check out her awesome guest post!

After I finished my first manuscript, I knew I should probably share it with someone and get some feedback. But there was one little problem: I was a secret writer. I worked on that book every single day for nine months without ever telling anyone what I was doing.

I was a liar. I lied to everyone. My mom would call asking what I was doing, I was watching a movie. I turned down invites from friends citing sickness, headaches, and just plain old “I’m too tired,” when secretly I had this whole other world I was playing in. But I knew I couldn’t keep it to myself forever, so after I revised (twice), I finally managed to work up the nerve to tell someone what I had done.

My friend who got me into reading YA seemed like a good place to start. So I printed out all 500+ pages (don’t even get me started on that) of that manuscript and invited her over. I was so nervous. How dumb is that? But, I mean, I was really, really nervous. Who was I to think I could be a writer? I didn’t do well in my English classes in high school and I barely scraped by in my one and only creative writing class. I went to a performing arts college where what we did was as far from writing as you can get. I wasn’t a writer. I wasn’t smart enough to be a writer.

Besides, you can’t just wake up one day when you’re thirty-two and decide to be a writer, right?

But that wasn’t really the case. I realize now that I had always been a writer. I remember lying in bed back when I was probably six or seven dreaming up worlds where I had pet unicorns or I was a beautiful princess with fabulous clothes (or both), which became something I would look forward to doing every night. I just never thought to write anything down. I guess it never occurred to me that I should. The stories changed throughout the years, but it was something I always, always did.

My senior year of high school, I finally worked up the courage to take creative writing. I can’t remember the name of my teacher, only that he thought I was worthy of a low C—maybe even a D, come to think of it. You see, our first big assignment was to write a short story about anything we wanted. I wrote something about a female serial killer who lured men in by being sexy and then she killed them with an icicle. I called her the Black Widow. I titled the story, which was a good twenty pages long, The Black Widow. I blocked out pretty much everything about that class but I’ll never forget being summoned to his desk to talk about my story, sitting down, and him getting in my face telling me I plagiarized my story and that this was a serious offence. He told me that I copied some old movie with the same name that I had never even heard of. Um, this is not plagiarization, just unimaginative beginner writing. But he made me feel like I committed a crime. He also gave me a D on that. Stupidly I took everything he said to mean I was dumb and couldn’t be original and I definitely was not a writer. So I stopped trying. I stopped caring. But I never stopped my nighttime stories in my head.

And then I had a friend—my best friend—who was a screenwriter. And we would brainstorm ideas and he would write the screenplay and it never even occurred to me that I was writing the darn thing with him. Just because he was the one at the computer didn’t mean he was the writer, but that’s what I thought. So I never tried to write anything myself. If I had an idea, I gave it to him. And that’s just how things were. He was insanely smart, so obviously he was a writer and I was not.

It wasn’t until many, many years later—nine to be exact— that I would dare to try writing down a story myself. And when I did, the words poured out of me like they were finally being released after decades in the prison of my mind. Which they kind of were. And still, no matter how easy it came, or how natural it felt, I was ashamed to admit I was writing. I felt like people would judge me. That they would think things like, you didn’t even go to a real college, why on earth do think you can just decide to be a writer? Or, sure you’re a writer, probably a terrible one.

So when it came time to finally share my work, I almost chickened out. But somehow I managed to drag that 500-page tome out of my room and give it to my YA-loving friend. The conversation that happened after went something like this:

Me: You might have been wondering why I was canceling plans—

And then she read the opening again aloud. And she teared up and said, “Michelle, you’re a writer! A great writer!” And I teared up and then after all the tears were gone, I told her everything. It was one of the scariest moments ever. I remember shaking and having to drink excessive amounts of water because my mouth was so dry. And it was so stupid. She didn’t think I wasn’t smart enough to be a writer. She even thought I was a good, no, great, writer. All of that crap was all in my head.

You don’t have to have fancy degrees or an IQ of 130 to be a writer; you just have to have imagination, of which I have plenty. And, dammit, I. Am. A. Writer! 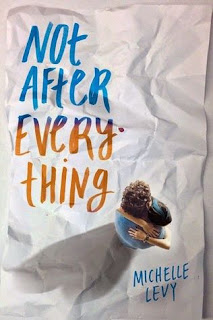 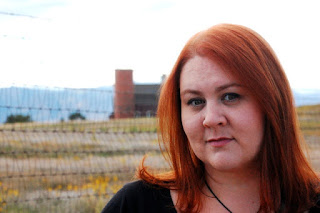 Michelle Levy was born and raised in Colorado, but at eighteen moved to Los Angeles to pursue a career in casting for film and television. In her many years of casting she has been privileged to work on projects such as Six Feet Under, Deadwood, Bruce Almighty, Mr. Popper’s Penguins, Vampire Academy: Blood Sisters, and many more. This is her first novel.