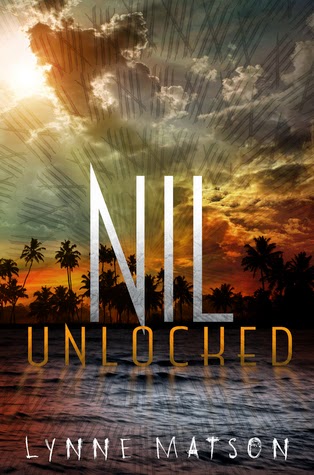 
This is the companion sequel to Nil, a continuation of the world of Nil with different protagonists. This series deals with a mysterious island, in which teenagers from the real world are taken randomly and dumped onto the island. There, they must figure out how to get off the island before a year - or they disappear. This particular tangentially mentions nuclear weapons/nuclear bombs.

So today, I'm going to talk about nuclear weapons!

And what a lovely coincidence it is for a second Science in Fiction feature in a row, that a huge event is having an anniversary around the time of my post. The Chernobyl disaster occurred on April 26, 1986, just about 29 years ago. Serious proof that nuclear anything - weapons, energy, etc. - is highly risky and hazardous.

Nuclear weapons are among the most dangerous weapons known to mankind. One nuclear bomb could kill millions of people, and have harmful effects years after it explodes. Nuclear weapons have been used twice in history, in Hiroshima and Nagasaki in 1945.

Many treaties have been created since 1946, in the attempt to limit the number of nuclear weapons in the world. However, everyone is/should be aware that the United States, Russia, and several other countries have nuclear weapons within their possession, and are most likely developing more as we speak. Or type. Etc. Just recently, Obama and his administration have been making concessions with Iran, lifting sanctions and pretty much allowing Iran to continue making its generation bomb without having the United States take any sort of action, direct or indirect. THIS article is a bit biased, but very informative on that particular matter.

Nuclear weapons, while very powerful and great for threatening people (not that I condone that), are quite scary, to say the least. THIS article goes through a bit of the history of the weapons. Many countries use/want to use nuclear weapons, but the whole world will be affected, should just one country use the weapons.

- Serious environmental contamination: Chernobyl is the most intense example of this. To this day, the Chernobyl site is uninhabited. On April 26th, it will have been 29 years since the disaster of this nuclear power plant. Keep in mind, this was a nuclear power plant, and not a nuclear bomb. However, the effect on the environment is quite similar: people died from exposure to radiation, people are affected long-term from cancer and other illnesses, uranium persists, etc. See HERE for before and after photographs, and HERE for some seriously haunting photographs taken recently!
- Cancer, decreased fertility, leukemia, and other conditions are possible health effects of exposure to nuclear radiation.
- Biomagnification: this is basically when a chemical is absorbed into a creature, and then another creature eats that creature, and so on, and the chemical keeps traveling. For example, if uranium is absorbed into grass, and cows eat the grass, and humans eat the cow... well, uranium 238's half-life is 4.5 billion years. So, that uranium isn't going anywhere.
- The mushroom clouds that are produced by nuclear explosions block the sun, reducing photosynthesis, which seriously effects food chains. Remember, photosynthetic organisms are the pillars of almost every single food chain on this planet.
- Less sunlight = shorter growing seasons. That has worldwide implications - imagine a world with not enough food for EVERYONE. We already suffer from world hunger issues in most countries. Imagine all cities, all countries, having strict rationing policies, because of shorter growing seasons.
- Ozone depletion: more ultraviolet radiation will be able to pass through the ozone layer. This is detrimental to the environment as well as human health.
- Human birth defects, fatigue, nausea, and death (obviously).
- See more health effects HERE.


Bottom line? Nuclear weapons are scary. So is nuclear energy, but that's a different ballgame. I'm talking about nuclear bombs specifically, but both nuclear weapons and nuclear energy are incredibly dangerous. It's no wonder you have ideas like superpowers coming from radiation, by getting bitten by a radioactive spider, or exposure to nuclear waste (Family Guy reference!). Anything nuclear is incredibly powerful, incredibly innovative, and incredibly unsafe. Personally, I wish nuclear weapons didn't exist, but they do. Nuclear energy is really efficient but very poor for the environment, so it's not the best technology to use, long-term. Ideally, no one should live in fear of anything, but especially something as awful as nuclear weapons.


Any opinions? Thoughts on nuclear weapons? Nuclear energy?
Posted by Alyssa at 12:00 AM