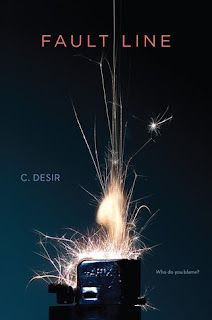 I'm cheating again because I've had this book since February. BUT, I'm creating this post early July, and I haven't read it yet. Also, I needed a mid-November release. If you haven't noticed, every single on of my Waiting on Wednesday posts are in chronological order.