Welcome to the Boldly Bookish Tour! Today, I'll be sharing with you the responses of four wonderful ladies, as well as information about their books, and a chance to win a great prize! Check it out below!

What is something bold that one of your characters does in your book that you couldn't see yourself doing? 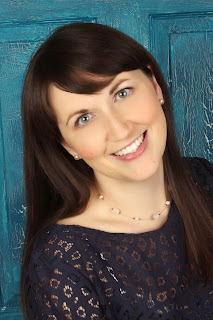 I have an overactive sense of ‘stranger danger.’

I blame my mom—but also hold her completely blameless. When I was little, I was the type of kid who didn’t hesitate to try and climb in the mail truck and leave with the mailman—so that I could finish telling him the story about the inchworm I found on my porch. Or, I’d wander out of my yard and into the neighbor’s kitchen to show her a picture I painted. Clearly my mom had to do something. And that something was to borrow EVERY safety video our local library had and make me watch them on repeat until I had every ‘Don’t talk to strangers’ song memorized and internalized. To this day, my first reaction to strangers is to think please don’t abduct me and start mentally humming ‘Stranger Danger,’ which naturally makes me the world’s smoothest small talker.

In Hold Me Like a Breath, Penny Landlow’s mother doesn’t need to do any brainwashing by PSA—because Penny’s not allowed to leave her family estate. When Events Transpire in the book and Penny ends up alone in New York City, she talks to everyone.  EVERYONE. Just the thought of this many stranger interactions gives me the panics.  I definitely need to learn to channel some of Penny’s boldness when it comes to meeting new people. 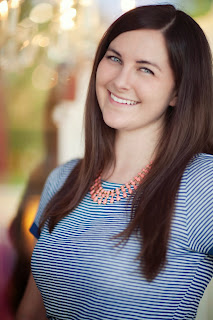 My main character in The Start of Me and You, Paige, is pretty reserved. But her best friend Tessa often attends concerts alone—because she’s just there for her own, personal experience with the band. I never would have been secure enough in high school to go to a show solo!! It may not be swashbuckling or skydiving, but I think doing things entirely for yourself, by yourself, can be not only bold but empowering. 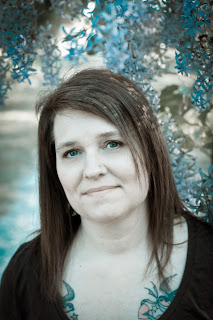 Any one thing I would pick would be a spoiler, so I think everything Cadie does in THE DEVIL YOU KNOW is something I would not have been bold enough to do at her age. But that's kind of why I wrote her. In some ways, she's the girl I wish I had been when I was eighteen. 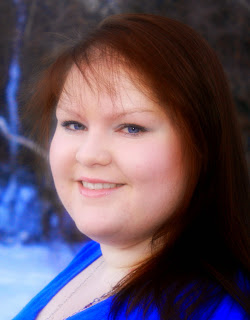 Well, there’s the whole climbing around trees thing—Scarlet seems to do that a lot and the last time I tried to, like, roller skate, I ended up doing this thing where I stuck my butt out and put my hands out in front of me and then couldn’t figure out how to move forward without falling, so…yeah I’m not the most athletically coordinated.

TIFFANY SCHMIDT is the author of Send Me a Sign and Bright Before Sunrise. She lives in Pennsylvania with her saintly husband, impish twin boys, and a pair of mischievous puggles. Visit Tiffany online at www.TiffanySchmidt.com and on Twitter @TiffanySchmidt.

EMERY LORD is the author of Open Road Summer. She lives in a pink row house in Cincinnati, with a husband, two rescue dogs, and a closet full of impractical shoes. Open Road Summer is her first novel. Visit her online at www.emerylord.com and on Twitter @emerylord.

TRISH DOLLER is the author of Something Like Normal and Where the Stars Still Shine. She's a former newspaper reporter and radio personality who now works as a bookseller at the Ft Myers B&N. She lives in Fort Myers, Florida, with her two mostly grown children, two dogs, and a pirate. (For real.) Visit her online at www.trishdoller.com and on Twitter at @TrishDoller.

A. C. GAUGHEN is the author of Scarlet and Lady Thief. She serves as the Director of Girls’ Leadership for the non-profit Boston GLOW, creating opportunities to encourage and engage teen girls in the Greater Boston area. She has a Masters in Creative Writing from St. Andrews University in Scotland and a Masters in Education from Harvard University. Visit A. C. online at www.acgaughen.com and on Twitter at @acgaughen. 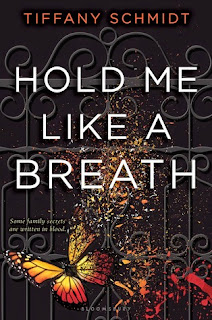 Penelope Landlow has grown up with the knowledge that almost anything can be bought or sold—including body parts. She’s the daughter of one of the three crime families that control the black market for organ transplants.

Penelope’s surrounded by all the suffocating privilege and protection her family can provide, but they can't protect her from the autoimmune disorder that causes her to bruise so easily.

And in her family's line of work no one can be safe forever.

All Penelope has ever wanted is freedom and independence. But when she’s caught in the crossfire as rival families scramble for prominence, she learns that her wishes come with casualties, that betrayal hurts worse than bruises, that love is a risk worth taking . . . and maybe she’s not as fragile as everyone thinks. 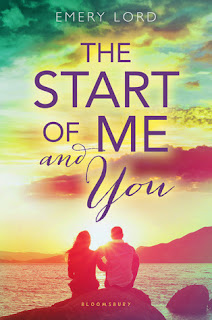 Brimming with heartfelt relationships and authentic high-school dynamics The Start of Me and You proves that it’s never too late for second chances.

It’s been a year since it happened—when Paige Hancock’s first boyfriend died in an accident. After shutting out the world for two years, Paige is finally ready for a second chance at high school . . . and she has a plan. First: Get her old crush, Ryan Chase, to date her—the perfect way to convince everyone she’s back to normal. Next: Join a club—simple, it’s high school after all. But when Ryan’s sweet, nerdy cousin, Max, moves to town and recruits Paige for the Quiz Bowl team (of all things!) her perfect plan is thrown for a serious loop. Will Paige be able to face her fears and finally open herself up to the life she was meant to live? 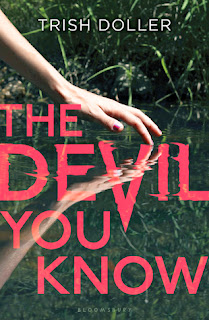 Eighteen-year-old Arcadia wants adventure. Living in a tiny Florida town with her dad and four-year-old brother, Cadie spends most of her time working, going to school, and taking care of her family. So when she meets two handsome cousins at a campfire party, she finally has a chance for fun. They invite her and friend to join them on a road trip, and it's just the risk she's been craving-the opportunity to escape. But what starts out as a fun, sexy journey quickly becomes dangerous when she discovers that one of them is not at all who he claims to be. One of them has deadly intentions.

A road trip fling turns terrifying in this contemporary story that will keep readers on the edge of their seats. 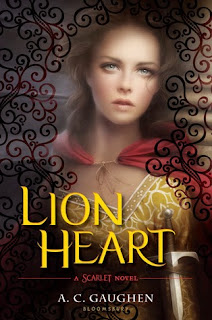 The eagerly-awaited conclusion to the Scarlet trilogy delivers another action-packed and romance-filled adventure.

Scarlet has captured the hearts of readers as well as the heart of Robin Hood, and after ceaseless obstacles and countless threats, readers will finally find out the fate of the Lady Thief.

Imprisoned by Prince John for months, Scarlet finds herself a long way from Nottinghamshire. After a daring escape from the Prince's clutches, she learns that King Richard’s life is in jeopardy, and Eleanor of Aquitaine demands a service Scarlet can’t refuse: spy for her and help bring Richard home safe. But fate—and her heart—won’t allow her to stay away from Nottinghamshire for long, and together, Scarlet and Rob must stop Prince John from going through with his dark plans for England. They can not rest until he’s stopped, but will their love be enough to save them once and for all?

This giveaway is for the winner’s choice of any of the four books featured on this tour: The Start of Me and You by Emery Lord, The Devil You Know by Trish Doller, Lion Heart by A.C. Gaughen, and Hold Me Like a Breath by Tiffany Schmidt. This is a US only giveaway and entrants must be 13 years or older to enter.