Hello and welcome to the Joyride blog tour! I'm thrilled to participate in the promotion for this new book by the lovely Anna Banks. My review of Joyride will be posted tomorrow. In the meantime, check out this guest post by Anna, and enter to win Joyride! 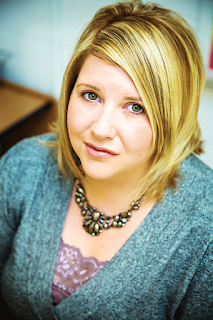 Would You Hire Anna Banks?

So. I’ve had a lot of freaking jobs in my relatively short life ;) Here is a resume of my most memorable ones. You can decide if you’d hire me or not.

This was the only job I ever walked out on. I was about 18 years old when I worked here and while Taco Bell is a good company to work for overall, don’t get me wrong, it might have been my least favorite job. But it was one of my first jobs, and one of my first glimpses into what real-life working was. Here are some cray-cray things that happened while I was there, that made me realize people were crazy:

1.) A customer paid all in pennies. Not rolled pennies. Nope, loose pennies intermingled with lint and hair and what looked suspiciously like dried boogers. $14 worth of disgusting pennies.
2.) A customer claimed that there was a lizard in his Mexican Pizza and demanded a refund, but could not provide proof of the lizard. It was apparently still alive and ran off—and, AND! the Mexican Pizza was entirely eaten when he demanded a refund.
3.) A man, obviously high on something, came through our drive thru wanting to return his Big Mac. After explaining to him eleventeen times that we weren’t McDonald’s, he called 9-1-1 to “report a robbery”. He was arrested, to say the least.

Job Skill Acquired: Ability to keep a straight face while utter ridiculousness is being spewed at you by someone who barely made it to the restaurant clothed and alive.

Sounds boring, right? Well, I learned a few things anyway, and not just how to list a property for sale. We also handled rentals, and here is the downside to that:

1.) When someone gets evicted, all their stuff is put out to the side of the road. People freaking line up to pick through it when this happens. These vultures came in to the office to inquire if we knew of anyone getting evicted that month. Once, they almost got into a brawl over the evictee’s lingerie! Used underwear, people.
2.) Part of my job was to show potential renters around different properties. Some of those properties were absolute squalor. There was one property that had a hole in the living room wall, and I had to be the one to explain that the landlord had no intention of fixing it. Loser.
3.) I had a client who tried to pay his rent in the form of home-grown marijuana. Needless to say, a property inspection was conducted and said client had to get rid of his “garden”.

Job Skill Acquired: Humility. No matter how bad you’ve got it, chances are you’re not living in a house with a hole in the living room in the dead of winter, or being evicted as scavengers troll through your belongings.

1.) I had the misfortune to clean the penthouse. Apparently, when you have a lot of money,  you lose your freaking mind. There were live crabs in one of the bathtubs, Spaghettios thrown against the wall and left to drip down it, and one of the bunk beds was smeared in FRESH human feces.
2.) The girl training me informed me that you only change the sheets if they look dirty. Seriously.
3.) Did I mention human feces?

Job Skill Acquired: None. I didn’t even go back to pick up my only paycheck.

What are your employment horror stories? 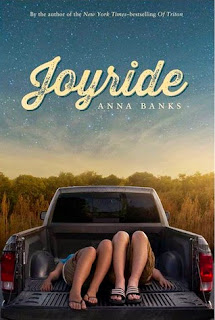 A popular guy and a shy girl with a secret become unlikely accomplices for midnight pranking, and are soon in over their heads—with the law and with each other—in this sparkling standalone from NYT-bestselling author Anna Banks.

It’s been years since Carly Vega’s parents were deported. She lives with her brother, studies hard, and works at a convenience store to contribute to getting her parents back from Mexico.

Arden Moss used to be the star quarterback at school. He dated popular blondes and had fun with his older sister, Amber. But now Amber’s dead, and Arden blames his father, the town sheriff who wouldn’t acknowledge Amber's mental illness. Arden refuses to fulfill whatever his conservative father expects.

All Carly wants is to stay under the radar and do what her family expects. All Arden wants is to NOT do what his family expects. When their paths cross, they each realize they’ve been living according to others. Carly and Arden’s journey toward their true hearts—and one another—is funny, romantic, and sometimes harsh.

May 7- The Reader Bee
May 8- A Perfection Called Books
May 9- The Young Folks
May 10- Love Is Not a Triangle
May 11- The Eater of Books!
May 12- Xpresso Reads
May 13- WhoRU Blog
May 14- Bewitched Bookworms
May 15- A Book and A Latte
May 16- Green Bean Teen Queen
May 17- Gone With The Words
May 18-Bumbles and Fairytales
May 19-Fiktshun
May 20-Curling Up With A Good Book
May 21-Swoony Boys Podcast
May 22-A Reader’s Adventure
May 23-The Irish Banana
May 24-Exlibris Kate
May 25-Love At First Page
May 26-Adventures of a Book Junkie
May 27-Dana Square
May 28-Rather Be Reading
May 29-Paper Riot
May 30-Mundie Moms
May 31-Mary Had A Little Book Blog
June 1-Alice Marvels
June 2- MacTeenBooks Blog
Posted by Alyssa at 12:00 AM