Welcome to the blog tour for Nil Unlocked by Lynne Matson! I'm super excited to help promote this wonderful and thrilling sequel novel! Check out Lynne's guest post below, and enter the giveaway!

This very thing happened to me with NIL.

NIL’s first cover channeled the Survivor and LOST vibe to the max. It had silhouettes of the teens, some of which looked a bit like my characters, and some which didn’t. It had the tagline I’d created, “They can’t stop the clock; they can only hope to beat it,” and it had a shadowed island that I loved.

Here’s the original cover of NIL that was on the galley copies: 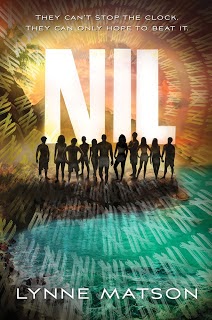 I’m not gonna lie; I LOVED holding my book in my hands, with the story I’d created tucked between the pages. It was the culmination of a dream in printed form. And the cover! I loved the font, the tallymarks (so perfect! and they swirl like a clock—or  a wormhole!), and the island in shadows. But I’ll admit, I kept staring at the silhouettes. I knew they weren’t meant to represent any particular characters—that they were instead meant to represent the various teens passing through Nil at any given time—but I couldn’t stop trying to find Charley and Thad in the images. Same for Rives, Natalie, Talla, and Bart. None of them exactly matched the images in my head, although I think I found Heesham and Sy.:). But I was cool with it.

Flash forward the period between the ARC’s (Advance Reader Copies, or ARE’s, Advance Reader Editions) and the final copy. My publisher decided to take the cover in a different direction, to better capture the feel of the book. At first I was like, “whoa, we’re changing the cover?!” *cue worry* because I was a debut author and clueless and well, sometimes I’m a worrier.:D Then I saw the new cover, and I was all “YES! WE’RE CHANGING THE COVER!” *cue screams of happiness*

All the things I loved from the first cover (the font, the tallymarks, the island) stayed, and THE NEW COVER WAS SO MUCH BETTER, because the island became the focal point. I especially loved the water and the blue, and the eeriness coupled with the fresh tag line. The minute I saw the new cover I knew it was THE ONE. (Weird, I know. lol) For me, NIL’s final cover was perfect, and the gritty matte finish was sandy icing on the island cake. 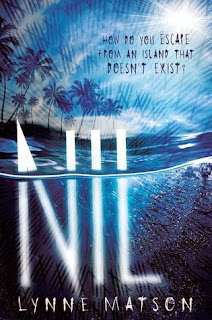 I honestly can’t imagine any other cover for NIL. The island is the core of the story and the series, so it’s totally fitting that the island takes center stage on the cover. As y’all probably know, NIL tells a story of two characters’ time on the island (Charley and Thad), but as you learn in NIL UNLOCKED, there are so many Nil stories to be told. But the one constant factor? The island.

Which brings me to NIL UNLOCKED. The island-as-the-focal-point theme continues on the cover. As with NIL, the cover of NIL UNLOCKED is equally perfect for the story contained within it’s pages. Darker, with colors of night and blood and murky water, plus the tallymarks and a fresh cool font—and the island has the spotlight! 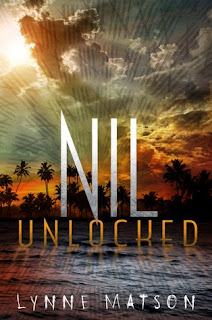 So there you have it! Cover changes, cover love. The publishing truth that book covers often change, but they often change for the better. They definitely did for me.:)

I also need to give a shout-out right now to April Ward, Macmillan’s incredibly talented cover designer for the NIL series. Thank you, April, for your creative brilliance in bringing the Nil world to life on my covers!:)

Thanks, Alyssa, for having me! You’ve been such an amazing part of the #NILtribe since Day One, and I’m so, so grateful.:)

Thank YOU, Lynne, for visiting! Happy release week - we hope you had a lovely pub day! :)

Check out the Fierce Reads tour - Lynne will be touring!

On the island of Nil, the rules are set. You have exactly 365 days to escape—or you die. Rives is now the undisputed Leader of Nil City, but keeping the City united is tougher than ever.

Raiders have grown bolder, supplies are dwindling, and non-human inhabitants have taken a turn toward the deadly. New arrivals cause rifts within the City, putting the Search system at risk, and calling everything Rives knows into question. Desperate for answers, he teams up with the only other person searching for them: Skye, a new arrival with a mysterious past of her own. Soon the duo find themselves locked in a desperate race to save all the residents of Nil—and possibly destroy the island forever. But at what cost? And who will pay the price?

Read an excerpt of Nil Unlocked!


Check out my Science in Fiction feature, spotlighting Nil Unlocked for the month of April!

Win a paperback copy of Nil and a hardcover copy of Nil Unlocked! Courtesy of Macmillan. USA only, please.

Monday, May 11
Adventures of a Book Junkie

Tuesday, May 12
The Book Addict’s Guide

Wednesday, May 13
The Eater of Books

Monday, May 18
The Reading Nook Reviews