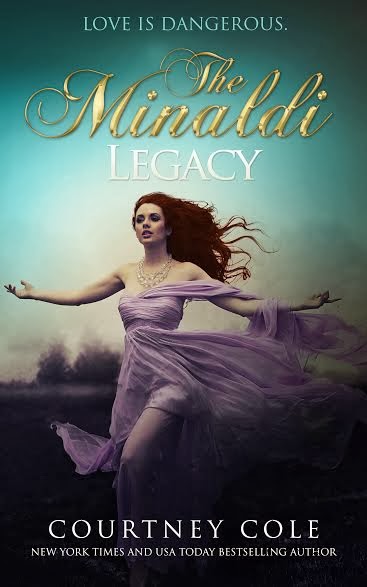 Luca Minaldi is rich, powerful and mesmerizing.  He’s also a reclusive enigma.  He lives in Malta, a fairy-tale place filled with sunshine and sea, beauty and secrets.  And Luca’s darkest of secrets is the best-kept of them all.

Eva Talbot moves to Malta to finish her doctoral dissertation in Psychiatry.  When she meets Luca, there is a very real and instant attraction that she has never felt before. But even still, she senses the darkness that lives within him.

Eva is hired to care for Luca’s mother, a woman who suffers from dementia.  It is Luca, however, that Eva will eventually risk everything to save… as the legacy that plagues him continues.

As the darkness swirls ever more tightly around her, Eva realizes that no matter how hard she tries, she might not be able to save Luca without losing herself.

Eva and Luca are thrust into a world where their love is tested and darkness reigns.  Amid chaos and treachery, love and hate, Luca and Eva learn one important thing.

But it also might be the one thing that can save them all.

********
The Minaldi Legacy consists of two parts, part one:  Of Blood and Bone and part two:  Of Darkness and Demons.  It contains adult themes and content. 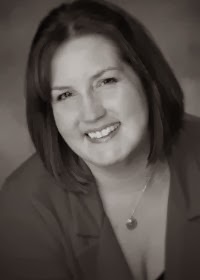 Courtney Cole is a novelist who would eat mythology for breakfast if she could. She has a degree in Business, but has since discovered that corporate America is not nearly as fun to live in as fictional worlds. She loves chocolate and roller coasters and hates waiting and rude people.

Courtney lives in quiet suburbia, close to Lake Michigan, with her real-life Prince Charming, her ornery kids (there is a small chance that they get their orneriness from their mother) and a small domestic zoo.

“Miss, is everything alright?”

A deep voice is calling from outside of my house.  And before I can think about it and remember that I don’t know anyone here and that a stranger really shouldn't be outside of my house, particularly in the middle of the night, I answer.

In a scant moment, a man bursts into my bedroom.

He looks startled to see that I am alone.

And I am startled because he’s alarmingly handsome.

So it appears that we are both startled as we stare at each other.

He’s dark haired, tanned, and has dark eyes.  His bangs are hanging artfully in his eyes, although the hair on the back of his head is a little shorter.  It’s a style that works for him. He’s got broad shoulders, slim hips, chiseled yet graceful features and Sweet Merciful Mary, he’s beautiful.  He’s dressed in jogging shorts and running shoes and a bead of sweat trickles down his temple.  I don’t even have time to wonder why he’s out for a run in the middle of the night before I notice that he’s also got that sexy, day-old stubble that I so love on a man.

I swallow and realize that my mouth has gone dry.

“Are you alright?” he asks, his eyes skimming over me, assessing the situation.  It’s a valid question.  I had been screaming bloody hell, after all.

I nod.  Then shake my head.

His dark eyes widen and he follows my pointing finger with his gaze.

Then he laughs, husky and rich.

“Spider,” he confirms with a nod, his dark eyes sparkling in amusement.  “It looks like you've got yourself a perfect specimen of the Writing Spider.”

“Writing Spider?” I repeat, watching it nervously, making sure it doesn't try to run across the bedroom floor and up my leg. “Is it poisonous?”

I gasp and lurch even further away from the hairy creature on my bed and Handsome Running Guy laughs.

“I’m sorry.  I’m only joking.  I couldn't resist. It’s not poisonous. I think its scientific name is Black and Yellow Argiope, or something like that.  They are all over here.  But you wouldn't know that because you’re not from here, are you?”

I shake my head again, trying not to be overly enthralled with his charming accent.

“Is it that obvious?”

He smiles and suddenly it seems like all natural sources of light are pouring into my room, originating from this man.  He’s got such a strong presence that it makes my spine tingle.  And my stomach is fluttering in a way that it hasn't fluttered since high school.  Interesting.

He shakes his head and then holds out his hand.

“Luca Minaldi,” he tells me and his fingers are cool as he shakes my hand.

“Evangeline Talbot,” I answer.  “But my friends call me Eva.”

“It’s nice to meet you,” and his eyes agree with him as he stares at me.  “The question now is would you like for me to kill your uninvited guest or should I release him into the wilds?”

“Kill it,” I say firmly.  Slight disapproval passes over Luca’s face like a shadow.

“Are you certain?” he asks.  “It’s an amazing specimen and they do eat bugs.  Bugs can get pesky here in Malta, Evangeline.”

“You can call me Eva,” I answer.  “And if we release it into the outdoors, he might come back in.”

I shudder again at that thought.