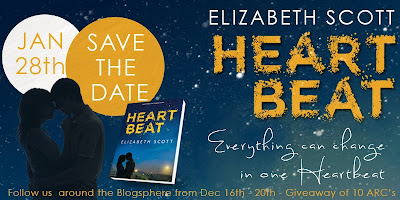 Welcome to the Heartbeat blog tour! I read this book a little while ago, and LOVED it! I'm so excited to share more information about this book with you. Hopefully, you all will read and enjoy this post and book! 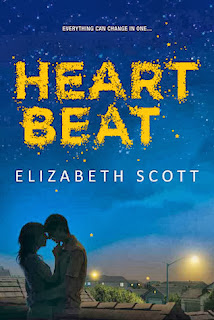 Emma would give anything to talk to her mother one last time. Tell her about her slipping grades, her anger with her stepfather, and the boy with the bad reputation who might be the only one Emma can be herself with.

But Emma can't tell her mother anything. Because her mother is brain-dead and being kept alive by machines for the baby growing inside her.

Meeting bad-boy Caleb Harrison wouldn't have interested Old Emma. But New Emma-the one who exists in a fog of grief, who no longer cares about school, whose only social outlet is her best friend Olivia-New Emma is startled by the connection she and Caleb forge.

Feeling her own heart beat again wakes Emma from the grief that has grayed her existence. Is there hope for life after death-and maybe, for love? 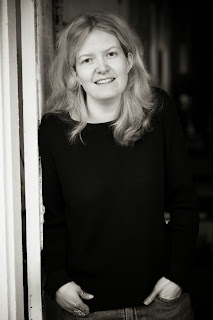 ELIZABETH SCOTT grew up in a town so small it didn't even have a post office, though it did boast an impressive cattle population. She’s sold hardware and panty hose and had a memorable three-day stint in the dot-com industry, where she learned that she really didn't want a career burning CDs. She lives just outside Washington, D.C., with her husband, and firmly believes you can never own too many books.

“Hey,” Olivia says, and I know it’s her because I would know her voice anywhere. We’ve been friends since fifth grade, and we’ve been through period trauma, boy crap, bad hair, her parents and their ways. And now Dan and his baby.

Olivia makes a face at me but also wraps an arm around my shoulders, steering me toward our lockers. Her parents gave her a fully loaded convertible when she got her license, one with a built-in music player, phone, navigation system—you name it, the car had it. Could do it, and all at the touch of a button.

Olivia sold the car—through the one newspaper left in the area, which is basically just ads—and bought a used car. It’s so old all it has is a CD player and a radio. We bought CDs at yard sales for a while, but all we could get was old music, which we both hate, and the radio is just people telling you that what they think is what you should think, so we mostly just drive around in silence.

It used to bother me sometimes but now I like it. The inside of my head is so full now that silence is…I don’t know. There’s just something about knowing Olivia is there, and that we don’t have to talk. That she gets it. Gets me and what’s going on.

Her parents were unhappy about the car, though. Really unhappy, actually, but then there was a big crisis with one of their server farms at work and by the time they surfaced for air they hadn't slept in four days. And when they said, “Olivia, that car was a gift,” she said, “Yes, it was. A gift, meaning something freely given, for the recipient to use as she wanted to, right?”

As we hit her locker, we pass Anthony, and he says, “Ladies,” bowing in my direction. A real bow too, like it’s the nineteenth century or something.

“A donkey is actually not as stupid as people believe. However, you are entitled to your own beliefs about asses. And me.” He looks at me. “Hello, Emma.”

“If you ever want to talk about your grades, do know that I’m here.”

I can’t believe I ever thought the way he talked was interesting. It’s just stupid, like he’s too good to speak like a normal person. “I know, Anthony.”

“I really would like to be of assistance to you. I believe in helping everyone. I’m talking to Zara Johns later. I think she feels threatened by the fact that I’ve been asked to help her organize the next school blood drive.” Translation: he’s butted in, and Zara’s furious.

“Either that or she just doesn't like you. Emma, let’s go,” Olivia says, slamming her locker shut, and we head for mine.

“You okay?” she says, and I nod. Anthony doesn't bother me at all anymore, just like Mom said would happen. I look at him and feel nothing. Well, some annoyance, but then, who wouldn't after listening to him talk?

Of course, I didn't always think that he was annoying. I open my locker, deciding not to go down the Anthony road, and hear the guy next to me say, “No way! I mean, everyone knows what’ll happen to Caleb if he steals another car.”

Olivia and I glance at each other. If Anthony is the ass end of the smart part of the school, Caleb Harrison is the ass end of the stupid part. He’s a total druggie and three years ago, when we were freshmen, he came to school so high he couldn't even talk. I heard that stopped last year, but then, as soon as school got out, his parents sent him off to some “tough love camp,” which is rich-people code for boot-camp rehab.

He came back seemingly off drugs but newly into stealing cars. He started by grabbing them at the mall and parking them in a different spot, but then he stole a teacher’s car.

And then he graduated to a school bus. It was empty at the time, but still, I heard that got him a couple of weeks in juvie, or would have except for his parents, who intervened. I guess now he’s taken yet another step forward and by lunchtime, I know what Caleb stole.

His father’s brand-new, limited-edition Porsche. And he didn't just steal it. He drove it into the lake over by the park, drove right off the highway and into the water. The police found him sitting on the lake’s edge, watching the car sink. They were able to pull it out, but water apparently isn't good for the inside of a Porsche.

“You think he’ll go to jail this time?” Olivia asks as we sit picking at our lunches. I love that we have lunch together this semester, but it’s the first lunch block, and it’s hard to face food—especially cafeteria food—at 10:20 in the morning.

“I guess it depends on his parents,” I say. “Last time they talked to the judge or whatever. They’ll probably just ship him off again. He must hate them, though.”

“Yeah. To sit by the lake and watch the car sink like that—”

“Even when my parents are sucking their lives away with all their computer crap, I’d never do anything like mess with their stuff,” she says. “How can you hate someone who raised you, who loves you so—” She breaks off.

Olivia nods and I think about hate. I understand what can make someone do what Caleb did, although I don’t think a bored, rich druggie really gets hate. Not real hate.