Waiting on Wednesday (#27): Across A Star-Swept Sea by Diana Peterfreund 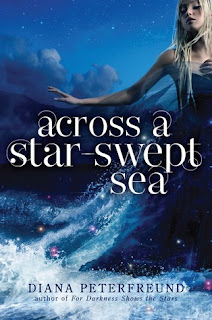 Across A Star-Swept Sea by Diana Peterfreund
Book Two of the For Darkness Shows the Stars series
Publisher: Balzer + Bray
Publication Date: October 15, 2013

Ahhh, I can't wait to read this one! I got rejected for it from Edelweiss THREE TIMES. I hadn't been rejected for a single Harper title until this one! So I'll just have to wait the old-fashioned way. HOW ANNOYING ;)
Posted by Alyssa at 12:00 AM