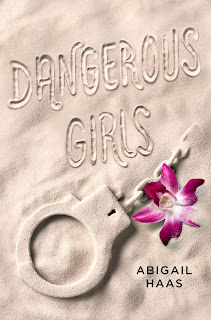 It’s Spring Break of senior year. Anna, her boyfriend Tate, her best friend Elise, and a few other close friends are off to a debaucherous trip to Aruba that promises to be the time of their lives.

But when Elise is found brutally murdered, Anna finds herself trapped in a country not her own, fighting against vile and contemptuous accusations. As Anna sets out to find her friend’s killer, she discovers harsh revelations about her friendships, the slippery nature of truth, and the ache of young love.

Awaiting the judge’s decree, it becomes clear to Anna that everyone around her thinks she is not only guilty, but also dangerous. And when the whole story comes out, reality is more shocking than anyone ever imagined... 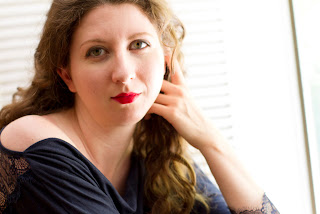 
The photo clicks up on the display projector overhead. Although everyone must have seen it a dozen times over, I still hear the gasp of shock ripple through the courtroom.

“Miss Chevalier, if you could look at the first photo…” He clicks again, making it larger this time. “Can you tell us, when was this taken?”

“And that’s you in the photograph?”

“Tate,” I say quietly, picking at the skin around my left thumbnail. I’m supposed to keep my hands folded, unmoving, but I can’t help it. Every nail is bloodied by now, scabbed and torn.

He’s still waiting, so I take a breath. “And Elise.”

“The victim.” He announces, as if they didn't know. “And what are your costumes, here?”

“And these photographs were taken at… the Newport residence?”

I nod. “I mean, yes. We were going to a party, but we all met at Max and Chelsea’s, to get dressed, and take photos and stuff.”

We must have taken hundreds of photos that night—dressing up, and posing, and later at the party—but of course, nobody wants the rest of them. Not when they have the ones they need right there: four pictures, saying everything they want to see.

“Yes.” He gives me a patronizing smile.“Whose idea was that?”

“I don’t know. We found it, online,” I explain, “The same place we got the costumes.”

She had been so excited, showing me the website. Proper horror costumes, like the kind they use for movies and music videos. Blood, and scars, and fake wounds oozing puss. We’d scrolled through the options, laughing and crying out with disgust. Alien baby.Zombie spinster. Not that we picked any of them in the end. We wanted to look hot, too. Hot, with an edge.

“And the knife, whose idea was that?”
I feel my cheeks flush. “I don’t know.”
“You don’t know? But that’s you holding it, isn't it?” He clicks the photo even bigger.

“Yes. I mean, I don’t remember. There was a lot going on. It’s not mine,” I add, remembering my lawyer’s instructions not to seem sullen or withdrawn. I force a polite smile. “Someone got it from the kitchen, for the photos.”

“Somebody.” He drags the word out, sounding skeptical. “But you don’t remember who?”

“And you were drinking that night.” It doesn't sound like a question, so I don’t reply. “You drank often?”

“We all drank.” I protest. “Just some wine, or vodka, with mixers, you know? The guys had beer. AK always smoked—“

“That’s not relevant.” He interrupts me quickly. “You and Miss Warren, and Mr Dempsey. You drank together.” He clicks to the next photo, to answer his own question, and there we are: Tate pouring vodka into both our mouths.

“Yes,” I admit. I know what comes next, my lawyer’s warned me well enough. He’ll ask about the weed, and the pills. About my Mom’s Xanax, and the times Elise tried her Dad’s Percocet. About the cocaine Melanie saw Elise try over Christmas break, and the liquid X Niklas tried to feed her in the club that night. It sounds so bad, all run together like that, but there’s no way around it, save lying, and too many people saw too many things to get away with that.

I take a breath, bracing myself, but instead, the lawyer clicks again, to the next photo. “Can you tell me about the necklaces?”

I stop. “What?”
“A necklace was ripped from the victim’s neck that night, and there’s a possibility it was the one she’s wearing here, in the photograph. You have a matching item. Where did they come from?”

“No, this was before then.”

“Uh, over summer, I think. Yes, summer. We were up in Northampton, there’s this jewelry store there…” I wait, still lost.

“Why this necklace in particular?”

“They were pretty.” I shrug. “They looked cute.”

“And can you describe to me the shape of these necklaces?”

My lawyer’s face changes to something like panic, but I still don’t know why, so I shrug again and answer. “It’s geometric. You know, like a—“

I stop. I can see it now. This was his plan all along, and it’s worse than we ever thought, but the word is hanging in the air waiting to be spoken.

“Like what, Miss Chevalier?” His voice gets louder, booming in the courtroom.“What was the necklace you bought for Elise?”

I close my eyes a moment.

“A pentagram.” I whisper.

“Speak clearly, Miss Chevalier.”
I say it again. Another murmur ripples through the courtroom: shock, speculation.

“That’s enough.” He cuts me off. “No further questions.”

“Miss Chevalier,” the judge interrupts me. “That’s enough! Do I need to return you to custody?”

I sink back into the witness chair. He’s left the photos up on display. Elise and Tate and I, covered in fake blood. Me holding the knife to her throat. Tate’s shirt open, his arms draped around us both. Elise and me licking strawberry syrup off the blade. The close up of the pentagram necklaces.
They say a picture is worth a thousand words, but these only have one: 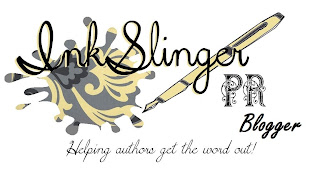