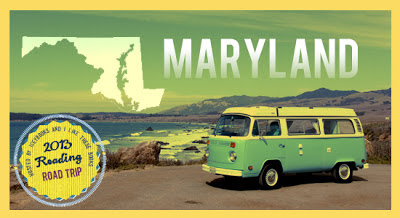 Hey there! Welcome to the Reading Road Trip Day 7! This fabulous blog event is coordinated by the amazing Britta from I Like These Books and Hafsah from IceyBooks.

I am BEYOND excited to share with you the wonders of MY state, Maryland! I am honored to have been chosen to represent Maryland. So, I hope you enjoy my post! 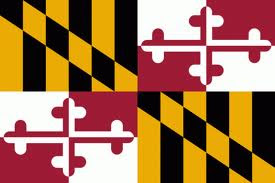 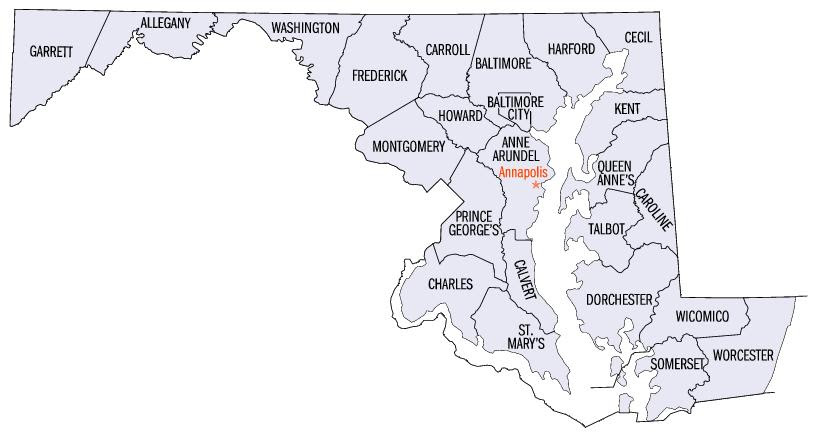 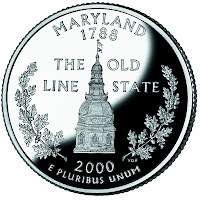 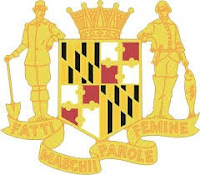 What's so great about Maryland?

- MD is one of the thirteen original colonies; it is the seventh state
- MD is the most democratic state in the USA
- The Baltimore Ravens (MD's football team) won the Superbowl in the seasons of 2000 and 2012!
- MD hosts the Pimlico race, one of the three races of the Triple Crown
- MD was one of the border states in the Civil War
- MD has Johns Hopkins University (HOLLA! I'll be a freshman there in August!), a top-15 university in the USA
- MD is the fifth greenest state in the USA (yay environment!)
- Baltimore, MD's largest city, used to be known as The City That Reads

(edited to add this section, because I'm clearly without a brain if I can talk about Maryland without mentioning Maryland foods)

- Blue crabs! From the Chesapeake Bay! So like, crab cakes. Crab dip. Steamed crabs. That sort of thing. I kind of don't like crabs (I know, I'm a disgrace to Maryland)
- Oyster... stuff. Oyster stew. Steamed oysters. I don't really like oysters either.
- Chicken. Okay, this one is really general, but one of the most known Perdue farms is in Maryland! Plus, there are a ton of privately owned poultry farms all over Maryland.
- Pit beef (sandwiches). Oh, yeah.
- BERGER COOKIES! The best cookies in the world!
- Smith Island Cake (the official dessert of Maryland)

The most distinct slang of Maryland comes from Baltimore - or "Balmar", I should say. Check this out:

- Hon is the most famous Baltimorese word, and it's an endearment
- Pavement ("payment") is the substitute for "sidewalk"
- O's is short for the Orioles (we're in Birdland, people!)
- Down the ocean typically means going to Ocean City
- Ok/Kay is used a lot in the beginning of sentences, but this might not just be a Maryland thing
- Wash can be pronounced "warsh"
- Carry can be pronounced "curry"
- Maryland can be pronounced "Murland"

I don't use most of those words/phrases/connotations in my speech, but I hear them all the time!

Famous Maryland People (NOT including authors):

- ME! (Couldn't help myself)
- Jen from Jenuine Cupcakes
- Hannah from The Irish Banana
- Lena from I Love Books Club
- Jessica from Step Into Fiction
- Steph from Cuddlebuggery
- Stacey from Fantasy Book Addict
- Scarlett from Books Before Bed
- Liza from Reading with ABC
- Amber from The Musings of ALMYBNENR
- Terri from My Book Boyfriend
- Rachel from Unforgettable Books
- Kelly from KellyVision
- Alexa from Writing the Universe
- Nadah from Reading, Writing, and COFFEE!

And now, for the giveaway!

Okay, so there are a ton of books set in Maryland, and even more books by Maryland authors. But I thought I'd give away a book that is one of my all-time favorites, AND recently got a new cover!

Recognize this beauty? Check out my review (and the old cover) HERE. 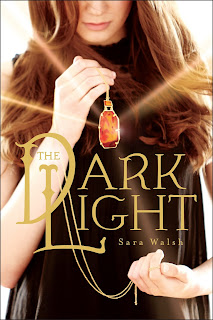 Mysterious lights have flickered above Crownsville for as long as Mia can remember. And as far as she’s concerned, that’s about the only interesting thing to happen in her small town.

That is, until Sol arrives. Mia’s not one to fall for just any guy, but she can’t get Sol—or the brilliant tattoo on his back—out of her mind.

Then Mia’s brother goes missing, and Mia’s convinced that Sol knows more than he’s sharing. But getting closer to Sol means reevaluating everything Mia once believed to be true. Because Sol’s not who Mia thought he was—and neither is she.

PLEASE read the rules in the Rafflecopter before entering!