Waiting on Wednesday (#147): Rebel of the Sands by Alwyn Hamilton 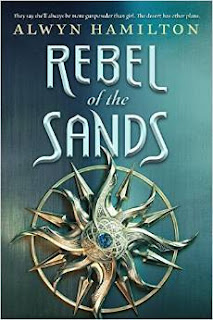 This sounds wonderful, just like something I would really enjoy!
Posted by Alyssa at 12:00 AM