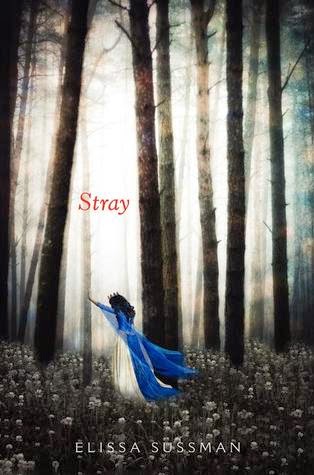 Ah! Original fairy tale plus fantasy plus subtle romance equals win! So much win! This book was awesomeeeee! I'm not used to fairy tales being full-length novels, but that's how they originated (most of them, I believe?). However, I LOVED this story. I LOVED Aislynn's struggles as a maiden, as a fairy godmother, as a girl trying to find her way.

Aislynn has really powerful magic. Her abilities sometimes spill over, getting her in trouble at her academy. She is a princess trying to push down her magic and find a suitable match so she can be married at sixteen and settle down. Everything is about staying on the Path, which is dictated by the headmistress of the academy, the Adviser of the family, even a little by the fairy godmother of the maiden... but not by the maiden. When Aislynn and her magic and her actions become too much for the academy, she is redirected to another academy, to be a fairy godmother (think NUN) of the lost and confused princess of two really important people (can't remember their names). Aislynn knows things aren't right, but she doesn't want to stray...

I thought I was going to have a hard time with this one because there is heavy emphasis on the Path, and what is good for everyone. This idea is a lot like destiny, I suppose, but like, someone chooses everything for you, so it's not... I don't know but I didn't like this idea of the Path at all. But that's just it - the author does an amazing job of developing the idea of the Path, and basically making me hate it.

It made me a bit angry how blindly Aislynn and all the maidens and fairy godmothers blindly followed the Path and the headmistresses and the Advisers and everyone - but again, this is a testament to how well Sussman built this world and constructed this idea. I hate the blindly following submissive thing, but I think the author did a really good job with this idea. It's one of those things that you hate, but then you're like, well, the author WANTS me to hate this.

So basically... the author did a fantastic job with the world-building. This is an original fantasy world, so it had to be creative and unique, and it was (in my opinion). I've never read anything with fairy godmothers portrayed as basically nuns? Cold, heartless nuns, but that sort of thing. Sussman definitely captured my attention, when it comes to the world-building and craftsmanship! And the story did too, of course.

I think I liked Aislynn, definitely more towards the middle and end of the book. Basically once she is out of the academy. I felt soooo bad for her when she was exiled to the next academy to be a fairy godmother. That's such an awful punishment, really. And the I hated the headmistress and her cruelty. I wasn't sure how to feel about Princess Linnea... in the end, I'm pretty apathetic towards the princess. Meh.

The story itself is quite intriguing. I wanted to know how Sussman would tie in the overall story arc with Aislynn's banishment to another academy. How would Aislynn having powerful abilities influence the story, how would that come into play with the evil queen, how would it help/hurt the princess? Would Aislynn get her own happy ending?

There is a subtle romance in this book. It's more like a friendship with romantic feelings. The only thing is, I sort of only saw Thackery functioning as a love interest. Was that the intent? I was hoping for more from the sexy gardener. He didn't do much besides tell jokes and pick flowers and help people escape sometimes... but that's okay, he's a fabulous love interest. I like how the romance is subtle but totally there but very underlying.

The ending was good! It wraps up like a standalone should, but I'm curious to see if Sussman will write companion novels in this world. I know there will be more novels, since the summary of this book says so, but will they be sequel stories, or companion stories? Tricky tricky...

I might have already mentioned my dislikes in the likes section (how backward of me, I know). I didn't really have much to complain about or anything - I wanted more from Thackery, as a protagonist, and not just a love interest. I wanted him to play a more important role, or be more manly or something. I just feel like he was part of the background - there, but not something/someone to really notice. Kind of.

4 stars. An excellent debut novel! I hope to read (and love?) the next books by this author!!