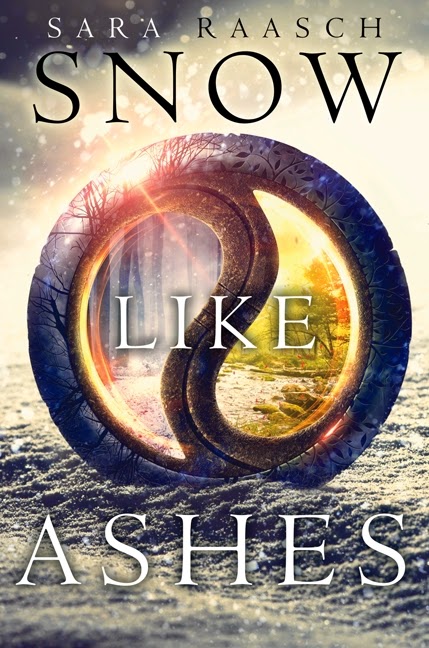 A heartbroken girl. A fierce warrior. A hero in the making.

Sixteen years ago the Kingdom of Winter was conquered and its citizens enslaved, leaving them without magic or a monarch. Now, the Winterians’ only hope for freedom is the eight survivors who managed to escape, and who have been waiting for the opportunity to steal back Winter’s magic and rebuild the kingdom ever since.

Orphaned as an infant during Winter’s defeat, Meira has lived her whole life as a refugee, raised by the Winterians’ general, Sir. Training to be a warrior—and desperately in love with her best friend, and future king, Mather — she would do anything to help her kingdom rise to power again.

So when scouts discover the location of the ancient locket that can restore Winter’s magic, Meira decides to go after it herself. Finally, she’s scaling towers, fighting enemy soldiers, and serving her kingdom just as she’s always dreamed she would. But the mission doesn't go as planned, and Meira soon finds herself thrust into a world of evil magic and dangerous politics – and ultimately comes to realize that her destiny is not, never has been, her own.

I admit, this book almost got pushed back indefinitely, because of the hype monster (as Jenna calls it). So many of the bloggers I follow have already read this book, and LOVED it. I don't think a single one of them have disliked this book and/or given it less than four stars. Which is a ton of pressure. ESPECIALLY since it's fantasy (epic fantasy), and that is my favorite genre. I'm happy to report that, at least for me, this book did not disappoint!

Meira is a soldier of Winter - a kingdom degraded to almost nothing, constantly on the run and hiding from the Spring kingdom, and its depot, Angra. The Winterians have lost their magic, because the conduit (the queen's locket) was broken in two by Angra. Only females of the line can use the locket to restore the locket, but Mather, the queen's only child, is male. Meira and Mather have been training since they were young, to find the two locket pieces. When Meira retrieves one half of the locket, things are set in motion. How did she get it, after all that time? How can Winter secure an alliance with the shifty  Rhythm kingdom of Cordell? How do they stop Angra and the Spring kingdom?

In the very beginning of this book, I was totally skeptical. It seemed slow and a bit cliche, and I didn't really feel sorry for Meira. Poor Meira, they won't let you go on missions. Poor Meira, Sir seems to hate you. Poor Meira, you actually retrieved half of the locket, woah. THAT was when things got interesting for me, about a tenth of the way in.

So in the beginning, I was kind of apathetic towards Meira. But by the end of the book, I was totally rooting for her. A large amount of time passes through this book, unlike most YA books. Especially first books in series. But so much happens. And in this "so much", we really get to know Meira, and understand her.

Meira retrieves one half of the locket, but then the Winterians must flee to Cordell and King Noam. King Noam wants Meira to marry his son, Theron, who is actually a decent person (whereas Noam isn't). Then things get dicey when Angra attacks. All of this happens in the FIRST HALF of the book. Trust me, I'm barely scratching the surface, so don't even worry about spoilers, because I have spoiled zilch so far (don't plan on spoiling anything!).

The world-building is awesome - I love fantasy, and I'm really hard on authors writing fantasy, because world-building is just SO IMPORTANT in fantasy. But Raasch did an excellent job of developing the world. I thought it was weird and interesting who Raasch used the four seasons and some of the twelve months as locations. At first I was like, that is SO unoriginal. But then I was like, ehhh, it's sort of cool.

I liked Meira, but I also liked most of the other characters. To be honest, I like Mather as a CHARACTER, but as a love interest, ehhhh. I like Theron a lot, as a character AND a love interest. Theron is headstrong, independent, and thinks for himself. His father is the king of Cordell, but Theron has some serious backbone, and totally stands up for himself, Meira, and the Winterians. I. Love. Theron. So much.

The story is really intricate, which I didn't expect. As I mentioned above, in the beginning, I thought the story was going in a very cliche direction. But this one seems unique, in the fantasy genre. The war is different from what I expected, and the twists and turns surprised me at times.

I'm pleased with this novel! I'm glad the hype didn't kill it for me.

The only thing that has me apprehensive about this series at all is the possibility of a love triangle. To me, it seems like Mather is the childhood obsessive love interest - meaning, Meira has loved him since they were kids, so it's THAT kind of love. But Theron is the new-guy-opposite-gender-totally-attracted-to-him kind of guy. He's also a guy that listens to Meira, stands up to and with Meira, and doesn't lie or make decisions for her. I genuinely like him.

If you like fantasy, then definitely check out this novel! It's a great fantasy novel, and I'm glad that I caved to the peer pressure earlier this year. I didn't know much about the novel, other than the fact that EVERYONE seemed to want it. So I downloaded a review copy from Edelweiss. It was a good decision!

4 stars. I'm pretty excited about book two! Hopefully there won't be a love triangle in this series. Come on, authors. You should know better by now! *nudges*