Interview with Robin Talley, Author of Lies We Tell Ourselves (and GIVEAWAY!)

Helloooooooooo, lovely readers! Today, I have a very special post for you. The fabulous Robin Talley stopped by my blog today for a sort Q&A, and she has a giveaway! Stick around the for the interview, information, and giveaway at the end of the post! 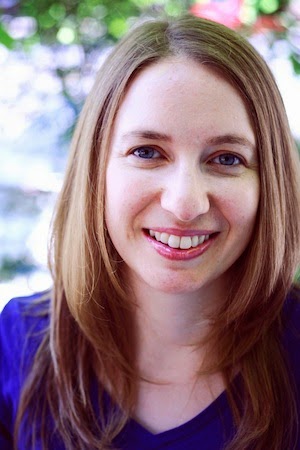 Alyssa: Hi, Robin! Thanks for joining me today :)

Robin: Thanks for having me!

Robin: Sekret by Lindsay Smith is amazing. It’s set in 1963 Moscow, and it follows a psychic teenage girl who’s forced by the KGB to become a spy for Russia. The writing is gorgeous, and it’s packed with action and lush historical details.

Alyssa: I liked Sekret a lot! Hmmm, how about favorite historical time period?

Robin: When it comes to time periods, I’d much rather travel forward than backward. So for this question, I’m going to cheat and go with the 1990s, when I grew up. Ah, the days of grunge, Bill Clinton, and “My So-Called Life”!

Robin: Rosalind Franklin! She did some of the most important scientific work on DNA in the 1950s, but her contributions were overlooked in favor of her male colleagues’ (shocking, I know). And she was definitely a hottie! 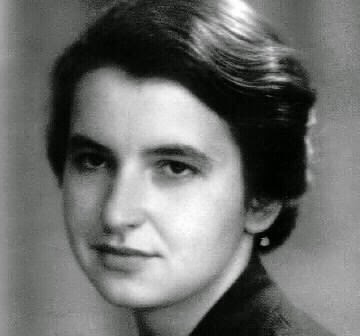 Alyssa: What’s the most challenging aspect of writing historical fiction?

Robin: It’s a tie between doing the research and getting the voice right. It’s difficult and time-consuming to research every single detail of the era you’re writing about, but it has to be done if you want your writing to be authentic. The same is true for voice. Once you go backward by a generation or more, you’re writing about characters who talked significantly differently than teenagers do today, so you have to read materials from that time period and be careful to make sure you’re matching the tone, phrasing, vocabulary, etc. of the time. It’s a lot of work!

Alyssa: … Would historical fiction be your favorite genre? Of course I must sneak that one in there :)

Robin: I actually don’t think I have a favorite genre. There are a lot of historicals I love, but that’s also the case for contemporaries, fantasies, sci-fis, thrillers… There are just too many amazing books out there!

Alyssa: What’s one historical fiction novel that you would recommend to readers, whether it’s YA or Adult? Fiction, though.

Robin: One Crazy Summer by Rita Williams-Garcia is pretty amazing. It’s about an eleven-year-old girl and her two little sisters who spend a summer in Oakland, California, in 1968, where they become involved with the Black Panther movement. The story is funny, fascinating, and incredibly moving.

Alyssa: What’s next for you to be published (or to be written, or edited, etc.), historical fiction or not?

Robin: My next book is contemporary, actually! It’s tentatively titled Unbreakable, and it follows a teen couple — Gretchen, who identifies as a lesbian, and Toni, who identifies as genderqueer — as they struggle to stay together during their first year in college, despite the growing rift caused by distance and Toni’s shifting gender identity. It’ll be out in fall 2015 from Harlequin Teen. I also just wrote a historical short story for Jessica Spotswood’s upcoming anthology, Petticoats and Pistols. I’m really excited for that collection ― it’ll be a great read for historical fans!

Alyssa: That’s it for today! Thank you so much for letting me pick your brain, Robin :D

Robin: Thanks so much! I love talking historical fiction! 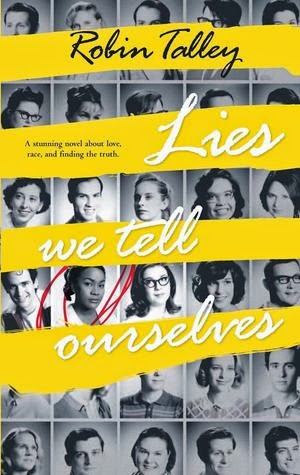 In 1959 Virginia, the lives of two girls on opposite sides of the battle for civil rights will be changed forever.&nbsp;

Sarah Dunbar is one of the first black students to attend the previously all-white Jefferson High School. An honors student at her old school, she is put into remedial classes, spit on and tormented daily.

Linda Hairston is the daughter of one of the town's most vocal opponents of school integration. She has been taught all her life that the races should be kept "separate but equal."

Forced to work together on a school project, Sarah and Linda must confront harsh truths about race, power and how they really feel about one another.

Boldly realistic and emotionally compelling, Lies We Tell Ourselves is a brave and stunning novel about finding truth amid the lies, and finding your voice even when others are determined to silence it.

Robin Talley grew up in Roanoke, Virginia, writing terrible teen poetry and riding a desegregation bus to the school across town. A Lambda Literary Fellow, Robin lives in Washington, D.C., with her wife, plus an antisocial cat and a goofy hound dog. When Robin’s not writing, she’s often planning communication strategies at organizations fighting for equal rights and social justice. You can find her on the web at www.robintalley.com or on Twitter at @robin_talley.