Waiting on Wednesday (#152): A Torch Against the Night by Sabaa Tahir 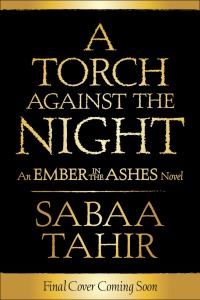 A Torch Against the Night by Sabaa Tahir
Book Two of the An Ember in the Ashes series
Publisher: Razorbill
Publication Date: April 26, 2016

Okay. You all saw how many promo campaign posts I did for this series. I LOVED An Ember in the Ashes and cannot wait for this (hopefully amazing) sequel!
Posted by Alyssa at 12:00 AM