Waiting on Wednesday (#150): Forest of Ruin by Kelley Armstrong 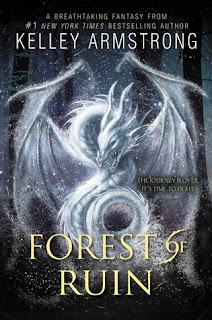 Sea of Shadows | Empire of Night

I loved the first two books in the series! I cannot wait to read this conclusion novel. Also, isn't the cover stunning?! :D
Posted by Alyssa at 12:00 AM