Hi everyone! Happy Monday! Who's ready for an awesome cover reveal! Formerly known as Maverick, Romancing the Bookworm is Kate Evangelista's upcoming contemporary romance novel, and I am EXCITED for this one!

So! Here is the cover! 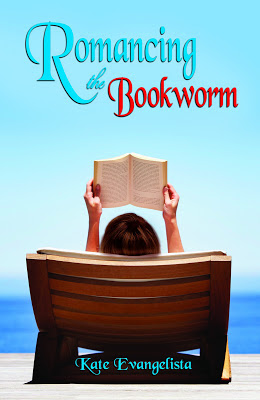 Add Romancing the Bookworm to your Goodreads shelf! 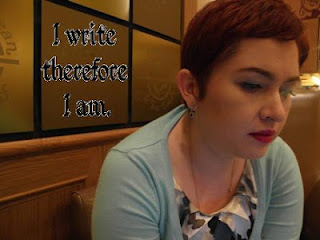 When Kate Evangelista was told she had a knack for writing stories, she did the next best thing: entered medical school. After realizing she wasn't going to be the next Doogie Howser, M.D., Kate wandered into the Literature department of her university and never looked back. Today, she is in possession of a piece of paper that says to the world she owns a Literature degree. To make matters worse, she took Master's courses in creative writing. In the end, she realized to be a writer, none of what she had mattered. What really mattered? Writing. Plain and simple, honest to God, sitting in front of her computer, writing. Today, she has four completed Young Adult novels.

What do you think of the cover?Are you excited to read this book? Does this sound like something you would read?
Posted by Alyssa at 12:00 AM