Hello, everyone! Welcome to the Four Summers blog tour! Today, I have an interesting guest post by the lovely author herself, Nyrae Dawn! Join the discussion about self-publishing and traditionally publishing books! 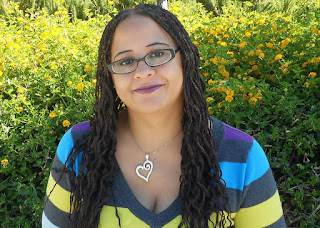 I WANT IT ALL!
by Nyrae Dawn

I WANT IT ALL!

Okay, maybe that’s going a little overboard, but then again, maybe not. When Alyssa asked me to talk about my writing journey, and self-publishing as well as traditional, that’s all I could think. I want it all!

I will admit my dream has always been to be traditionally published. When I started writing, self-publishing wasn't as widespread as it is now. I didn't know anyone who self-published, so it was all about writing and querying. I did that a lot. I didn't get my first agent until my 4th, YA (5th overall completed full length book). Before that, they were all rejections. I will say that as much as they hurt at the time, I am happy for them. They were learning experiences for me. They taught me to have tough skin and also, which is SUPER important, they taught me about writing.

I think the goal for each writer should be to get better with each book. If I had self-published the first book I wrote, the way I queried it (at the time 100% believing it was ready) I would be horrified. It wasn't good. LOL. At all. Hopefully, I’m a little better than that now.

I decided to give it a chance and I will be thankful for that decision EVERY single day of my life.

But there was still that dream that I’d had since I was a child. I wanted to walk into a bookstore and see my book. Despite my love of self-publishing and being so thankful for it, I wanted to keep going for that dream too.

Charlotte Gates is tired of being Charlie Rae. She loves the lake she was raised on, their rental cabins, and spending her nights under the stars…but inside she yearns for more.

After his freshman year, Nathaniel Chase’s family spends their first summer at The Village. From the beginning Charlotte intrigues him. She’s the girl who always says what’s on her mind, wins at night games, and each time she looks through her telescope, gets lost in the sky.

Charlie wants out of The Village. Nate wants her to have her stars. And they dream of being able to do it all together. But life isn’t as easy as their summers.

Each summer is told in alternating points of view between Charlie and Nate. Journey with the pair, and their friends, as they share their story about growing up, discovering who they are, making tough choices, and falling in love again and again.

Goodreads | Amazon | Barnes and Noble
Posted by Alyssa at 12:00 AM