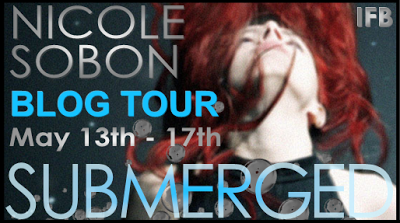 Welcome to the Submerged tour! Today is my stop, and I've got TWO posts. In this post, I will review Submerged. In THIS post, I have my favorite quotes from the book, and a giveaway! Enjoy! 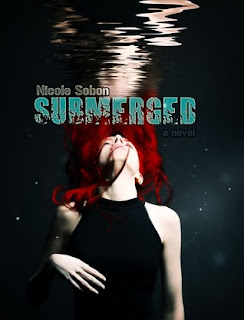 After a mysterious virus makes its way into the United States, the government demands that states seal themselves off from one another and do their best to protect their surviving residents. When the state of Florida is bordered off from the surrounding states, Taylen Fincher, a seventeen-year-old girl with a yearning for her former life finds herself wondering how much of what they've been told is true.

When Troum took control of the state, he told the residents that the other states had fallen to the virus and that he wouldn't allow the same thing to happen to them. But Taylen doesn't believe it. She insists that there is still life outside of the state, and she is going to do whatever it takes to prove it… but her actions will cost her more than she ever expected.

Troum kidnaps Taylen’s sister, Penelope, in hopes of coaxing her into behaving – into being a submissive resident, much like the others. But Taylen isn't one to give in that easily.

Eager to rescue her sister, Taylen will set out on an adventure that’ll force her to open her heart to the unexpected and to uncover secrets that will change everything.

I originally read this book back in December 2012. I worked with the author and shared my thoughts on the book. I am going to be honest: I had a lot more criticisms than praises. But I must say, after reading this book again, I believe that Ms. Sobon definitely took some of my suggestions and turned this book into a great read!

The world-building for this book was good! I definitely got dystopian feel, from the very first chapter.

This book was filled with action and emotion, and the ending was a happy one. I enjoyed this book (for the most part), while I was reading it. I will definitely be reading the second book!

I still had a lot of problems with this book, despite the improvements I did see. The grammar, and more specifically, the punctuation, needs a lot of work. While I was re-reading this one, my fingers were itching to grab a pen and just circle the places where commas were need, where they were misplaced, and so on. Of course, I couldn't do that, because I was reading the book on my Kindle.

I find Taylen very hypocritical at times. She tells others, like Clove and Penelope and Glate, that everything will be okay. Ugh. I hate when people say that. How do you know if things are going to be okay? ESPECIALLY when Taylen is constantly telling herself that there is no hope. Don't be a hypocrite, Taylen!

The scene in the forest, where Glate and Taylen and a few others square off - it wasn't particular believable, in my opinion. That few people couldn't kill or injure that many without obtaining injuries themselves. And the fact that Taylen has any skills at combat. She tells herself she can't fight anyone, but then we find her throwing knives and hurting people. Not really believable.

This is a general thing, but I'm a little confused as to how Troum knows of Taylen, specifically. Florida is HUGE. And I don't know how large the place where Taylen lived is supposed to span, but whether it's a city or the whole state, how does Troum know of Taylen and her "misdoings"? Why does breaching the guard and visiting the beach immediately brand her as a rebel and a "fighter"? How does that make her brave, the "spark", the "one" to start it all?

On that line of thought, who cares about Penelope? Why does the government care about one child? How will capturing one child bring down the "rebel", Taylen? Oh, of course, Taylen will behave if her sister is taken away. THAT makes sense.

On that thought, let me just say that Penelope? Taylen's sister? Acts like a child. I know I just called her one in the last paragraph, but I mean, she's ten. Not four. She acts like a four-year-old, and readers aren't given any indication that she has flawed mental capacities. She's so naive, but it's not cute or endearing. At ten, she should DEFINITELY be more mature than that. I expect my three-year-old cousin to act like how Penelope acts. Not a ten-year-old.

The romance was definitely lacking, in my opinion. We have Taylen and Glate established, but I really don't understand Lex's role in Taylen's love life. I know he is supposed to be a leg to the love triangle, but clearly he is no competitor to Glate. But I didn't really like Taylen and Glate together, so... yeah.

There are a lot of other things, but I think you get my point.

3 stars. This book definitely had a ton of improvement from the time I read it in December, but I am still shaky on the book as a whole. I will be reading the second book!