Spotlight Tour and Giveaway: The Crown's Fate by Evelyn Skye 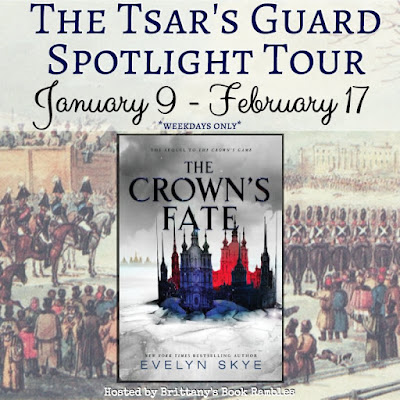 Welcome to the spotlight tour for The Crown's Fate by Evelyn Skye! Today, I'm sharing the top ten reasons why I'm excited to read The Crown's Fate. I hope you're as excited about this book as I am!

WARNING: Here there be spoilers, if you haven't read The Crown's Game! I tried to keep things as general as possible but sometimes it wasn't possible.

9. I need more Nikolai. Because... reasons. Nikolai was my favorite character in The Crown's Game, and I reaaaaaally hope we get to see more of him in The Crown's Fate. Like, a lot more. In any way, shape, or form. *wink wink*

8. I want to read more in this world. I love the setting of this series! I haven't read many books set or influenced by historic Russia. The author has done a beautiful job with the world-building in The Crown's Game, and I have no doubt that she's knocked it out of the park in The Crown's Fate.

7. More magic, please! Vika's and Nikolai's magical abilities are incredible. I hope both characters use their abilities in an even more stunning display, in The Crown's Game!

6. I want to know what kind of tsar Pasha will be. I make no attempts to hide the fact that I do not like Pasha, nor do I feel sorry for him in any capacity. What will he do, in The Crown's Fate? Will he continue to hate Nikolai for "betraying" him? Does he go mad? I really hope he goes mad.

5. Fooooood. I'm hoping to be kept hungry while reading this book! There better be lots of food throughout the story. :D

3. Now that the Game is over... what kind of story can we expect? I really want to see how the author is going to keep up the rich, magical, high-stakes quality of the first book, without the Game.

2. More Nikolai/Vika romance! There was NO kissing in The Crown's Game (how rude!). I ship Nikolai and Vika so much and hopefully they are the OTP... even with Nikolai's, um, problem, I'm sure there are ways around that. Make me swoon, dang it! (But not involving Pasha.)

1. My #1 reason to be excited about this book - it's book two of a duology! I love duologies! I am much more likely to finish a duology than a trilogy, so I'm really excited to finish this series and read The Crown's Fate.

There are my top ten reasons why I'm excited about The Crown's Fate! Tell me yours, in the comments. =)

About The Crown's Fate: 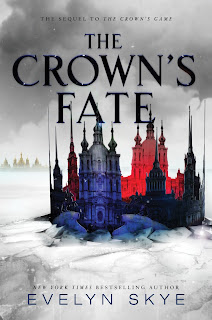 The gorgeous and darkly compelling sequel to The Crown’s Game—perfect for fans of Red Queen and Shadow and Bone.

Magic is growing, shadows are rising, and the throne is at stake…

Russia is on the brink of great change. Pasha’s coronation approaches, and Vika is now the Imperial Enchanter, but the role she once coveted may be more difficult—and dangerous—than she ever expected.

Pasha is grappling with his own problems—his legitimacy is in doubt, the girl he loves loathes him, and he believes his best friend is dead. When a challenger to the throne emerges—and with the magic in Russia growing rapidly—Pasha must do whatever it takes to keep his position and protect his kingdom.

For Nikolai, the ending of the Crown’s Game stung deeply. Although he just managed to escape death, Nikolai remains alone, a shadow hidden in a not-quite-real world of his own creation. But when he’s given a second chance at life—tied to a dark price—Nikolai must decide just how far he’s willing to go to return to the world.

With revolution on the rise, dangerous new magic rearing up, and a tsardom up for the taking, Vika, Nikolai, and Pasha must fight—or face the destruction of not only their world but also themselves.

Check out The Crown's Game: 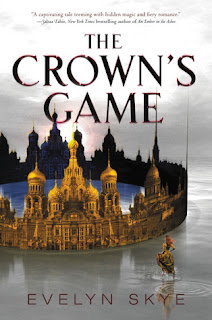 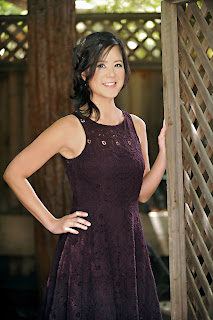 Evelyn Skye is the New York Times bestselling author of THE CROWN’S GAME (out now!) and THE CROWN’S FATE (May 16, 2017). She was once offered a job by the C.I.A., she not-so-secretly wishes she was on “So You Think You Can Dance,” and if you challenge her to a pizza-eating contest, she guarantees she will win. When Evelyn isn’t writing, she can be found chasing her daughter on the playground or sitting on the couch, immersed in a good book and eating way too many cookies.

Find the rest of the tour HERE!
Posted by Alyssa at 12:00 AM