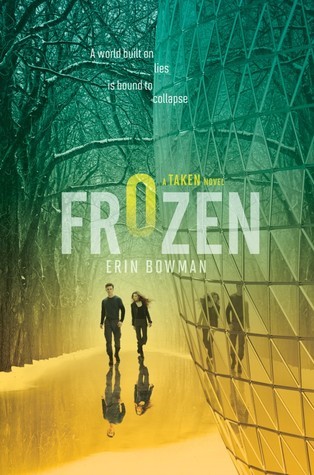 The Heists were only the beginning.

Gray Weathersby escaped from the primitive town of Claysoot expecting to find answers, but what he discovered shook him to the core: A ruthless dictator with absolute power. An army of young soldiers blinded by lies. And a growing rebellion determined to fight back.

Now Gray has joined a team of rebels on a harsh, icy journey in search of allies who can help them set things right. But in a world built on lies, Gray must constantly question whether any ally—or enemy—is truly what they seem…

YES THERE WILL BE SOME SPOILERS FOR BOOK ONE. YOU ARE WARNED.

I want to say that I liked this book overall. I mean, I'm giving it three stars, and three stars is generally seen as positive, so I suppose I did? I read it a few hours ago, and I'm still not one hundred percent sure how I feel about this book. I wouldn't go as far as saying that it is a sequel slump novel, but I definitely was a little bit disappointed. The covers are amazing though - not that that's something for which the author was responsible, of course.

Gray and the team are headed to the Group A sector, to find survivors of the sector, and convince them to join them in the fight against Frank and the Order. Sounds happy snappy, right? Everyone is just going to march to Group A, and the survivors are going to be all kumbaya, yes? Not entirely. That's not what happens, so don't worry about me spoiling things. I would never spoil the entire book for you like that.

One of the things that really stuck out to me was how much more "stuff" happens. I think in my review of the first book, Taken, I mentioned that once the truth about the heists is known, things go kind of downhill from there, in terms of the plot. Well, I found the plot to be slightly less predictable (slightly), and more things happen. Yay! What do I mean by more things? Like, I feel like Gray and the team actually go to places. Granted, yes, the entire book feels like they are walking and walking and walking and going nowhere. But things shake up when they go on a boat, and also when people start dying, and also when the Forgery/Forgeries become a huge deal (which is actually in multiple places in the book).

The Forgeries were also a cool aspect of the book. They definitely brought an interesting twist to things - and it was weird and awesome how many Bowman introduced. If you don't know/remember what a Forgery is, fear not. I didn't either. But trust me, you'll know very quickly (assuming you plan on reading this book/series).

I liked the continuance of featuring Gray's first-person perspective (versus adding another, or switching it up, or something). Gray goes through some pretty trying and traumatic times in this book, but I like the character he is becoming. Except when it comes to the romance (see below).

For the most part, this book was okay. I'm definitely glad I got to read it - I'm so grateful for knowing someone as fabulous as Jessica, and for her lending me her copy!

Let's start with the romance. The romance was a huge thorn in my flesh. In the first book, two girls are introduced - Emma and Bree. Emma is the childhood friend whom Gray has always loved, and Bree is the new firecracker girl that has captured Gray's attention. I liked Bree in the first book, because she was spunky and snarky and totally in-your-face-with-an-attitude. So I didn't really care about the potential love triangle aspect.

In this book, the love triangle basically becomes fully fledged, which is so annoying. It's like Gray can't make up his mind. One moment, he is ALL ABOUT Bree, the fiery spirited girl. The next moment, he is wondering about Emma, the softhearted angel of girl that he has always loved. I don't like the wishy-washy attitude.

What makes things worse is the way Bowman brings about this finicky thinking - it's SO FORCED. Like, she'll just insert this one random passage about how Gray is confused about his role with Bree. Or, insert paragraph here about how he misses Emma. Insert paragraph here, about how he totally wants to be with Bree, and argue with her and be pushed by her and not be boring with Emma. It's just SO RANDOM. In my opinion, it comes out of nowhere. There are like, four incidences of this random insertion of thought about his love life, and they felt really out of place.

Also, I really did NOT like Bree in this book. I feel like she was very whiny about her feelings for Gray, like she didn't want them. Or did she want them? I don't know, because she herself could NOT make up her mind. She seems very wishy-washy about things as well. And look, I know she's a girl, but in this book, she acts like a GIRL, a girly girl. I feel like she lost her edge in this book (one of the things I really liked about her in the first book), and Bowman kept trying to FORCE her edge into the pages, but it came across as forced and fake. Witty banter and threatening violence does NOT make you spunky or tough, especially after you just got down being all emo and depressed about Gray.

Enough about the romance. The beginning. I felt like this book took a while to get into. Honestly, that shouldn't be the case with sequels. Sequels should reintroduce parts of book one, and go straight into the book. But most of the first part was just walking aimlessly, really. I had to refrain from rolling my eyes and skipping to the next part. I bet if I had skipped to the next part, I wouldn't have missed any action, and would have been able to understand things very well. Because the beginning was slow. The rest of the book may have picked up, especially in the third and fourth parts, but the first part was slow.

Also, the last part - the last 60 pages or so - are a bit fast. Like, things happen REALLY QUICKLY, and I feel like I missed something (or some things). The ending was a blur, and I caught most of it, but things needed to slow down. Or be explained better. Like, I couldn't tell if Gray had injuries or he didn't or if he just blacked out for a second or WHAT HAPPENED, I DON'T GET IT?! For this one specific part. Don't worry, that wasn't a spoiler. Or don't take it as one.

And for the most part, this book can be summarized in like, a sentence. It's a destination/goal type of book, and honestly, it's a tad bit on the predictable side. YES, more "things"/events/action occurs in this book. But overall? It's a very simple plot. I feel like there were no layers to the plot, making the book seem a little flat, or without depth. I'm not saying have like, ten plots going on simultaneously. But this one plot seemed very tunnel-vision-like.

I know I'm forgetting something, but I'll stop there. I'll still read the third book, but my standards just dropped. A lot. A lot more than when they did after I read the first book.

Ehhh, this is tricky. If you were kind of so-so about the first one, then I wouldn't bother. I gave the first book three stars, but still resolved to read the second book. If I hadn't had that resolve (and if Jessica hadn't offered to let me borrow her ARC), then I probably wouldn't have gone to any lengths to read this book. There are no early e-copies available on Edelweiss, and printed review copies were limited. So I probably would have gotten it from the library. I haven't gone to the library in a longgggggg time.

Basically, if you didn't LOVE or really like or mostly like the first book, then you might not really like this one either. To each their own, of course, but this series isn't OH-MY-GOSH-SO-AMAZING or the next bestselling hit series or whatever. If you've got something better to read, then that's probably the better option.

And as I look over this same section in my review of book one, I realize that I said basically the same thing about book one - in terms of it's not a pressing book to read. So, yeah.

3 stars. I'm happy that this book had more of an action-based, interesting plot, but I'm still disappointed in several aspects of the books. I think I will read the final book in the series (I mean, I've come this far), but my expectations are officially... super low.