Welcome to the Salvage blog tour! I'm honored to be on the tour of such an awesome debut! Check out my review, and be sure to enter the giveaway! And don't forget to visit the other tour stops! :) 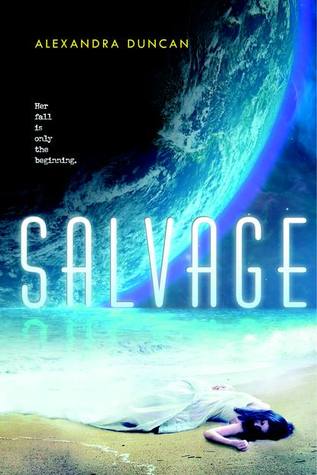 Salvage is a thrilling, surprising, and thought-provoking debut novel that will appeal to fans of Across the Universe, by Beth Revis, and The Handmaid's Tale, by Margaret Atwood. This is literary science fiction with a feminist twist, and it explores themes of choice, agency, rebellion, and family. Ava, a teenage girl living aboard the male-dominated, conservative deep space merchant ship Parastrata, faces betrayal, banishment, and death. Taking her fate into her own hands, she flees to the Gyre, a floating continent of garbage and scrap in the Pacific Ocean. This is a sweeping and harrowing novel about a girl who can't read or write or even withstand the forces of gravity. What choices will she make? How will she build a future on an earth ravaged by climate change? Named by the American Booksellers Association as a Spring 2014 Indies Introduce Pick.

I honestly was not sure if I would enjoy this book for several reasons, but I am really glad that I ended up really liking it! At first, while reading the beginning, I was like, there is NO WAY this book and I are going to get along. But Duncan has constructed a really beautiful novel!

There are several parts to this book. The first part is spent on the Parastrata, a merchant ship that flies in space. There is a society living on this ship - in fact, Ava has never NOT been on the ship. But trouble brews when she is given away as a bride, to a male on the Æther ship. She hoped it would be her childhood friend Luck (and he hoped so as well). They do something unforgivable, and everything falls apart. They are separated, and both are to die. But Ava escapes, and ends up on Earth.

The next part deals with Ava's adjustment to Earth, away from her ship, from her lost love Luck. She is taken in by a lovely woman and her daughter (the daughter's name is Miyole). She meets a boy named Rushil. She searches for her mother's sister. She learns to read and write (poorly, but she learns somewhat). But where does she belong?

At first, I HATED the first part, the beginning, on the ship. I hate the society on the Parastrata! It's sexist and totally debilitating for women. Women can't learn to read or write or be anything except laundresses and farmers. They are married off to the man of their father's choosing. Oh, and it's a polygamist society. No no no. So, I really did NOT like the society. I thought I would hate this book.

BUT, that's just it: Duncan does an AMAZING job of building and creating the society on the Parastrata. It's obvious that readers are supposed to hate the sexist society (unless you're a sexist, then I suppose you'll enjoy the first part - disgusting). I even thought I hated Ava, because she has no spine or backbone or willpower. BUT, then I realized: this is just how brilliant Duncan's writing is. Ava can't see fault in her society. She can't see how women have no rights in her society. She can't understand, because she doesn't know better. Ava doesn't have that seed of rebellion that many dystopia novels feature (not that this book is a dystopia). She only comes to change her way of thinking because she is forced out of her ship, and she goes to Earth (which was literally the LAST thing she wanted to do).

So, yeah. I loved the worldbuilding and the writing style. Duncan does a really good job of creating the world on the Parastrata, as well as life on Earth. It's polluted, dirty, garbage-filled, and there are definitely environmental themes in this book. YAY for that! And Duncan's writing style is really flowing and lovely. Sometimes it seems a little dry and boring, but it definitely fits the story.

The story is rather long and drags a bit, because you feel like nothing is happening. However, I like the journey - it's Ava journey, her discovery of who she is as a woman, as a real person who is appreciated for her talents (and not her ability to make children). It sounds cliche to say that this book was all about a character's quest to find herself, but in this book's case, it's totally accurate. Sometimes, I can understand the excessive length, because many, many scenes are necessary, to show Ava's changing views and growth as a character.

The romance is pretty obvious, in this book. There aren't too many males in this book, especially males around Ava's age, so when you spot this one guy, or this other one, or this other one, it's pretty obvious that he will be a potential love interest. I will say that there are two - I already mentioned Luck and Rushil. But there is NOT a love triangle in this book - not in the physical sense. The romance is important, because it shows that Ava is capable of making her own choice for herself.

Feminism is a pretty big thing in this book. Ava comes from a very repressive society, where there aren't many males, and the males that are present have many wives and many children and all of the knowledge, strength, and power. But when Ava goes to Earth, she is shown how awful and messed-up her society is. She learns of choice and empowerment, which is really important. I like the strong presence of feminism in this book, but it's also really subtle.

Overall, I enjoyed the plot of this book, Ava's journey. This book is great as a standalone, so I hope it stays that way. The worldbuiling is probably the best/most well-done part of the book. I hope that if others read this book, they enjoy and appreciate the undertones and themes of the novel!

This book is very long, and sometimes, you really FEEL the length of the book. Meaning, sometimes I felt like this book was unnecessarily long. Length usually doesn't bother me, when the book is really engrossing. AT TIMES, this book was not engrossing enough, so the length was daunting. I think Duncan could have cut this one down by maybe fifty pages (or more), honestly.

Otherwise, overall, I was pretty happy. Make sure you read what I said about the beginning of the book, on the ship. I HATED the society on the Parastrata, but it's that necessary evil that you hate, but at the same time, you totally appreciate it how WELL Duncan builds it and MAKES you hate it.

4 stars. I enjoyed this book! It is truly a remarkable debut novel (though that sounds really cliche), and I'm glad I had the opportunity to read and review it. 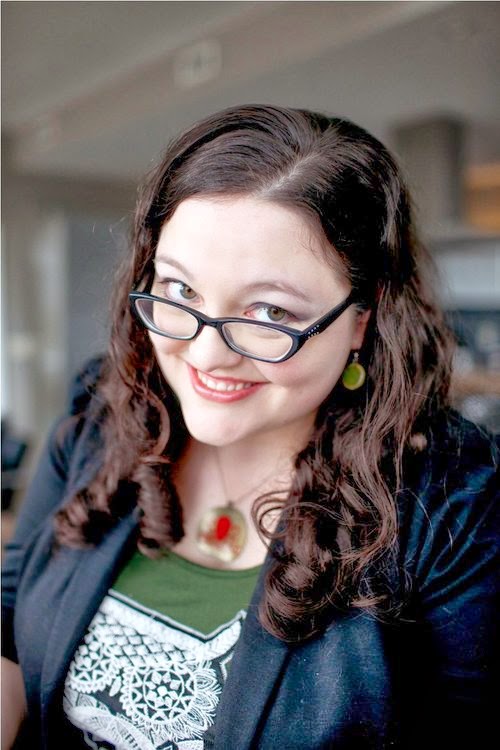 Alexandra Duncan is a writer and librarian. Her short fiction has been published in several Year's Best Science Fiction & Fantasy anthologies and The Magazine of Fantasy and Science Fiction. Her first novel, Salvage, is forthcoming from Greenwillow Books in April 2014. She loves anything that gets her hands dirty – pie-baking, leatherworking, gardening, drawing, and rolling sushi. She lives with her husband and two monstrous, furry cats in the mountains of Western North Carolina.