Welcome to the blog tour for The Fixer by HelenKay Dimon! I loved this new book of Dimon's, and I hope you will too. There is an excerpt below, don't miss it! 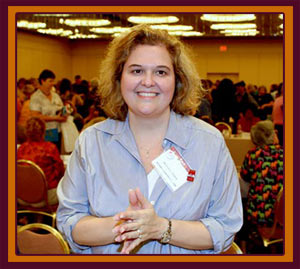 She didn’t hear footsteps or see a shadow until the legs of the chair on the other side of the café table screeched against the tile floor and a man sat down across from her. Strike that, not just a man. Not part of the usual striped-tie, navy-suit business crowd she waded through each day. This one had a lethal look to him. Dark hair with an even darker sense of danger wrapping around him.

He didn’t smile or frown while his gaze searched her face. Broad shoulders filled out every inch of the jacket of his expensive black suit. Those bright green eyes matched his tie and provided a shock of color to the whole Tall, Dark and Deadly look he had going on.

He managed to telegraph power without saying a word as a hum of energy pulsed around him. She fought off a shiver and reached for her spoon. Hardly a weapon, but something about this guy made her insides bounce and the blood leave her head, and she had no idea why.

“Excuse me?” She used a tone that let him know just sitting down without asking was not okay. Some women might like the commanding, takeover type of guy who assumed his presence was welcome everywhere. Not her.

“We need to come to an understanding.”

The voice, deep and husky with an edge of gravely heat, skidded across her senses. She felt it as much as she heard it. The tone struck her, held her mesmerized, before the meaning behind the words hit her. “Uh-huh, well, maybe we should understand that seat is already taken,” she said.

“Literally anyone else who wants it.” She looked down, making a show of taking the lid off her cup and stirring the few inches of coffee left inside. That struck her as the universal not-interested signal.

She waited for him to grumble or call her a name and scamper off. She had issued a dismissal after all. But his presence loomed and she glanced up again.

“Emery Finn.” Her name rolled off his tongue.

That shiver moving through her turned into a full body shake. “Wait, do we know each other?”

It was the way he said it as much as what he said. How he sat there without moving. Perfect posture and laser-like focus that stayed on her face, never wavering even as a pretty woman openly gawked at him as she passed by.

The surreal scene had Emery grabbing on to her cup with both hands. “So?”