A Look at 2016: Statistics and Numbers

I've done this post over the last three years, and I always enjoy putting it together. I'd like to share my end-of-the-year statistics roundup with you all. Like an annual report on my blog.

Here are some numbers and data for 2016: 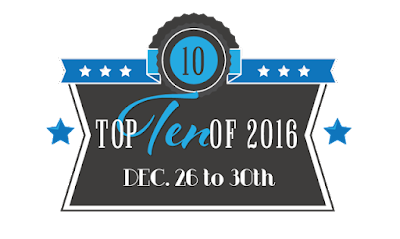 Data for Books read/reviewed in 2016: 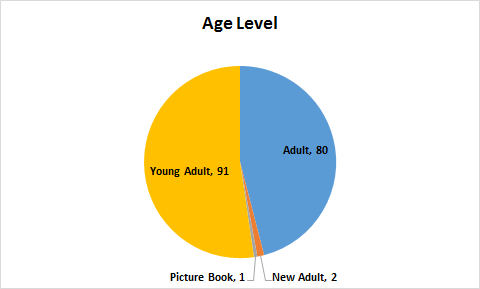 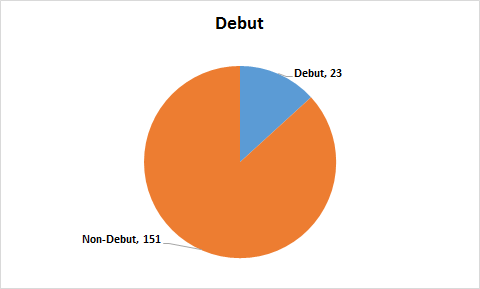 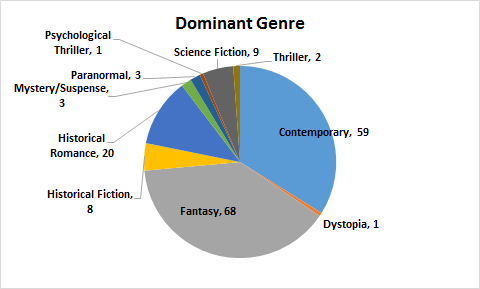 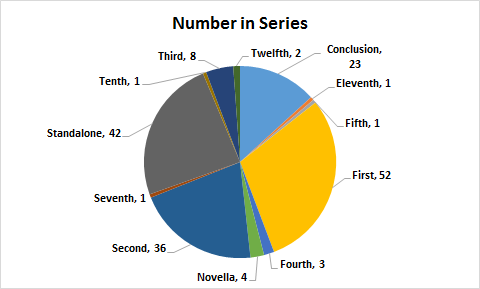 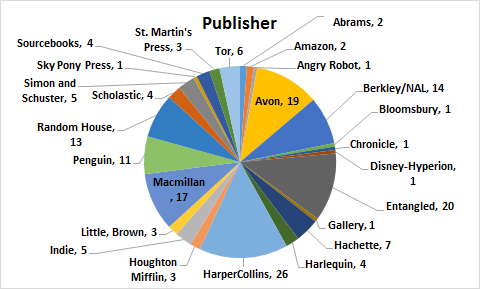 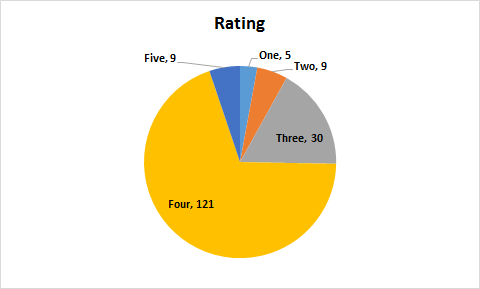 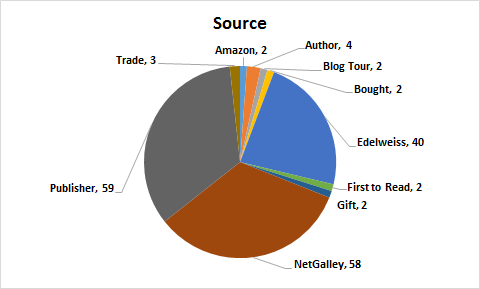 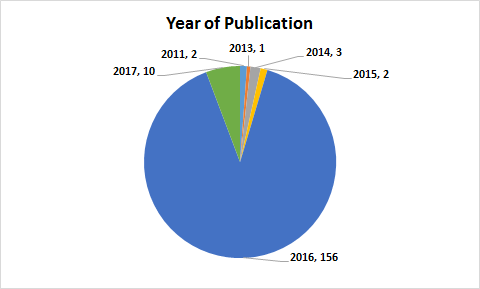 - Age Level: This year, my YA/adult ratio got even closer. I'm reading nearly as many adult books as I am YA books. This does not bother me at all! I love adult romance.

- Debut: This was a new category I tracked this year. I was curious to see how many debut novels (YA or adult or whatever) that I read in a year, especially with 2016 being a year in which YA debuts were so championed. It turns out... the "debut" label means very little to me, in terms of reading selection. Which makes sense - I don't really read books specifically because they are debut novels.

- Dominant Genre: Back to fantasy being the highest read genre! The large number of contemporary is due to all of the adult contemporary romance novels I read this year. See my comments on "Age Level" directly above.

- Number in Series: I'm still reading way more "first" novels than I'd like, but I also read a happy amount of standalone and conclusion novels.

- Publisher: Surprise surprise, HarperCollins dominates yet another year, in YA and adult. In my pie chart, "HarperCollins" refers to their teen imprints only (HarperTeen, Balzer+Bray, Katherine Tegen, etc.). Avon is an adult imprint of HarperCollins, but I have it noted separately.

- Source: I'm a little surprised to see my Edelweiss numbers drop. I didn't do a lot of downloading/requesting on Edelweiss this year, so it shouldn't surprise me, but still. I did a good job of clearing my NetGalley account though, and getting through print ARCs. It should surprise exactly no one that the main source of my reading material is review galleys (electronic or print). I'm not really in a hurry to change that, to be honest. I tend to read more if they're galleys.

- Year of Publication: 2016 was the biggest year, which is expected. I'm behind in my 2017 reading (that's really low, compared to where I want to be), and I did a poor job of reading backlist this year.

- Comment on unfamiliar blogs. --- Yes. I met a lot of great people by doing this.

- Comment on blogs (any) without them commenting on mine first. --- Yes. This year, I spent a lot of times commenting on blogs. I made that a priority over reading.

- Attend more events. (This isn't quite my fault - Baltimore doesn't have many!) --- Sort of? Besides the Baltimore Book Festival (my usual), I went to Kathy MacMillan's release party. That was cool! But really, I didn't quite meet this goal like I would have wanted.

- Keep up with the good commenting. Like I said, I made commenting a priority in 2016. I'd like to maintain that level of rigor (or do better), in terms of replies, returns, and new comments.

- Attend more events. This might actually happen since I'll be graduating in May, and hopefully employed after I graduate.


So that's that! The Eater of Books! blog in terms of numbers, for 2016. I'm a tiny bit disappointed in my reading numbers (especially my early reading for 2017), but I can't be too upset because I slayed in my academics. Between the two, academics will always come first. I'm really looking forward to 2017, in terms of reading and blogging. Hopefully it's a better year in general. Happy New Year, everyone!
Posted by Alyssa at 12:00 AM