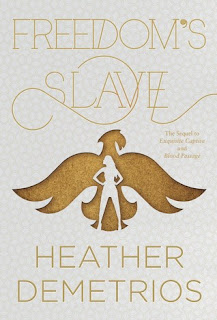 An Empress Fighting for Her Crown
After three long years in exile, Nalia is ready to return to her homeland and sit on the throne that is rightfully hers. But the gods might have other plans. Forced to endure untold horrors on the journey to Arjinna, Nalia learns that it will take more than cutting down the tyrant Calar to get her crown.

An Army Fighting to Survive
Raif’s return to Arjinna as the commander of the revolution against Calar and her army isn’t as smooth as he’d hoped. Though he has more soldiers than ever before, his love for Nalia is losing him the trust of his comrades...and the war. But little does the resistance know that insurrection is brewing among Calar’s own ranks—and from the one person she trusts the most.

A Land Worth Fighting for
Arjinna is dying—Calar’s evil experiments with dark magic and the strength of her own psychic powers threaten to destroy the land of the jinn. Is Nalia and Raif’s enduring love enough to transform and rescue their homeland? Will they be willing to save the realm, no matter the cost?

I've been enjoying this series, and I can't wait to see how it all ends!
Posted by Alyssa at 12:00 AM