Release Day Blitz and Giveaway: The Rose & The Dagger by Renee Ahdieh

Welcome to the release day blitz for The Rose & The Dagger by Renee Ahdieh! I am thrilled to be sharing this book with you all. If you loved The Wrath and the Dawn too, then you've been anxiously awaiting this sequel! Check out more, and enter the giveaway! 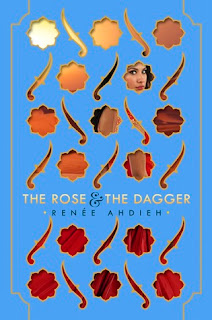 The much anticipated sequel to the breathtaking The Wrath and the Dawn, lauded by Publishers Weekly as "a potent page-turner of intrigue and romance."

Praise for The Rose and the Dagger:

“Above all there is the shattering, triumphant catharsis of love… In a story about stories, love is ‘the power to speak without words.’ Thrillingly full of feeling.”—Kirkus Reviews

“Fiery romance, a spirited heroine, shifting loyalties… With more than a few heartrending twists and turns.”—Booklist 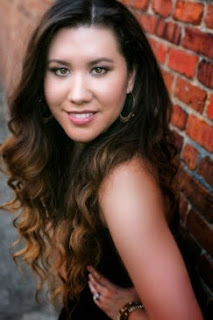 Renée lives in North Carolina (Go Heels!) with her husband Victor and their dog Mushu. Her YA fantasy novel, THE WRATH AND THE DAWN, will be published on May 12th, 2015. In her spare time, she likes to cook, dance salsa, and wreak havoc on the lives of her characters.

She’s also a member of the Society of Children’s Book Writers and Illustrators, as well as an active member of the Science Fiction & Fantasy Writers of America. 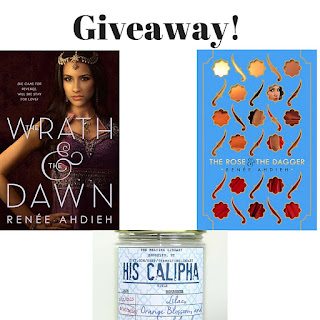 1 winner will receive a paperback of THE WRATH & THE DAWN, a hardcover of THE ROSE & THE DAGGER, and a His Calipha candle from The Melting Library’s Etsy Store, US Only. Ends May 3rd at midnight EST.