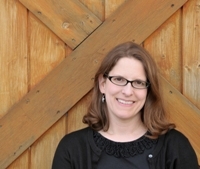 Nickname: Heavy K, Cap’n Kathy (<-- These are not made up!)
First Day of School: January 19, 2016
Homeroom: HarperTeen
Grade: Fantasy
Extracurricular Activities: President of the Sweet Sixteens, literary magazine editor, Hufflepuff prefect
Favorite Class: Linguistics
Favorite Quote/Motto: “A man can fail many times, but he isn't a failure until he gives up.” - Anonymous

Alyssa: Hi, Kathy! Thank you so much for joining me today on my blog!
Kathy: Thanks for having me, and for all the support you have given Sword and Verse!

Alyssa: No hardship there! My first question - how has the post-debut period been? It's been three months since Sword and Verse was published (woah!).
Kathy: It's been wild!  I was actually surprised at how much things ramped up three weeks before the launch, and it's been going strong ever since.  I've been doing school visits and I got to participate in the NoVa TEEN Bookfest, which was amazing!

Alyssa: How has the companion sequel process been going?
Kathy: It's been a little rough, to be honest.  I finished the first draft in late 2015, and what I should have done was put it aside  for a few months, as my usual process requires.  But instead I got nervous about the short time I have to revise and kept trying to do it too soon.  I ended up not at all on speaking terms with it for a few weeks, but I am back in the swing of revision now.  I tend to write sprawling first drafts, so revision is all about tightening up the story and reigning in the characters for me.

Alyssa: What's another YA fantasy series that you love that is also a companion novel series?
Kathy: The Queen's Thief series by Megan Whalen Turner.  I guess some might call them straight sequels, since they all revolve around gen to some degree, but I think of them as companion novels because the point of view characters differ so drastically in each.  I love the idea of exploring the same world from different points of view.

Alyssa: Can you share anything from book two? A teaser, a line, an unofficial synopsis, a tiny spoiler? ;D
Kathy: The sequel to Sword and Verse is from the point of view of Soraya, who brings a much more savvy, sarcastic worldview than Raisa did.  I'm just going to come out and tell you that the second book is largely about Soraya and Jonis's relationship, but it is not a romance. (At least not between the two of them.) I think people are so used to the hate-to-love arc in fantasy that many readers will expect that, but it just didn't feel right in their case.  For Jonis and Soraya, learning to trust each other at the platonic level is hard enough. That said, there is some romance in there, and since I know how much you love a good swoon, I thought I'd share a bit. I have removed the male character's name from the passage below, to avoid spoilers.

And then he kissed me.

It wasn’t gentle, but I had expected that; he was not a gentle man.  But it was warm, and forceful, and he seemed to be everywhere at once, though his lips didn’t leave mine and his hands only gripped my waist.  When he nudged my lips open with his, I let him.

For that few moments in the garden, I didn’t care about assassins or budgets or my sister’s nasty comments.  None of that existed.  There was only the perfect bliss of hot lips against mine, lean muscles under my hands, hair tickling my forehead.  For once I had found something effortless; I didn’t have to try, to plan, to scheme, to wonder how to make this work.  It just worked, all on its own.

I expected – wanted – his lips to wander down my neck, even arched my back a little, yearning for his hands to move somewhere other than my waist, but he just kept kissing me, deep and slow, until I felt so limp that if his hands had moved, I might have collapsed.  When at last he lifted his head, it was a slow withdrawal, as if he couldn’t quite bear to break away.  I was breathing heavily – not panting, I assured myself, as ladies did not pant – and even though my lips felt uncomfortably swollen, they also felt bereft, missing something they had never known they had wanted.

Alyssa: *bounces excitedly* YAY! Thank you for that! And thanks for joining me! I can't wait to read your book's sequel (please write faster)! :)
Kathy:  I'll do my best!  In the meantime, I am releasing Sword and Verse deleted scenes and extras from other character's viewpoints every month on my blog! Thanks for having me!

Kathy MacMillan is a writer, American Sign Language interpreter, consultant, librarian and signing storyteller. She holds National Interpreter Certification from the Registry of Interpreters for the Deaf.  Her diverse career includes working as a children’s librarian at public libraries, working a school librarian at the Maryland School for the Deaf,  leading the Eldersburg Library Bookcart Drill Team, and performing as Scooby-Doo, Velma, and a host of other characters at a theme park.  Kathy presents American Sign Language storytelling programs through her business, Stories By Hand, and also runs the storytime resource website Storytime Stuff.  She is a volunteer director and board president of Deaf Camps, Inc., a nonprofit organization that provides camps for deaf children.  Kathy holds a Master of Library Science from the University of Maryland, a Bachelor of English from the Catholic University of America, and a Certificate of American Sign Language Interpreting from the Community College of Baltimore County. She lives in Owings Mills, MD with her husband, son, and a cat named Pancake. 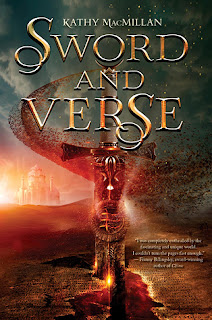