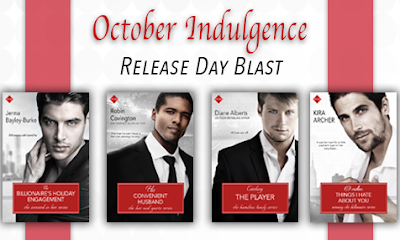 Welcome to the Indulgence release day blast! Entangled Publishing is thrilled to be celebrating the release of four brand-new, seductive Indulgence titles (yesterday). This imprint cannot wait for you to meet these sexy billionaire heroes, and to get you excited I'm sharing sneak peek teasers, and all of the details! PLUS- an exciting giveaway for a gorgeous Kate Spade purse! Be sure to enter!

About 69 Million Things I Hate About You: 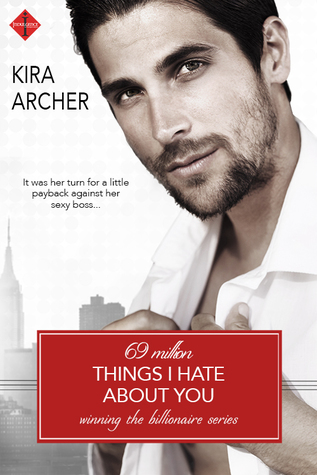 Driven into exile years earlier, due to family scandal, Declan Sinclair is called home, devastated to discover his brother has been murdered and he’s the new Duke of Darington. When clues point to the man he blames for both his exile and his brother’s death, Declan resolves to ruin the culprit. If only the daughter of the man’s business partner, lovely Lady Alethea Swinton, didn’t tempt his resolve.

Lady Alethea Swinton has cultivated her pristine reputation in the hopes of winning her father’s praise. When her childhood friend returns, Alethea finds she’s willing to court scandal and defy her father to help the handsome Declan uncover the truth behind his brother’s death. Until she realizes Declan’s redemption will mean her family’s ruin.

About The Billionaire's Holiday Engagement: 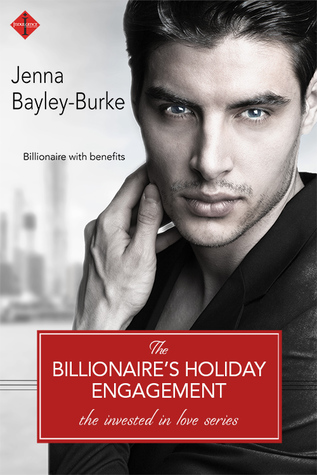 Venture capitalist Cameron Price is a workaholic and great at his job, but his boss is convinced Cam needs a more balanced life. A wife on his arm would prove Cam’s the right man to take over the company. When a gorgeous caterer cooks up the perfect event and catches Cam’s eye, he proposes an innovative arrangement they’ll both benefit from.

Lauren Brody knows Cam’s plan is crazy, but pretending to be his fiancée will allow her access to networking at events she’d never get into otherwise. It could be just the break she needs to get her catering business on the map and book the kind of clients she’s always dreamed of cooking for.

If she can convince Mr. Buttoned Up Tight to have some unscheduled fun along the way, theirs could be a perfect arrangement.


About His Convenient Husband: 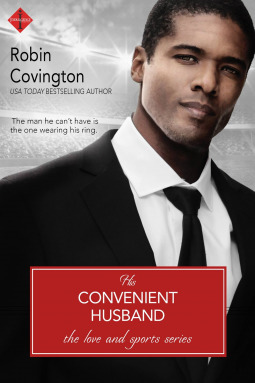 NFL football player Isaiah Blackwell lost his husband three years ago and is raising their teen son alone. He lives his life as quietly as his job allows, playing ball to support his family but trying not to draw unwanted attention. His quiet life is shaken up when a mutual friend introduces him to Victor, a visiting principal ballet dancer who is everything Isaiah is not.

Brash, loud, and gender fluid Victor Aleksandrov has applied for political asylum to avoid returning to Russia, where gay men are targeted and persecuted. He’s been outspoken about gay rights in his home country, and if he doesn’t get asylum, going back to Russia is a death sentence.

Their one-night stand turns into a tentative friendship, a relationship they both agree is temporary…until Victor’s denied asylum. Isaiah can’t offer Victor a happily ever after, but he can propose something that’ll keep Victor in the US and safe. . .marriage He just doesn’t expect his new husband to dance away with his heart.


About Catching the Player: 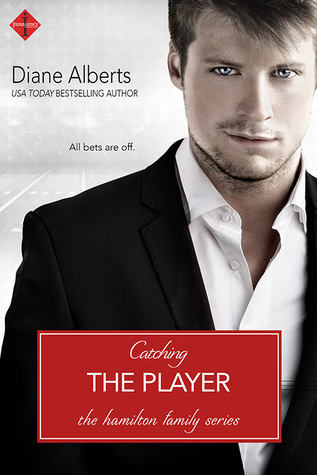 Kassidy Thomas decided to stop hiding behind her past, and start living, but she didn’t quite bet on that start including her singing a horrible song in front of the handsomest bachelor in the NFL, Wyatt Hamilton. She also doesn’t think he’d then consequently ask her out on a date, but turns out when you’re actually living life…crazy things happen.

He needs to win…

Wyatt Hamilton is a player in every sense of the word. Married to the game, he has no interest in relationships, love, or even second nights with the same woman. But from the second the girl-next-door beauty Kassidy knocks on his door to deliver a singing telegram, nothing goes as planned. He can’t stop thinking about her, and keeps showing up on her doorstep for more. That is, until the unthinkable happens…

And all bets are off.