Blog Tour and Giveaway: The Last Magician by Lisa Maxwell 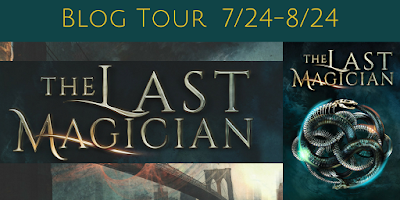 Welcome to the blog tour for The Last Magician by Lisa Maxwell! This is book one of a new fantasy duology. Isn't the cover gorgeous? I've got an excerpt below if you need a little extra convincing. And there are TWO giveaways! 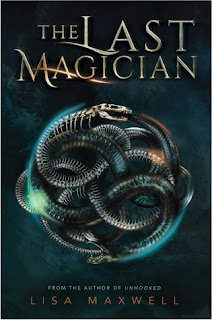 Stop the Magician.
Steal the book.
Save the future.

In modern day New York, magic is all but extinct. The remaining few who have an affinity for magic—the Mageus—live in the shadows, hiding who they are. Any Mageus who enters Manhattan becomes trapped by the Brink, a dark energy barrier that confines them to the island. Crossing it means losing their power—and often their lives.

Esta is a talented thief, and she's been raised to steal magical artifacts from the sinister Order that created the Brink. With her innate ability to manipulate time, Esta can pilfer from the past, collecting these artifacts before the Order even realizes she’s there. And all of Esta's training has been for one final job: traveling back to 1901 to steal an ancient book containing the secrets of the Order—and the Brink—before the Magician can destroy it and doom the Mageus to a hopeless future.

But Old New York is a dangerous world ruled by ruthless gangs and secret societies, a world where the very air crackles with magic. Nothing is as it seems, including the Magician himself. And for Esta to save her future, she may have to betray everyone in the past.

Lisa Maxwell is the author of The Last Magician, Unhooked, Sweet Unrest, and The Gathering Deep. She grew up in Akron, Ohio, and has a PhD in English. She’s worked as a teacher, scholar, editor, writer, and bookseller (at Little Professor Book Center in Alabama). When she’s not writing books, she’s a professor at a local college. She now lives near Washington, DC, with her husband and two sons. You can follow her on Twitter @LisaMaxwellYA or learn more about her upcoming books at Lisa-Maxwell.com.

Dolph Saunders was born for the night. The quiet hours when the city went dark and the streets emptied of the daylight rabble were his favorite time. Though they might have been criminals or cutthroats, those out after the lamps were lit were his people—the dispossessed and disavowed who lived in the shadows, carving out their meager lives at the edge of society.  Those who understood that the only rule that counted was to not get caught.

That night, though, the shadows weren’t a comfort to him. Tucked out of sight, across the street from J.P. Morgan’s mansion, he cursed himself for not being able to do more. His crew was late, and there was an uneasiness in the air—it felt too much like the night was waiting for something to happen. Dolph didn’t like it one bit. Not after so many had already disappeared, and especially not when Leena’s life was at stake.

It wasn’t unusual for people to go missing in his part of the city. Cross the wrong street and you could cross the wrong gang. Cross the wrong boss, and you might never be heard from again. But those with the old magic, especially those under Dolph’s protection, usually knew how to avoid most trouble. A handful of his own people disappearing in the span of a month? It couldn’t be an accident.

Dolph didn’t doubt the Order was to blame, but they’d been quiet recently. There hadn’t been a raid in the Bowery for weeks, which was unusual on its own.  But even with their Conclave coming up at the end of the year, his people hadn’t heard even a whisper to hint at the Order’s plans. Dolph didn’t trust the quiet, and he wasn’t the type to let those loyal to him go without answers. So Leena, Dolph’s partner in absolutely everything, had gotten herself hired as a maid in Morgan’s house. Morgan was one of the Orders highest officials, and they’d hoped someone in the household would let something slip.

For the past couple of weeks, she’d polished and scrubbed…and hadn’t found out anything about the missing Mageus. Then, two nights ago, she didn’t come home.
He should have gone himself. They were his people, his responsibility. If anything happened to her…

He forced himself to put that thought aside. She would be fine. Leena was smart, strong, and more stubbornly determined than anyone he knew. She could handle herself in any situation. But her magic only worked on the affinities of other Mageus. It would be useless against the Order.

As though in answer to his dark thoughts, a hired carriage pulled up to the side of the house. They hadn’t been expecting a delivery that night, and the arrival only heightened Dolph’s apprehension. With the carriage obscuring his view, he wouldn’t be able to see if there was trouble.

Before he could move into a different position, angry male voices spilled out into the night. A moment later, the door of the carriage slammed shut and the driver cracked his whip to send the horses galloping off.

Dolph watched it disappear, his senses prickling in foreboding as the sound of fast footsteps approached. He gripped his cane, ready for whatever came. 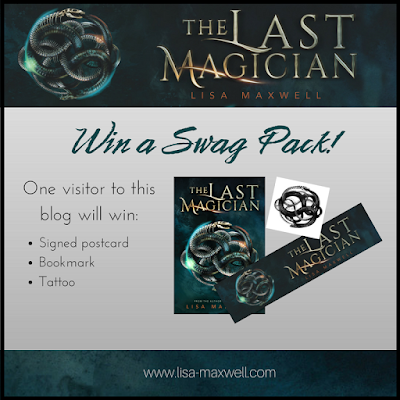