Welcome to the blog tour for Highland Flame by Mary Wine! I read this book over the weekend and I loved it a lot. The entire series has been a delight, starting with Highland Spitfire. If you like Scottish/Highlands historical romance, don't miss this steamy series! 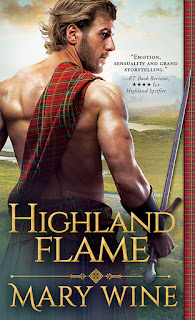 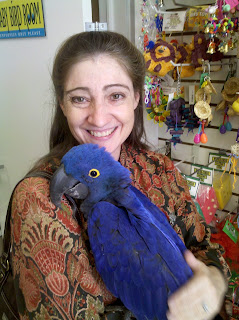 Historical facts you should know:

1. A reverence was the proper greeting for this era, sometimes called courtesy. You stepped back with one foot, bent at the knee, keeping your back straight and ‘lowered’. If you were the higher ranking person, you would do the same and it was called ‘offering courtesy’, meaning it was a polite way of greeting one another. Even Queen Elizabeth Tudor lowered herself before the archbishop of Canterbury.

2. Every house had a buttery….it was where the butts of ale were stored.

3. A butler was the man who kept the keys to the buttery. In this period, he was huge and someone who could defend those keys with his brawn because ale was essential to survival in winter.

They both fell silent again as they consumed more of the food and faced a topic neither of them had any experience with. Not many a man did. It was why men wed, and women too, because together a man and woman might combine their knowledge to make a successful home. He’d been taught the logistics of defense and negotiation needed to foster relationships with other lairds.

But how much fare to put on the tables?

He had no idea or even how to go about making sure there were ample hands to prepare the food. Diocail felt his brain throbbing as he contemplated all the things needed to run a kitchen, and those were only what he knew about. What truly nauseated him was that he knew damned well how lacking his knowledge was. He knew how many men to ride out with, how many horses, and his education continued on to include how many blacksmiths it took to make sure those horses were shoed, how many stable lads it took to make certain those animals were fit to ride, how much feed and what sort was needed to maintain a horse’s strength.

A hundred details, and a kitchen was no different. No wise man made the mistake of thinking it an easy thing to keep running smoothly. Their current circumstances were proof of that surely enough.

“Ye need a wife, one raised with the education to see this place set right. No’ that any decent girl would have this house as it is,” Muir added. “Try to contract one, and she’ll run home to her father the moment she sees the condition this castle is in. But ye need one. A wife, that is.”

“I hoped to have a bit of time before getting down to that part of being laird,” Diocail groused.

“Best set yer secretary to sorting through the offers in Colum’s study.” Muir didn’t offer him any respite.

“Do nae hold out any hope,” Diocail replied. “There is a decade of letters sitting there. Any offers are long past their time of opportunity.”

His new lairdship was proving to be far more challenging than he’d ever thought it might be. Somehow, in all the times his mother had spoken to him of the day he’d take over the Gordon clan as laird, she had never mentioned just how complicated the duty was. There was building to consider, horses, men, training—and the list went on. All things he’d been taught as a man.

Now there was the kitchen, and God only knew what else went along with running one smoothly.

He let out a grunt. Here was something he knew less about than the Lord above.

And, more precisely, a lady and the duties she would have been trained to do.

There were reasons a laird wed a woman from a highborn family, and one was that she would come with an education as diverse as any given to a laird’s son. Running a kitchen was more than turning bread; it was knowing how much bread to set out to rise in the morning so that the supper table was full and how much grain was needed to make it through the winter and how many hands were needed to produce it all. His head began to ache. He didn’t know what went into bread, much less how much was needed to see an entire castle through a day, but as laird, his duty was to make certain the tables were laid with fare.

Nor did he know anything at all about helping a lady settle into the place he hoped she’d make into a home.

Muir was correct; she would run back to her father before sunup.

Diocail took another swig of the whisky, wishing it would dull his senses.

But all it did was warm him enough to make him conscious of the draft coming through the holes in the roof. He tipped his head back and discovered stars peeking at him where tiles were missing, likely from the winter storms. Colum was a bastard for leaving his people to such circumstances.

And his nightmare, it would seem.